Redfall and Starfield delayed until first half of 2023

There were rumors and some speculation, but now it's official. Bethesda has delayed Starfield and Redfall until the first half of 2023.

On their official Twitter, there weren't many details other than saying they want the time to ensure the best, most polished versions of both of them and that the two games are now off of the 2022 release schedule.

While disappointing, it's always the better decision to delay a game than to release it in a bad state. Fallout 76 was pretty buggy and the reputation for that game took a big hit upon release.

Now that Bethesda and Arkane are under the Microsoft umbrella, I would think they can afford to take their time to make their games better and squash as many bugs as possible before finalizing a release date.

I know a lot of fans will be sad about the news, but we can hope that the delay can produce a game that Bethesda can be proud of upon release and fans can enjoy. 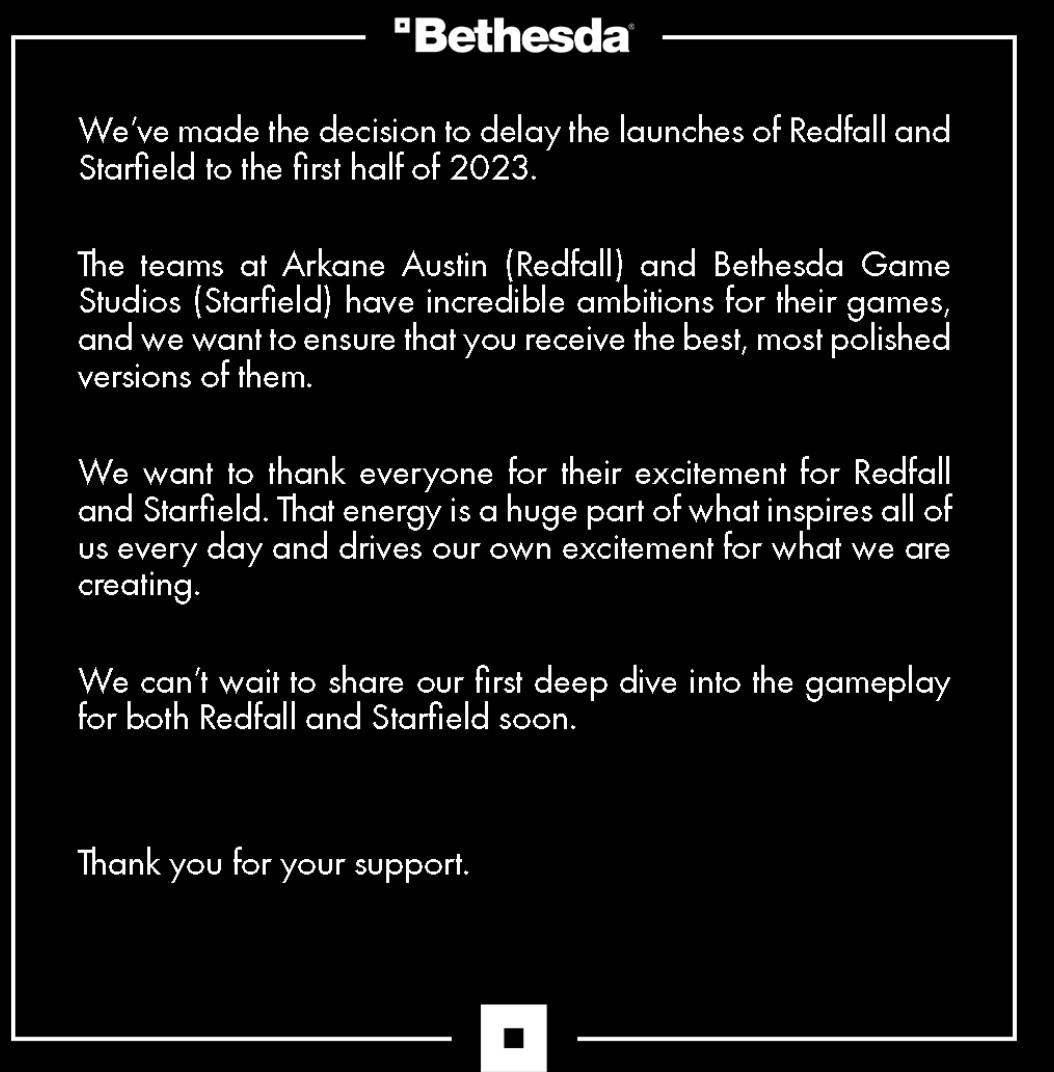