Well there were rumors that this would be happening but we got the official confirmation today. We are gonna have to wait a little bit longer to kill the Justice League.

Confirmed by Sefton Hill, Creative Director and co-founder of Rocksteady, Suicide Squad: Kill the Justice League has been delayed till Spring 2023.

While disappointing, I think everyone is used to these delays by now and of course we would rather have a game that isn't completely broken at launch. Plus we will have Gotham Knights to hold us over until Suicide Squad is released. 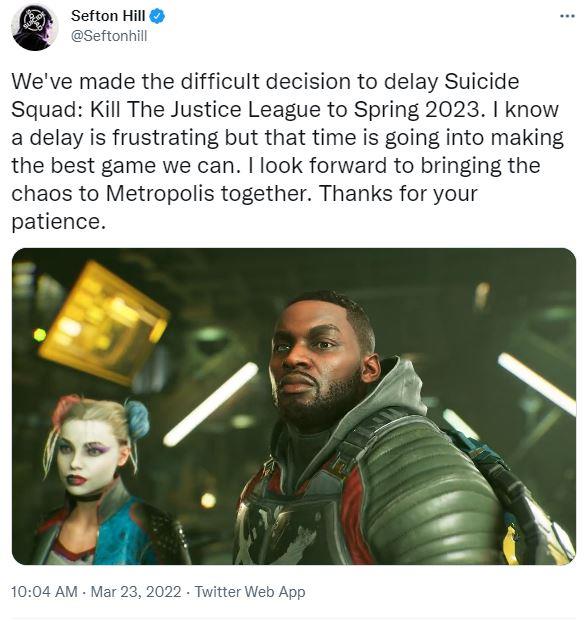