Techland dropped an infographic onto Twitter this weekend stating that Dying Light 2: Stay Human would take around 500 hours to complete. After a furor of jokes and speculation erupted throughout the weekend about how long it would take to release the game (I'm guilty of this as well - joking about taking eleven work weeks to submit the review), Techland popped back in with a new infographic, clarifying what it meant. 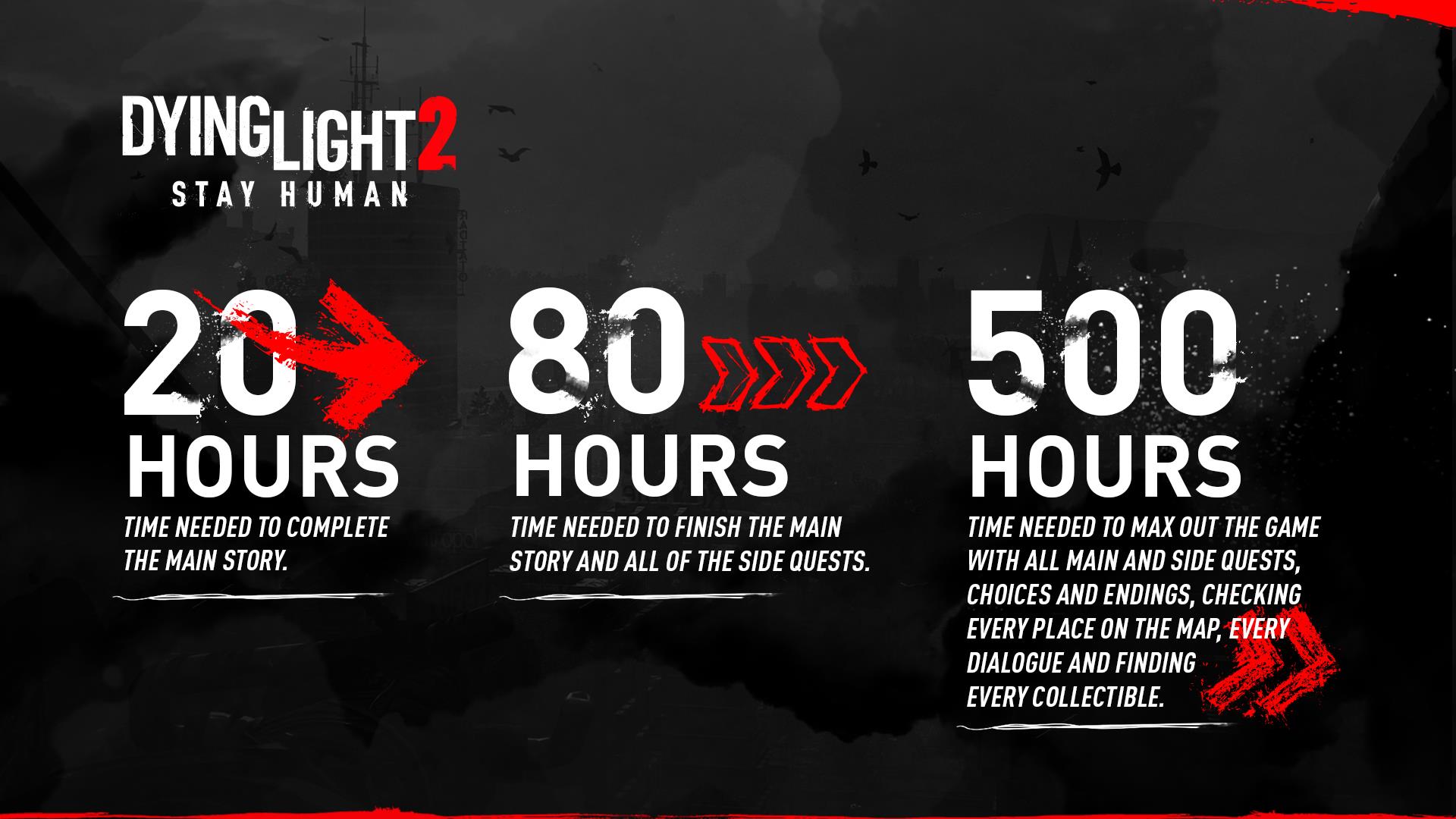 The 500 hour number applies to completionists - those players that engage with the game on a super deep level - those that will "find every collectible, listen to every dialogue, fetch every Easter egg, finish every possible ending, and visit every corner of the  world." After people spent hundreds of hours on the original 30-hour game, the original infographic was to assure them that this game will be just as chock full of content - with a post-release roadmap scheduled to bring even more.

For more information on Dying Light 2: Stay Human, check out the final episode of Dying 2 Know, on Thursday at Noon PT (Friday 7 AM AEDT), where the team at Techland will be showing off the co-op experience and gameplay on previous-gen consoles.