It's been two years, the Dell Alienware UFO concept is nowhere to be found

It's been two years since we've seen the Dell Alienware UFO concept that caused a lot of buzz at CES 2020. It was their concept of a PC handheld that took a Switch approach with removable controls and a stand to prop up the display. It was really slick and something that a lot of people seem to want.

Fast forward two years later and not a peep about it. And that's crazy because we've had a few of these form factors from other companies and Valve's coming out with the Steam Deck next month.

Dell had a few years lead on Valve and in some ways, their concept has things that I like over the Steam Deck. For starters, the removable controllers allow for you to game in multiple ways, either by holding the entire unit close to you or using a table and playing with the screen set somewhere while you have the controllers in your hand.

It has a kickstand so you can set it the display upright and use it at a comfortable angle. Just like the Switch, you can place it on a flat surface and not have to rely on something external to keep it up.

The Steam Deck has neither of these and the pre-sale reserverations sold like gangbusters.

And just like the Switch, you could dock it and play games on a bigscreen TV. It was going to be a great portable gaming PC and after two years, silence.

There's the AYA Neo, GPD Win devices, OnexPlayer and upcoming Steam Deck, but Dell with all their resources and lead time wasn't able to get one to market. It's disappointing really as you can see small players being able to push their products to market, yet one of the largest PC producers sit idlely by as the others gobble up the market share in PC portable gaming.

The demand is there as seen by the reception of the Steam Deck announcement and pre-purchase event crashing their website. As with many things at CES that showed a lot of promise, the Dell Alienware UFO concept looks to be another one of those If Only products to not make it past the show floor. 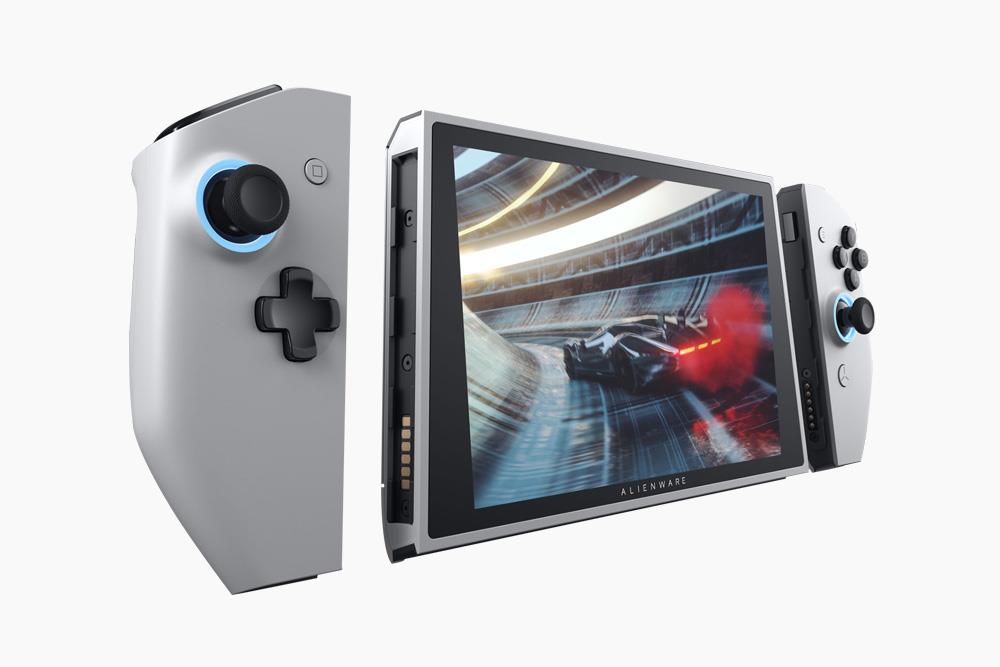