Aaero, a unique rhythm game originally released back in 2017, is getting a physical release courtesy of Strictly Limited Games. A new Complete Edition will offer the core game and all of its DLC, while a Limited Edition will offer fans a small mountain of goodies - everything from a bottle opener to a concert-style poster. 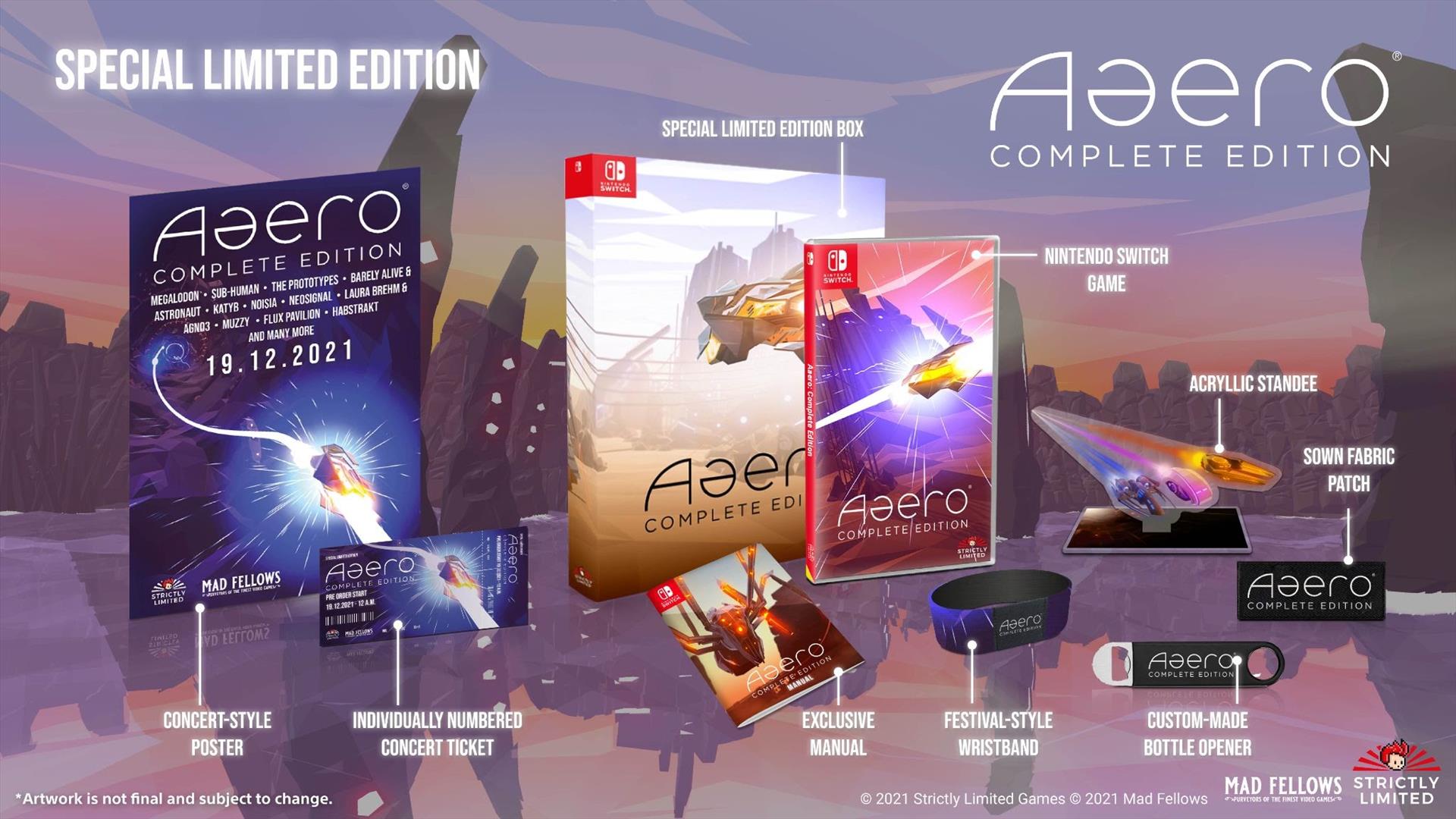 Aaero puts players into a little bug-like ship and charges them with following along with a line of music while avoiding obstacles and enemies, while an EDM soundtrack pulses along with the action. Think Thumper - but more fun and less freaky. The game includes 21 levels and four game modes - including a "Chill Out" mode for people like me that are terrible at rhythm games.

Aaero was a critical hit when it released, scoring a very solid 80 on Metacritic. In Gaming Nexus' review, we said "One of the most visually and auditorily exciting games I have ever played, Aaero provides such an exciting sensory experience that I would recommend it to everyone."

Pre-orders are scheduled to kick off on Sunday, December 19th at 12 AM CET. Get more info on the various physical editions of Aaero here.