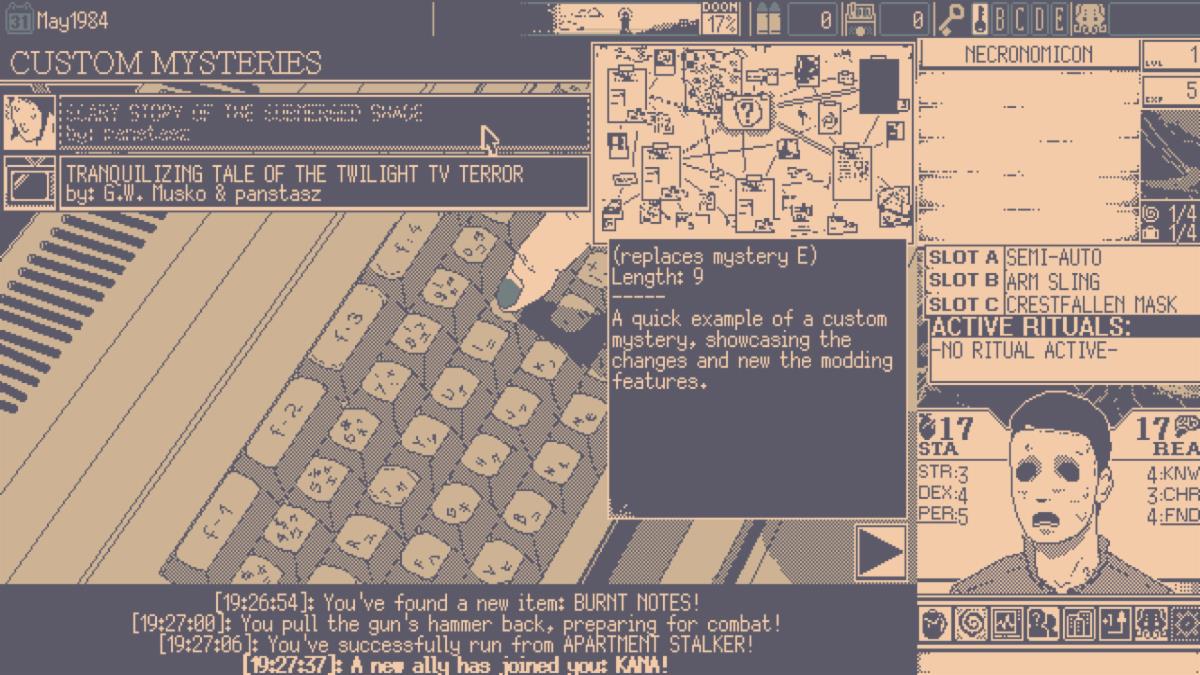 WORLD OF HORROR is a black and white retro horror roguelite RPG inspired from H.P. Lovecraft and Junji Ito, developed by panstasz and published by Ysbryd Games. The game has been in early access since early 2020, but the largest update since its early access launch just dropped, titled "THE CEASELESS CURSE".

Here's what the newest update includes:

WORLD OF HORROR is launching its 1.0 version in 2022 on Nintendo Switch, PlayStation 4, itch.io, GOG, Windows Store, and Steam for PC and Mac.

Check out the initial early access launch trailer below: