Physical versions of the GTA Trilogy are delayed

Grand Theft Auto: The Trilogy Definitive Edition's launch was.. well a complete disaster. All three of the games in the trilogy had a number of issues. Whether is was improper lighting and fog effects, bugs and glitches and hilariously bad character models, these games did not get the HD update that they rightfully deserved. Rockstar has responded since with promises of updates to fix the games but this is yet another one of those situations where it never should have been released in the first place and should have been delayed.

Speaking of delays, if you wanted a physical edition of the collection, you'll have to wait a bit longer. Confirmed on their official Twitter account, the physical editions of the trilogy have been delayed.

The Xbox Series X, Xbox One and PS4 versions will now release on December 17th 2021. The Nintendo Switch version has been pushed back farther, releasing in "early 2022" with no exact date given. 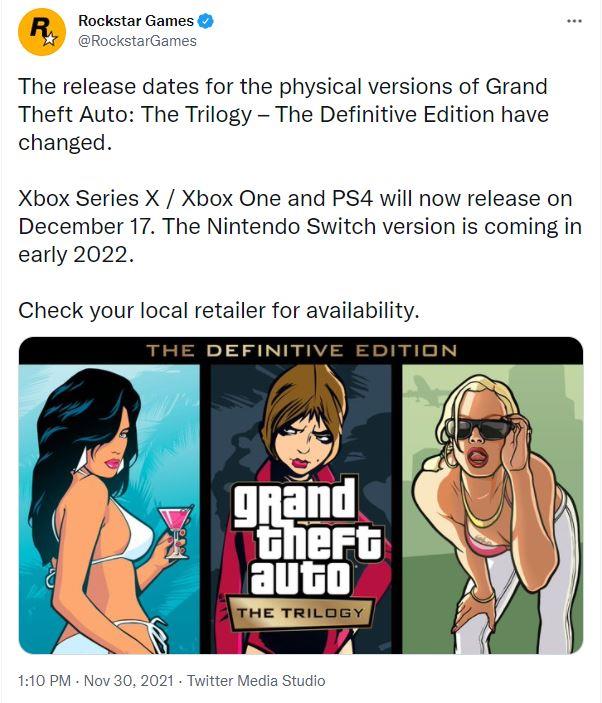