Back 4 Blood shows off roadmap for the future

I’ve found Back 4 Blood to be an absolute blast when I can manage to find and then convince three friends to play at the same time. Back 4 Blood comes from the creators behind the Left 4 Dead franchise and serves as a spiritual successor to that franchise, while still being its own thing. “The Back 4 Blood story takes place after a catastrophic outbreak where most of humanity has either been killed or infected by the parasitic Devil Worm. Hardened by unspeakable events and emboldened to fight for the last of humanity, a group of apocalypse veterans called the Cleaners have rallied to take on the infected horrors known as the Ridden and reclaim the world.”

Today  Turtle Rock Studios is starting to show players what the post-launch content roadmap will look like, beginning this month. Upcoming Free Updates will include a solo offline mode with campaign progression, new difficulty level, new co-op mode, all-new cards and card type, a holiday seasonal event, and much more.

There is also a hint of the first expansion from the Back 4 Blood Annual Pass, called Tunnels of Terror, available next year. There will be new story content, playable Cleaners and Ridden, activity type, weapons, cards, and exclusive skins.

Below is a full rundown of upcoming free updates: 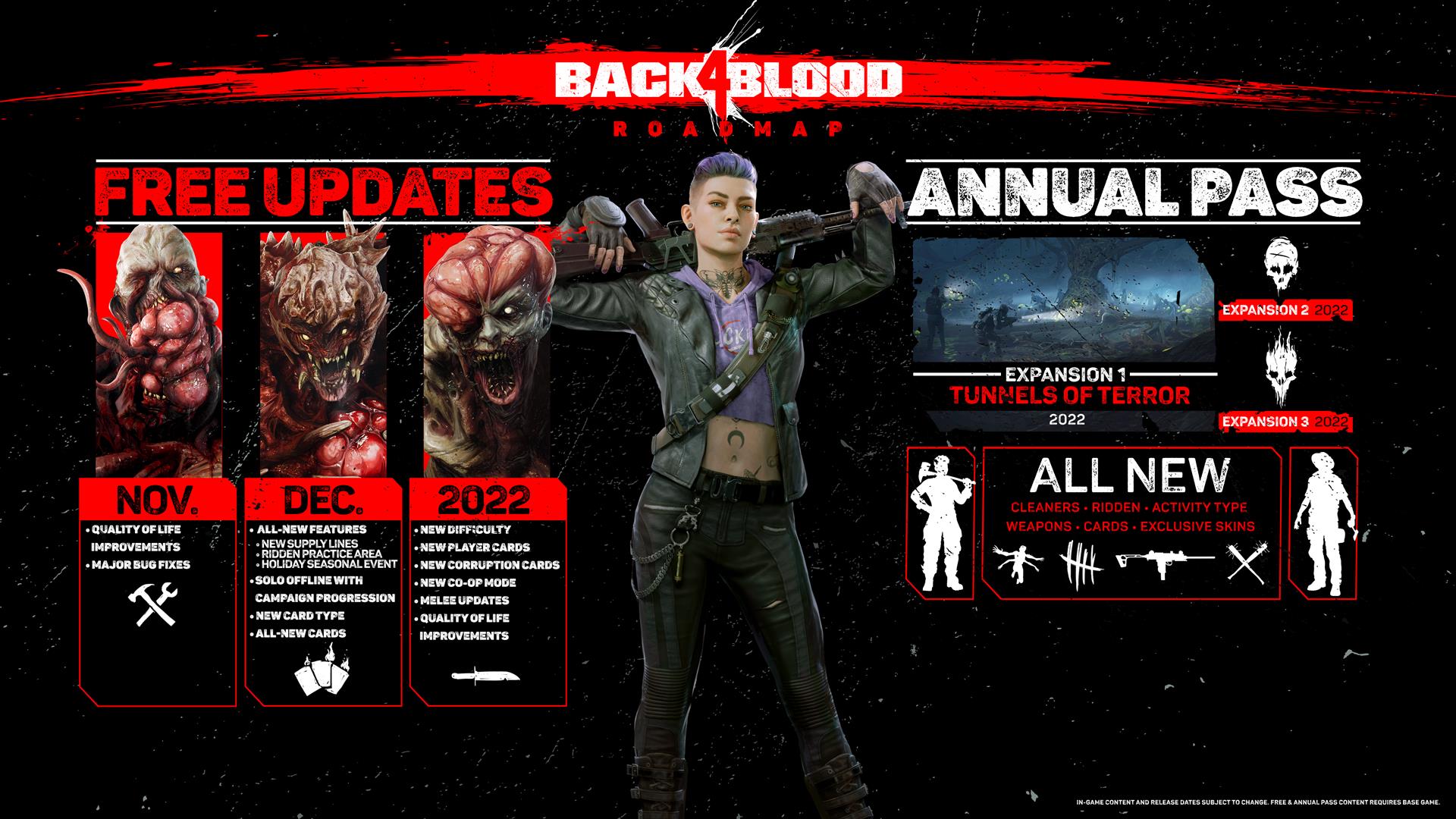 Back 4 Blood is available now for Xbox Series X|S, Xbox One consoles, PlayStation 5, PlayStation 4 and PC. The game is also available on Game Pass, giving almost no excuse to at least try it.