Where on earth is that jungle barn car in Forza Horizon 5?

If you are anything like me, you won't rest until you have located every single barn car in Forza Horizon 5. As I noted in my review, one of my favorite mechanics in the game is the barn car treasure hunt. Occasionally, Horizon 5 will ping the player, noting that there is a car hidden in a barn somewhere on the map. The game will highlight a decent-sized space on the map - probably about one square mile. Most players will probably poke around a little bit then next time they are in the area, but I was obsessed. I would drop everything and zip right over there to start the hunt.

I found most of the barn cars pretty quickly, after maybe a minute or two of hunting. But there was one, in the southern portion of the map, that has players searching in the densest jungle area in the game, back and forth, through rivers and streams (and one corner of an ancient city). This hunt drove me nuts, and even after I had found all of the other barn cars in the game, I still couldn't find the thing. I must have driven my Mitsubishi back and forth through that jungle for at least 45 minutes, all told.

But never fear, I found the damn thing. And here it is. My little arrow is pointing right at it. 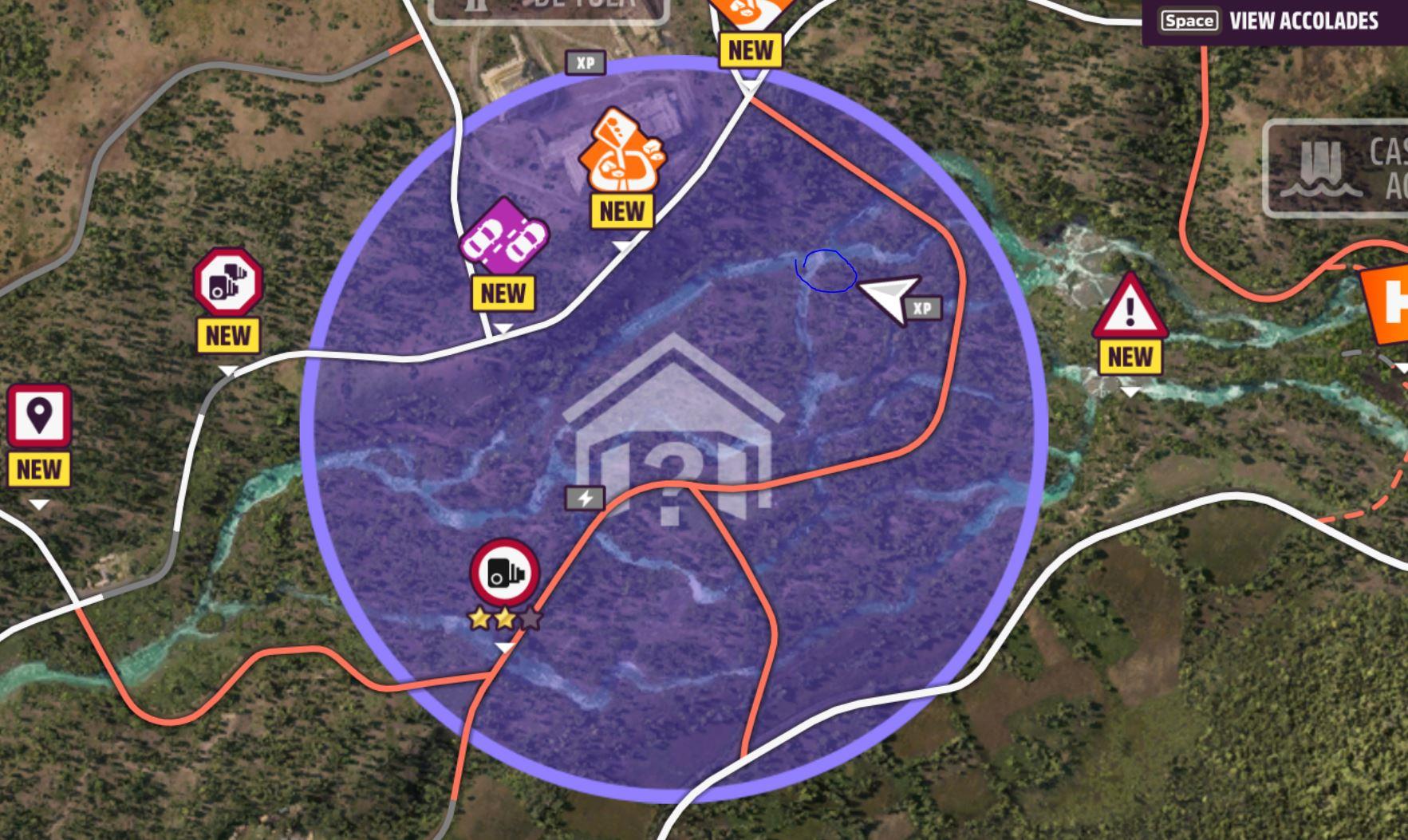 You're welcome, Forza fans. You can stop cussing at the jungle now.
Forza Horizon 5 is now available in early release on Xbox consoles. General release (including Game Pass, and don't you dare skip this one) is November 11.