Bandai Namco delivered new gameplay of Elden Ring earlier today. We discovered that the bonfire in this game is known as a "site of grace," which can radiate a directing light for the player. Regardless of whether the player decides to follow that directing light or not is dependent upon them and their creative freedom.

Battle is additionally uncovered, with instances of double wielded swords, lances and greatswords. Stealth is touched upon by means of crouching and moving slowly. Jump attacks from above can stun foes, leaving them helpless against visceral stabs.

During this exhibit, we also got to see a mounted battle against a fire-breathing dragon. Furthermore, visceral attacks, as seen already in Dark Souls and Bloodborne, are additionally displayed by means of repels and counters. We then, at that point, meet an NPC called Alexander Iron Fist, who requires the player's assistance. The player swings a huge club to free Alexander from being stuck in the ground.

The world map is addressed, with markers to modify the guide to stamp areas for creating materials and hazardous adversaries. Guides can likewise be put on the guide to assist with the direction of the world. Climate conditions, including precipitation and lightning, are shown in the over world. A brief introduction to the in-game menu and crafting shows the player making a bolt out of resources.

Two exciting boss fights were introduced in today's video. The first was a giant armored knight on a protected mount, using a a battle axe and shield. It was brought down with a cooperative partner and the player even used a dragon's head to breathe fire onto the boss. The next boss was the leader of Stormveil Castle, Godrick the Golden, a monstrous multi-limbed monster. 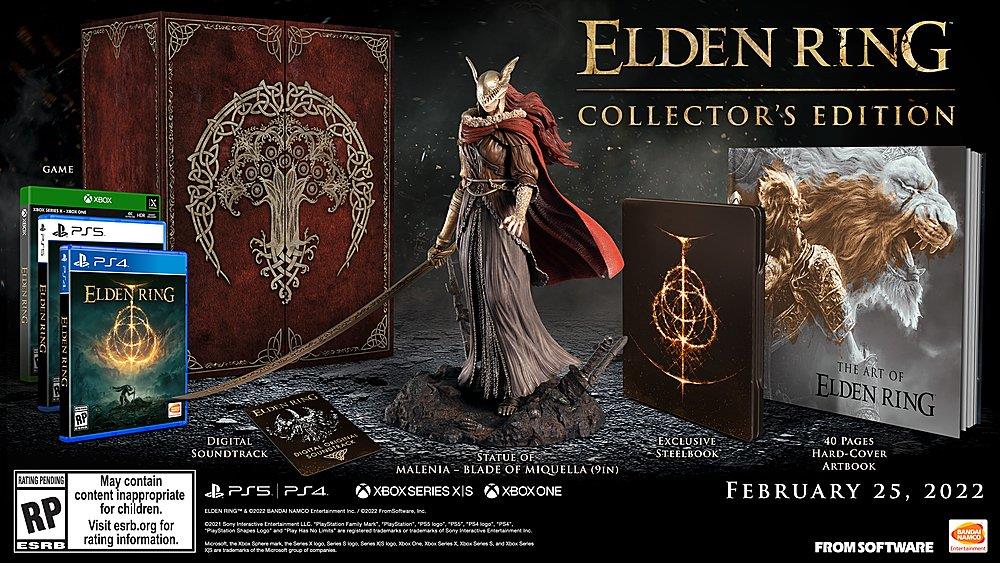 The collector’s edition for Elden Ring has also been announced, containing the following:

It is available for preorder for $189.99 via Gamestop, Target, and Best Buy.

Check out the gameplay preview below: