Well it shouldn't be a surprise anymore when a studio announces a game delay because... well the world went to hell in the last couple of years. Also delays are a good thing. Better to get a working game at launch than another WWE 2K20 or Cyberpunk 2077.

Anyways, Firaxis games has announced on Twitter that Marvel's Midnight Suns has been delayed and they are using the extra time to add more story, cinematics and polish to the game.

The game will now be releasing in the second half of 2022. 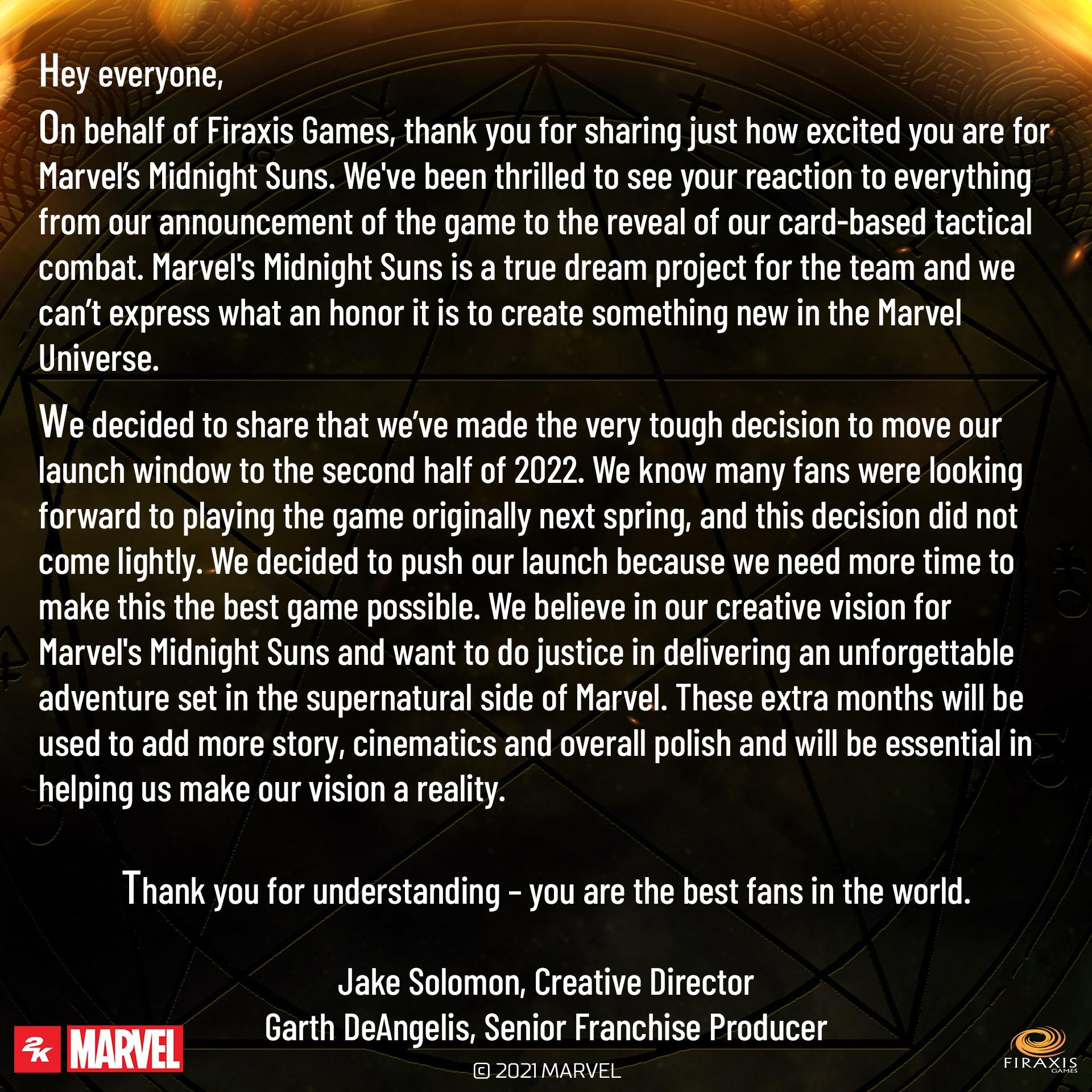