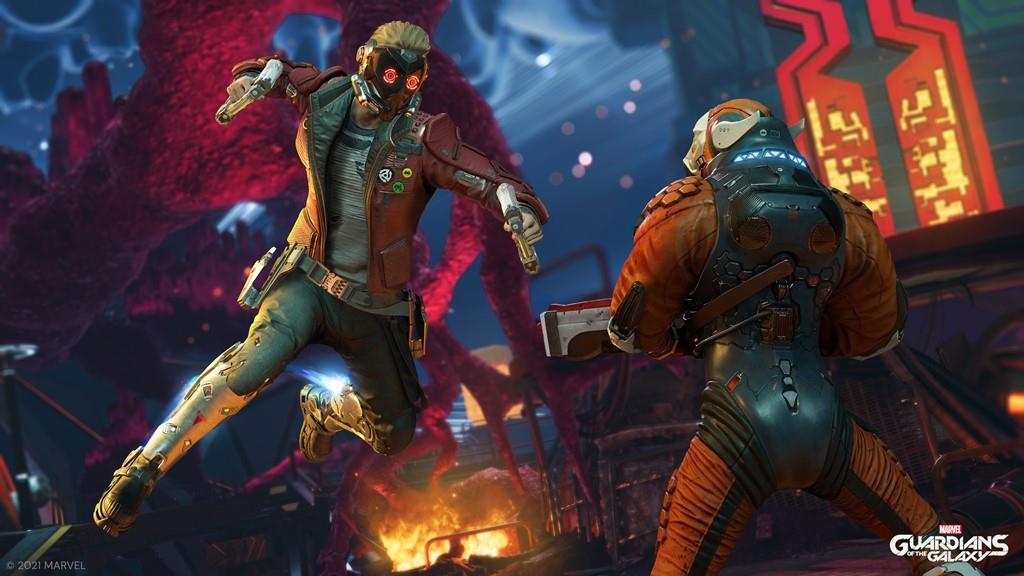 Eidos-Montreal released a bopping 80's style music video for their upcoming game: Marvel’s Guardians of the Galaxy. It features the second single from the game's Star-Lord Band called "Zero to Hero". The music video draws inspiration from 80's era cartoons and gives players a taste of why Peter Quill took on the name "Star Lord". The complete tracklist for the game has also been released today.

The following is a list of all fully licensed soundtracks that will be present in the game:

Hot Chocolate - Every 1's A Winner

Wang Chung - Everybody Have Fun Tonight

Tears For Fears - Everybody Wants To Rule The World

Pat Benatar - Hit Me With Your Best Shot

Bonnie Tyler - Holding Out for a Hero

KISS - I Love It Loud

Flock of Seagulls - I Ran

Rick Astley - Never Gonna Give You Up

Rainbow - Since You Been Gone

Autograph - Turn Up the Radio

Wham! - Wake Me Up Before You Go-Go

Starship - We Built This City

Players will get to listen to these songs as they progress in the game, as well as on a jukebox in the Milano. Some of the tracks will also play during key gameplay moments in the game. The Star-Lord Band full length album will release as a standalone alongside the game when it launches.

Marvel's Guardians of the Galaxy is releasing on October 26, 2021 on PC, PlayStation 4, PlayStation 5, Xbox One, and Xbox Series X|S. The Cloud Version for Nintendo Switch will be available for select regions as well on October 26.

Check out the new music video below: