There is a thing in software development called a Minimum Viable Product. The idea is that you release an early version of the product with just enough features, a minimum, for the early adopters to be viable, or able to use. Then you work off that feedback to improve the product as directed by those early adopters and their feedback. The benefits of using an MVP is that you can get first to market ahead of the competition and that you can really lean on the user feedback to make sure what you are building is both what the users want and need.

Games don't typically do this but we see something like it with Early Access releases. I played the rebranded Pro Evo Soccer, now eFootball 2022, late last week and bit over the weekend and can say that Konami made the bold move to try it full-on with their sports sim. The result? A disaster. One admitted as much in a tweet by the official Twitter account: 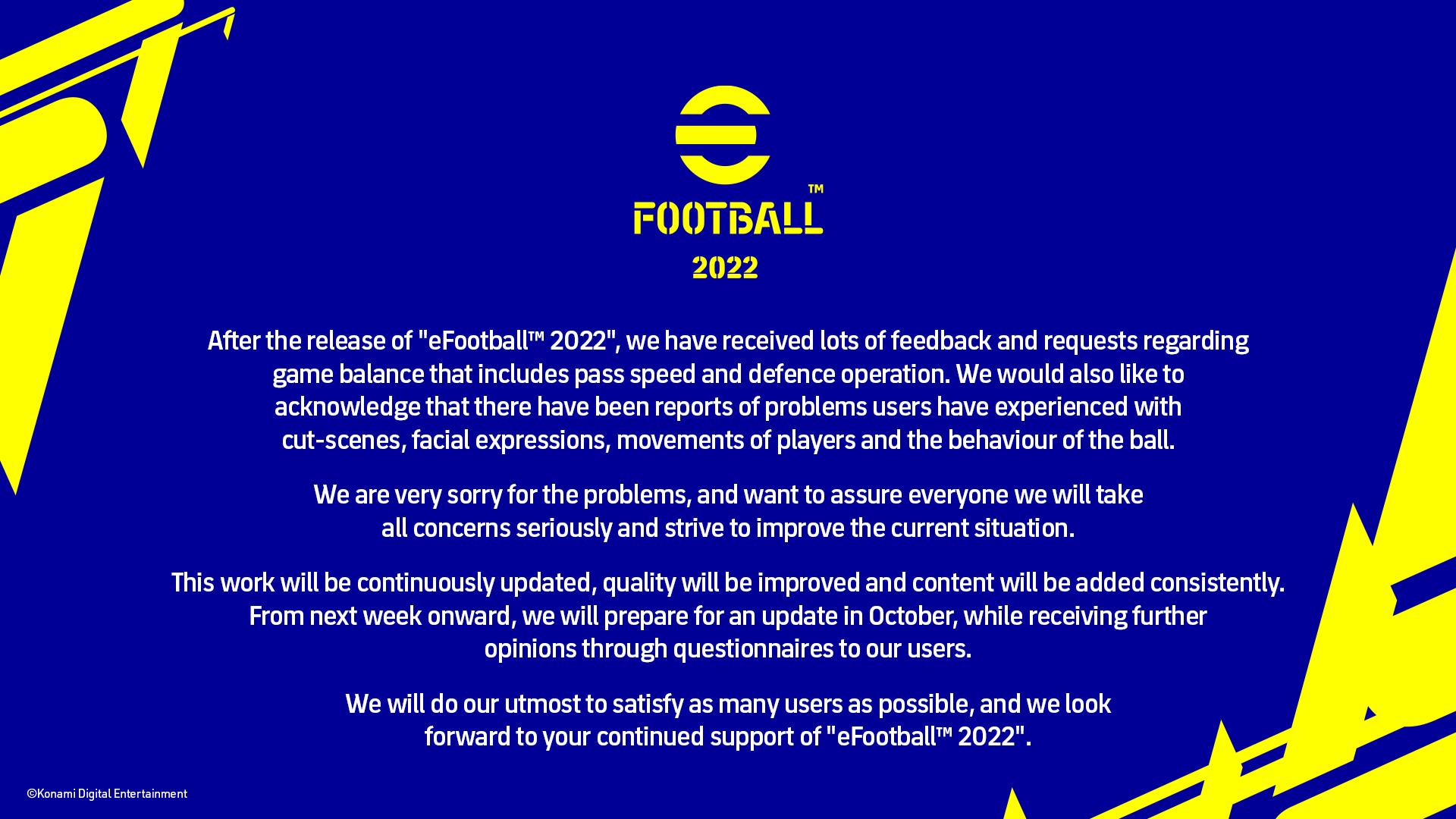 Fact of the matter is, Konami took a year off just to get the release off the ground, and it's not even a game yet. Even beyond the janky animations for anyone to see and wonky in-game physics that some players are reporting, there isn't even enough game here to call it more than a tech demo. There are two modes, one offline mode where there are a total of 9 teams to choose from (the licensed ones), and another online tournament with the full roster. There is no Master League - which was the hallmark of the game going back decades, no MyClub, nothing else going on.
I get that is a free-to-play game and expectations should be set well below a $60 tag of a AAA title. I get that this is the first game to move to a new game engine (Unreal 4) and that is going to require work. But the team at Konami took two years only to release something that was clearly not ready, and are likely destroying the future of an already risky proposition in the process. And for what? Just to get it out there a day before FIFA 2022? There is no way this passes play testing as acceptable. It's free to play anyway, might as well further delay it until ready because no one is tossing money away down this drain. Not in this state anyway.
I have a real love/hate relationship with FIFA and am personally desperate to find an alternative to scratch that soccer itch, but eFootball is basically dead on arrival. Maybe I'll check back in next year, but for 2022, I'm clearing the hard drive space.