iam8bit and Sega have recently announced Super Monkey Ball Banana Mania, a two-LP collection that includes some of the best tracks from the franchise. This set lets you listen to twenty-three tracks from the series' past and present along with the upcoming Super Monkey Ball Banana Mania game. What's more is that fans can peel back the banana sticker on the album cover for "a fun, fruity surprise". Not gonna lie, I hope it's a scratch and sniff banana because that would be awesome. The soundtrack will come in two versions. The open-edition Banana version is pressed on banana-yellow vinyl with randomly distributed Bruised Banana variants, for $39.99. There will also be a special edition that's pressed on two-toned vinyl that's reminiscent of the monkey balls themselves which is limited to 1,000 pressing and will be $49.99. The album is expected to ship in Q2 of 2022 and is now available to pre-order on iam8bit.com. 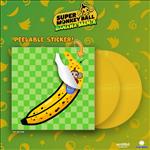 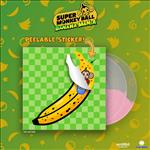