Battlefield 2042 has been delayed a month

What was once an October release, DICE has tweeted out an update saying Battlefield 2042 will now be coming out November 19th. I know a lot of people were pretty excited about the new Battlefield game, but if it isn't ready, delaying it until it's in better state is the absolute correct decision.

The pandemic has made it pretty hard for the team to work together in person so taking the extra time to polish it will hopefully help deliver a quality product. The Battlefield series has been known to launch with plenty of bugs and I think it's still going to, but here's hoping the extra time will squash all the big ones or as many as possible. It took a while before Battlefield 4 was stable enough to really be enjoyable and I don't want to see that happen with Battlefield 2042.

So now, November 19th is the new date and I wouldn't be surprised if it's delayed again. In the end, we want a good experience with Battlefield 2042 and in my view, don't rush it and release it when it's good and ready. 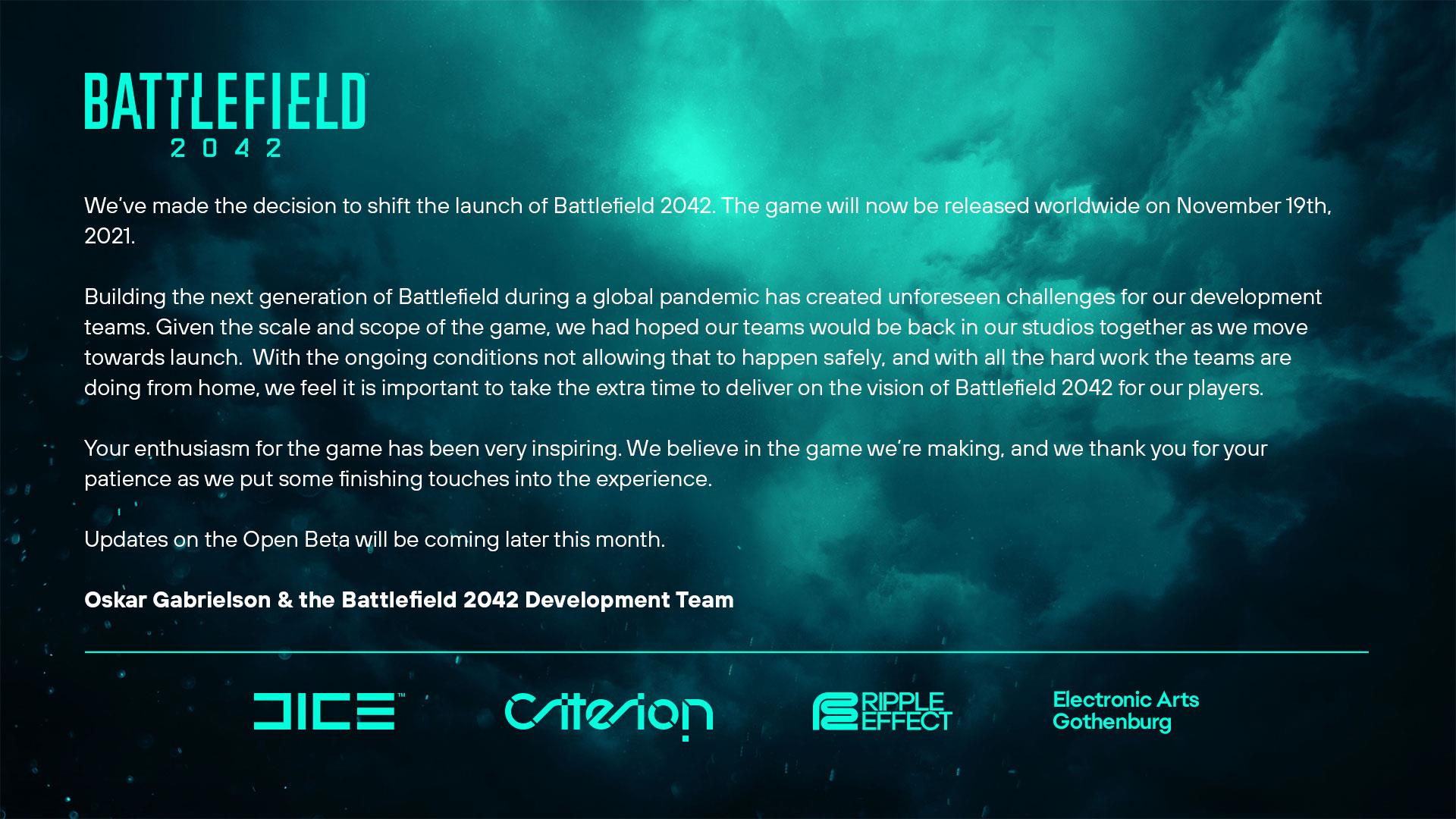