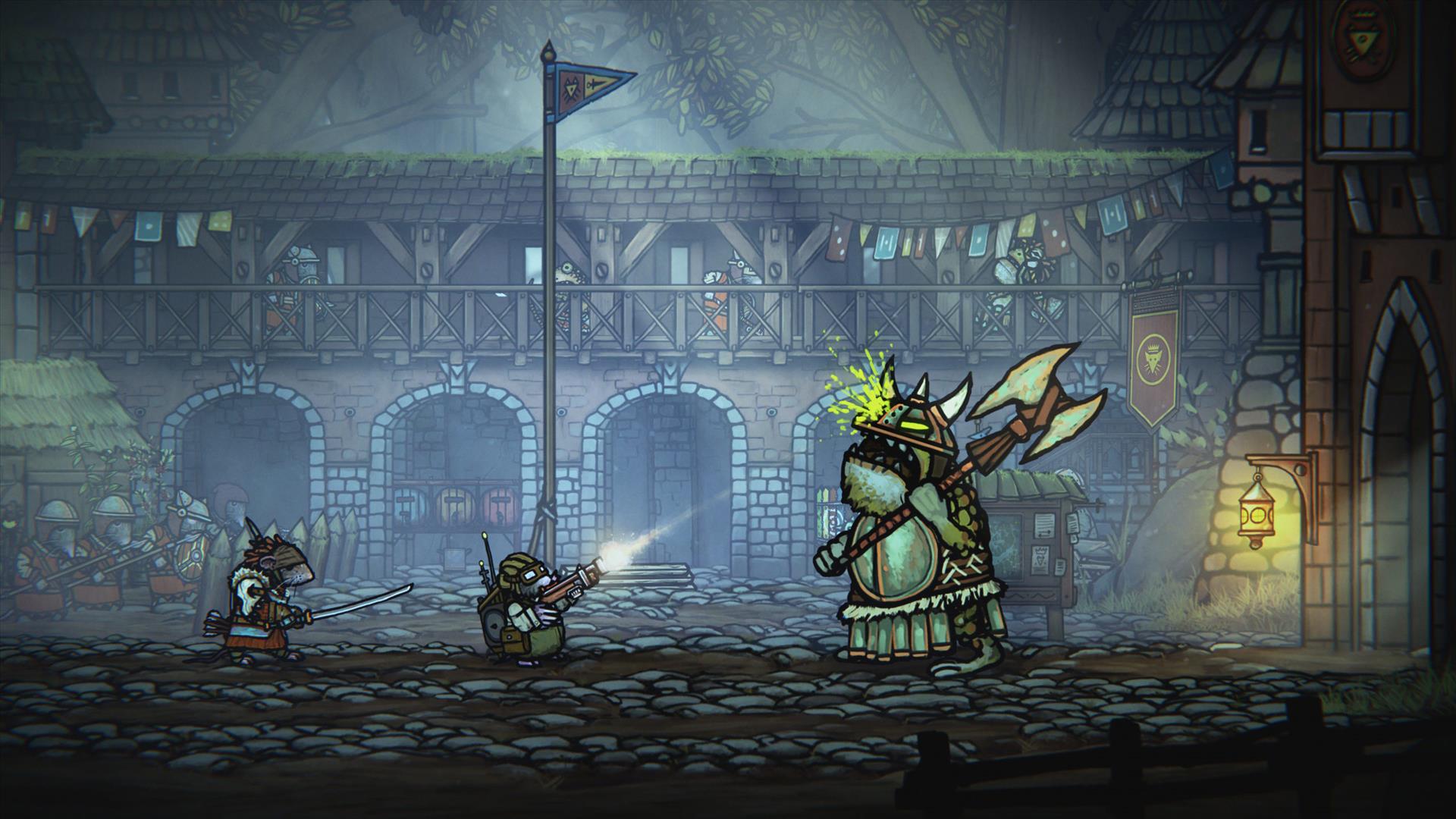 I still can't get over the incredible depth drawn into these scenes. Tails of Iron [official site] still manages to visually wow me in a world that is chock-full of wowing visuals. Yes, I'm a sucker for Redwall novel vibes. Yes, I'm a sucker for 2D graphics with 3D depth. Yes, I love grimdark flavors drawn out cute little animal worlds.

But then the swords get to swingin', and the axes get to grindin', and you hear The Witcher's voice actor give his signature grunt to the narrative—and I'm just at a loss. I've got to get my hands on this dang video game, one way or the other.

Even though I presume my mousy guy's voice will be that of Geralt of Rivia's, it could be a series of adorable squeaks and I'd still love it. You are Redgi, heir to the Rat Throne, and it's time to go on a one-rat quest to save your besieged kingdom from warty frogs.

Tails of Iron brings souls-like combat, complete with dodge-rolls, parry bashes, and fatal executions. Traverse six distinct biomes. Gird yourself with an array of weapons and armor. Assemble a fellowship of companions (okay, so it isn't a one-rat quest). Get that sweet side-quest gold. Forge new weapons. Cook up health-boosting feasts. Take down bosses and mini bosses.

And do it on pretty much whatever platform you want to do it on. Tails of Iron launches September 17 on PC, PS5, PS4, Xbox Series X|S, Xbox One, and Nintendo Switch.