Ain't no crossover like a LEGO crossover. Movies, shows, toys, video games! Give me all the LEGOs! I'm kidding, but only a little bit. I love LEGO. They were a pivotal part of my own childhood, and are quickly becoming a part of my own son's as well. And LEGO game crossovers are already as ubiquitous as the toy crossovers. We've seen LEGO and Star Wars connect many times before, but now we get the latest iteration on mobile, and only on Apple Arcade.

LEGO Star Wars Battles is an 1v1 PvP action-strategy game and it's exclusive on Apple Arcade. Apple Arcade is a pretty decent little service. I wrote up a summation of my 3 month trial about 6 months ago here. I'm actually dipping back in presently as Apple One has become a much more attractive proposition as of late now that the family plan includes the full 10GB of iCloud storage. And as I'm dipping back in I am seeing some pretty cool exclusives like Tetris Beat, and now LEGO Star Wars Battles.

LEGO Star Wars Battles is a squad building base attack game that pulls characters and vehicles from across the Star Wars far, far away galaxies. Build and deploy your units and towers, attack the enemy base, master both sides of the force - light and dark.

LEGO Star Wars Battles is included in an Apple Arcade subscription. So there are no in-app purchases or micro transactions. Honestly, that's one of the best features about Apple Arcade. Apple Arcade games are playable across iPhone, iPad, Mac, and Apple TV; and Apple Arcade can be purchased standalone for $4.99 per month or as part of Apple One which bundles loads of Apple services into one monthly subscription. Free trials to Apple One are also available. 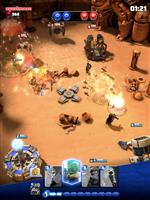 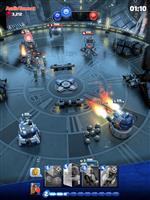 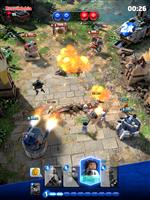