Mattel and developer Milestone had better wrap their seatbelts around their bodies and hold on tight, because it feels more and more like they are about to unleash one of the biggest hits in the history of licensed gaming. Interest in Hot Wheels Unleashed is reaching a fever pitch leading up to its September 30 release, and this latest info drop is only going to ratchet that excitement even higher.

Hot Wheels Unleashed has a lot of plans beyond the base game, and today it became clear just how expansive this launch really is. There are three Hot Wheels "Passes" planned, each of which will unlock special content from such brands as Barbie, DC Comics, Masters of the Universe, Street Fighter, Teenage Mutant Ninja Turtles, and real-life car companies like Aston Martin, BMW, McLaren, and more. Say what? 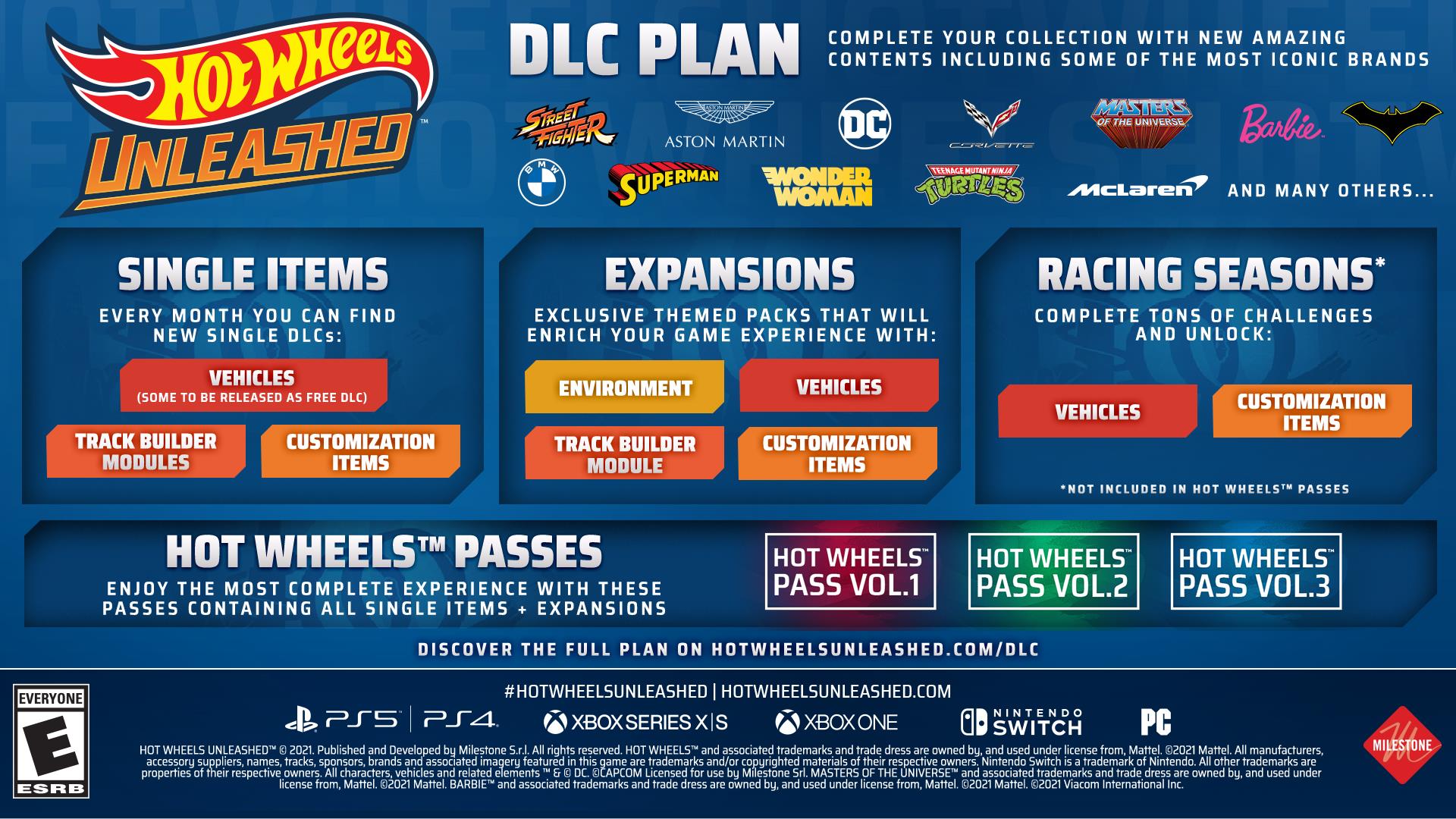 There will also be free and premium DLC released, which will feature unique vehicles, track builder modules, customization items, and themed expansion sets with new environments.

The first Pass will be available at launch, and will include 10 vehicles, three customization packs, and three track builder modules. It will also include a Batman DLC expansion - in case you were on the fence about whether you want it or not.

But wait...there's more. Here's a quote from a recent press release:

"Hot Wheels Unleashed will feature 66 vehicles from some of the most iconic pop culture brands at launch such as the Batmobile from DC, Party Wagon from Teenage Mutant Ninja Turtles, Snoopy from Peanuts, K.I.T.T. from NBC’s Knight Rider, the Time Machine from Universal Pictures and Amblin Entertainment’s Back to the Future, and more." And yes, you want to click on that link to check out the cars.