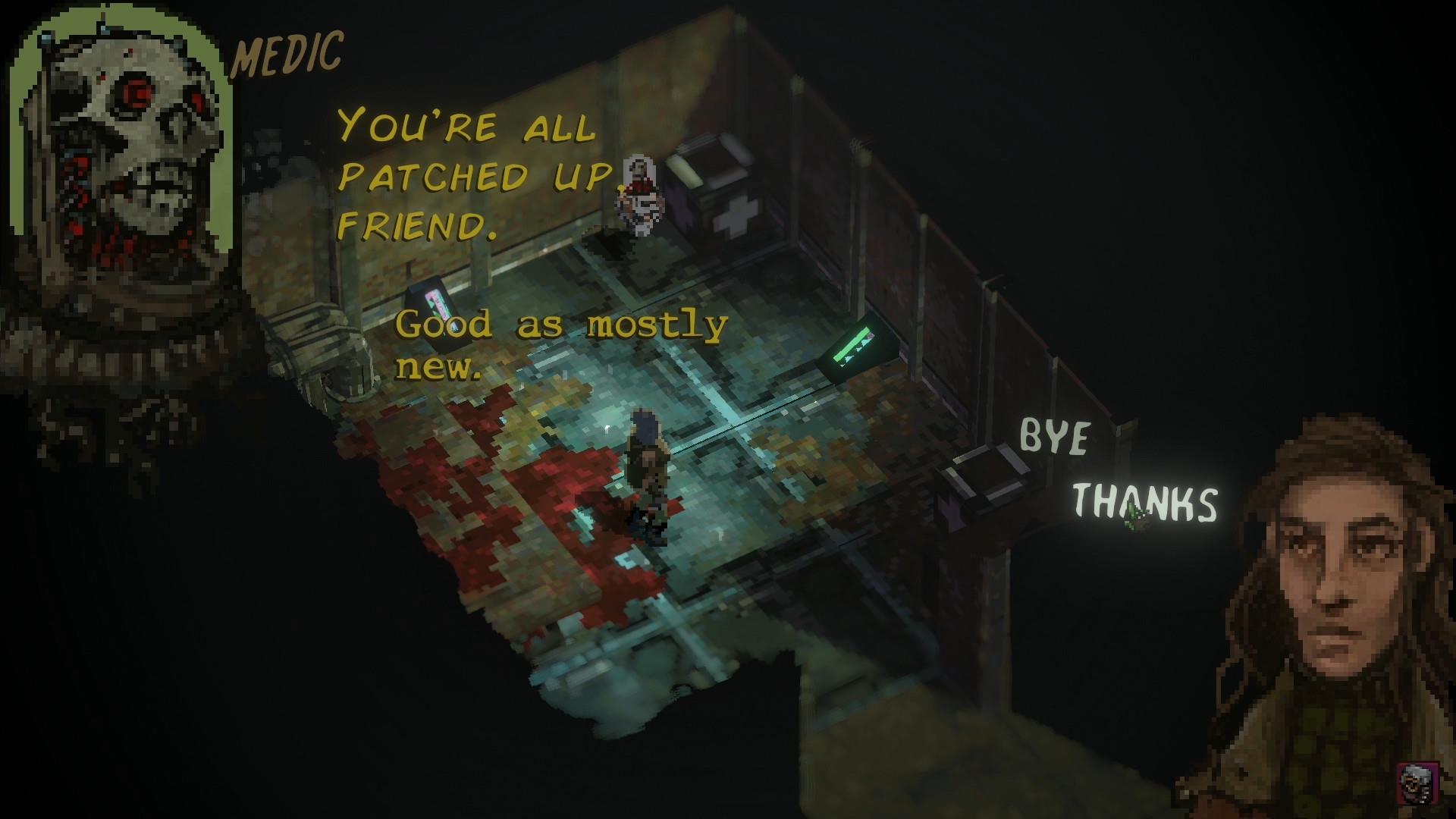 Finally this sick pixelated-voxeltrash art style (I just made up that genre name) is coming to a dirty cyberpunk setting. And I'm all in. Mechajammer has dismal citizens walking around a world mixing Super Mario Bros. pipe nightmares and Chinese food courts. There are gory firefights taking place outside of what could be neon churches or Matrix brothels, flip a coin. There are Byzantine ruins that feature either ramshackle sandcastles or tyrannosaurus car wrecks.

What I'm saying is, the art style is so wonderfully dirty that it can be hard to tell what I'm looking at without context. I like it. I like the tilt-shifted middle ground, the Sierra Entertainment adventure game profile pics. Even the name—Mechajammer—in a game that doesn't seem to have any mechs or really much jamming of any kind going on.

Once we get past my esoteric ramblings, however, Mechajammer is a tactical turn-based RPG. It's set in an "off-world grindhouse jungle colony." (That's so good. I should've thought of it myself.) You can do it sneaky, or you can do it guns blazing. You can even put together your own Ocean's Eleven for some large squad-based assaults.

You have my attention, developer Whalenought Studios. The game looks filthy. I want to see more. Mechajammer is coming to PC "soon."