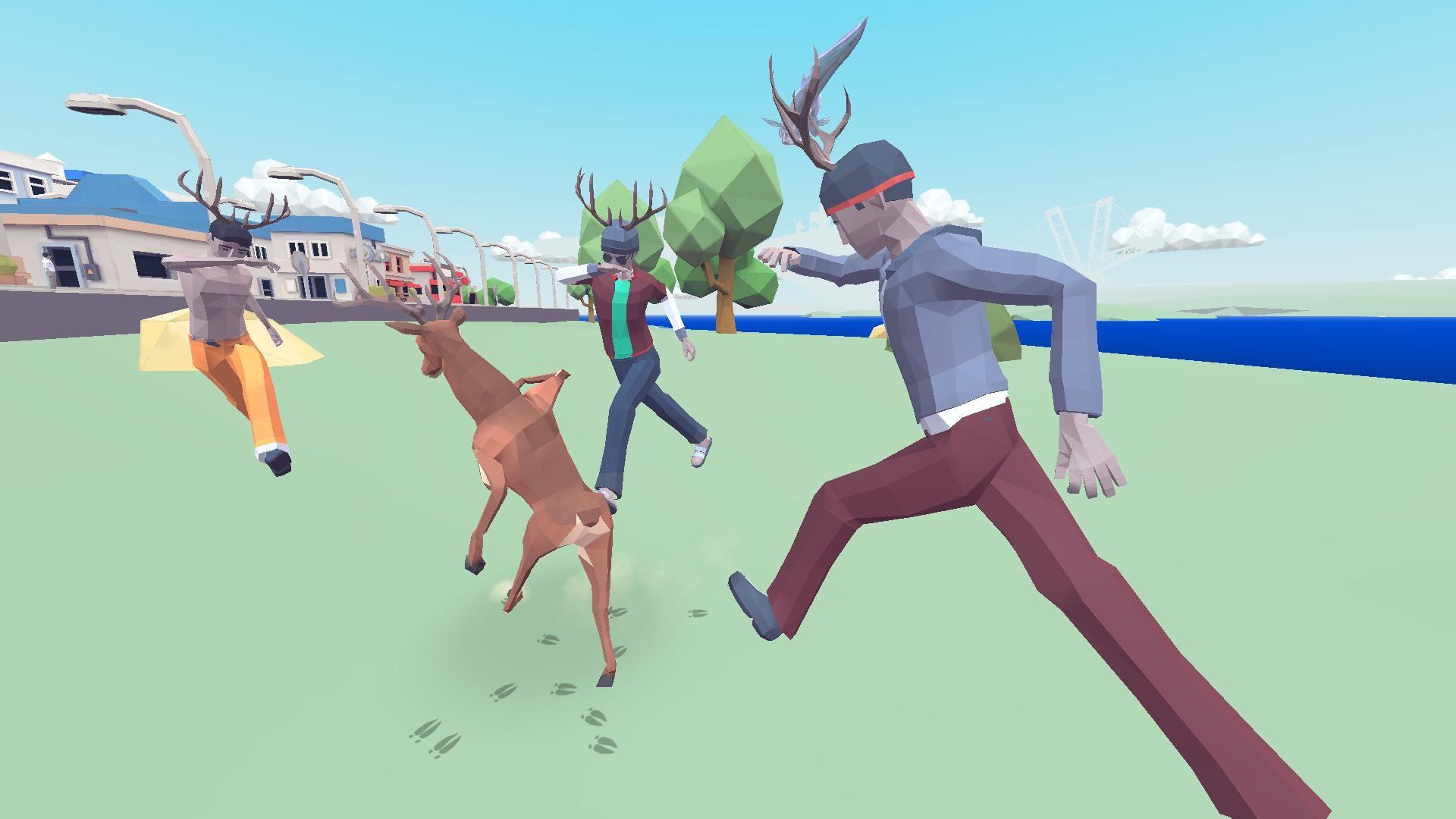 It's been a couple years since I'd caught wind of DEEEER Simulator. In that amount of time it's had a year-and-a-half in Steam Early Access (to the tune of 87% positive reviews), and has also picked up the subtitle: Your Average Everyday Deer Game. The game seems like it spawned from the minds that would make both Goat Simulator and Saints Row. It's nuts.

"Put simply, DEEEER Simulator is a 'Slow-Life Town Destruction Game,'" its Steam page proclaims. There's no topping that elevator pitch. Enjoy a nice, relaxed frolic, or destroy the town and everything in it. Now that's a sandbox I can get behind. That's a morality meter I can hang my hat on.