RimWorld – Ideology is here to serve all your bong-ripping, cannibalizing, rave-worshiping needs 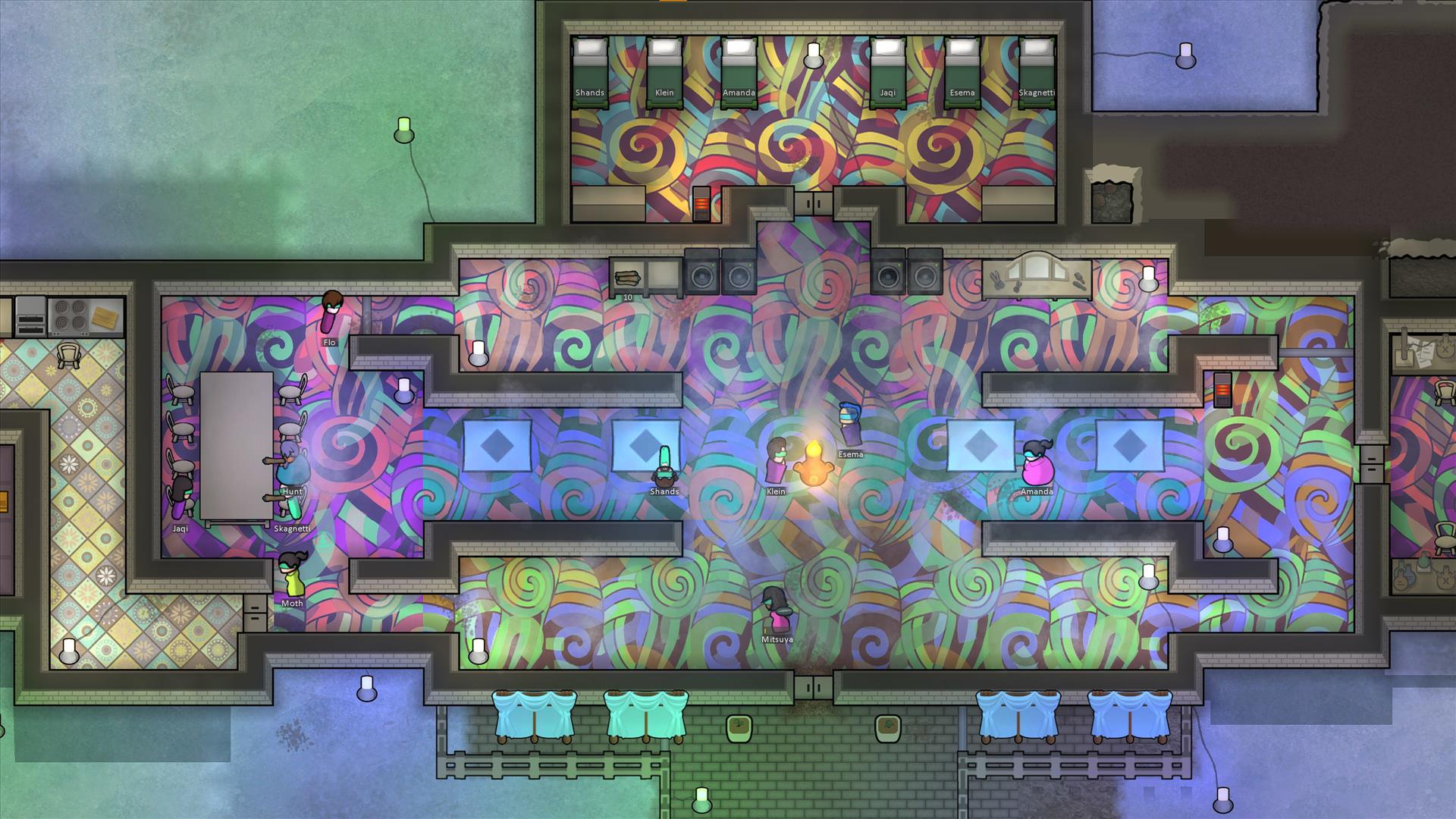 I guess I'm reinstalling RimWorld again. The Ideology expansion pack launched today, July 20. And for a game that already felt rich with individual and emergent belief systems, RimWorld – Ideology takes things to a whole new level. It introduces three social roles to assume: The Leader, the Moral Guide, and the Specialist.

There can only be one Leader, naturally. Leaders give inspirational speeches, buff allies, crack the whip when it's time to work harder, and play a special role when it comes to rituals. (More on rituals later.) Leaders can even act as judge and jury when it's time to throw accusations—true or false—at the other colonists.

You can have one Moral Guide per three or more colonists that all share a belief system. Moral Guides are all about the mental and spiritual well-being of your people. They handle the heavy lifting when it's ceremony time, whether that's funerals, sacrifices, or...other. They can heal the sick, cheer up the cheerless, and be very convincing when speaking with nonbelievers.

Specialists are very good at their primary skill, as you can imagine, and they even get special abilities related to that specialty. The trade off is that they start to suck at some of their other jobs. Different belief systems have a Specialist related to their belief. For example, a colony of darkness-worshipping cave dwellers will probably have a specialist focused on mining.

Rituals are celebrations of your colony's belief systems. These are player-run special gatherings really ramp up your colony's stories. You can hold ceremonies for fallen soldiers, public executions for rebels, hold gladiatorial slave games, throw a party, beat a drum, or decorate a Christmas tree. You can take huge bong rips, lift skylanters into the sky, or chow down on like Actual Cannibal Shia LeBeouf.

The quality of rituals depends upon...everything, really. Who's there. Who's not there. You can throw a dance party with a few people clapping and stomping their feet outside, or you can throw a raging rave with house speakers to tear the roof off. Moods can go up, or moods can go down. This is RimWorld after all.

I should just fire up vanilla RimWorld and relearn how to do all the basic stuff. I rarely get past its first, most primitive days. Yet I still have such a great time. But I'll probably drop the cash for Ideology, just so I can get into the super weird rituals and belief systems. I mean, those two things ultimately get us closer to answering the question of why we're all here, right?

RimWorld – Idealogy is out now on Steam, or you could be rad and buy it directly from the developer (and still get instant Steam access).