Holt asks: What if Tales From the Loop but with dad bod? 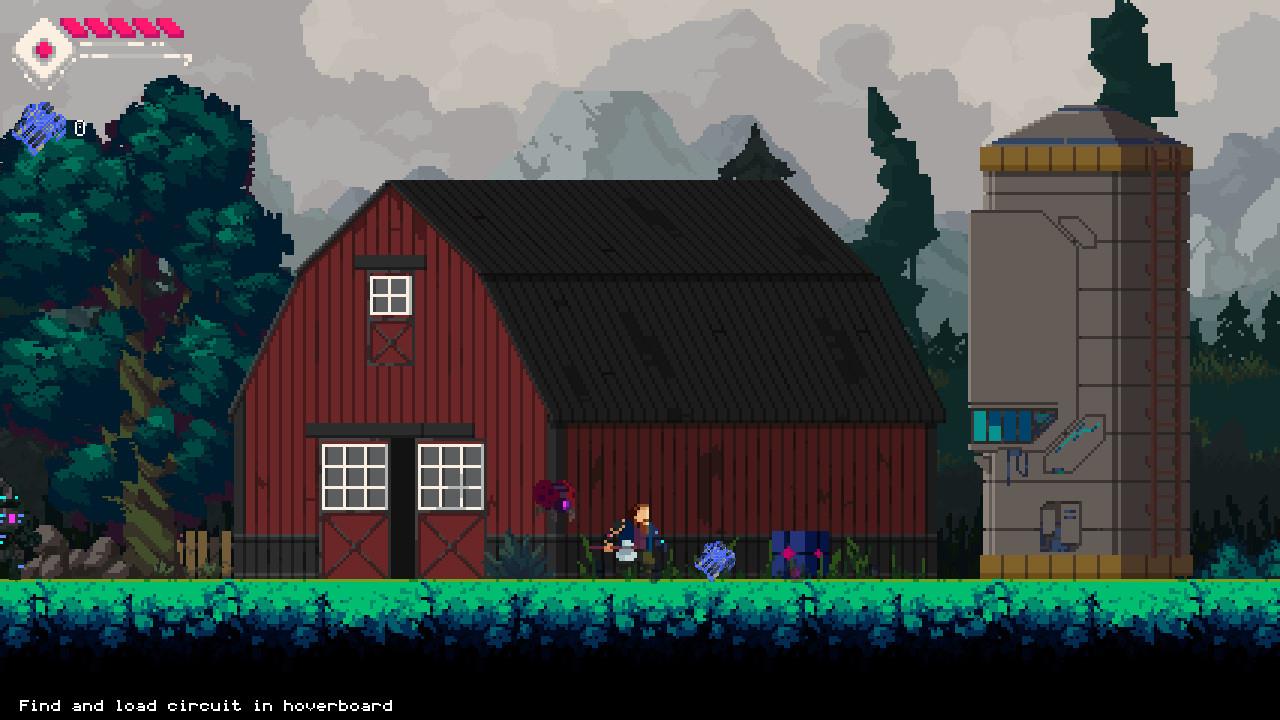 Holt is here to prove that all your 2D sidescrolling platformer was missing was a little dad bod. To the tune of gentle piano, and rolling with science-fantasy tubes and lighting, Holt runs past Nordic A-frame housing, forests drawn as thick as an oil spill, a wildfires tearing down towers and towering trees alike. The mishmash almost hints at Tales From the Loop.

The people of Xyla have enjoyed a lot of years of peace. But some unknown entity called the Shaxis will have something to say about that. You're Holt, Mr. Dad Bod himself, and you're hear to uncover the story of the war—and what the future holds.

The tricky part for Holt (the game, not the guy) is that it will be releasing episodically, chapter by chapter. That's something that barely works for high-profile AAA games. It hasn't proven to be any more successful for indie platformers. Good luck, Void Hook Studios. I hope your game isn't over before it even begins.