July 21st is the big day for Frostpunk fans, not just for the release of the game on PS4 and Xbox One, but also it's the day of the long awaited release of the first DLC for the game - 3 DLCs to be exact. Titled The Last Autumn, On the Edge, and The Rift; the DLC covers new buildings, stories, dilemmas, and gameplay mechanics. The Last Autumn is a prequel story that includes the last remnants of green trees and even a ship dock to take to an, as of yet, unfrozen sea. On the Edge takes place after the base game and tasks you with building a remote outpost, away from the security and relative comforts of your base city. The Rifts adds a new map for Endless mode and introduces bridges as a construction type to traverse scattered islands.

All expansions will be available the same day the console versions launch, July 21st, and the expansions can be purchased separately or in a bundle as the season pass. There will also be a Complete Edition released that bundles the pass with the base game for the total Forstpunk package. The full press release is available after the Read More link below.

Frostpunk: Console Edition Sees the Arrival of Three Expansions on Xbox One and PlayStation 4 on July 21st 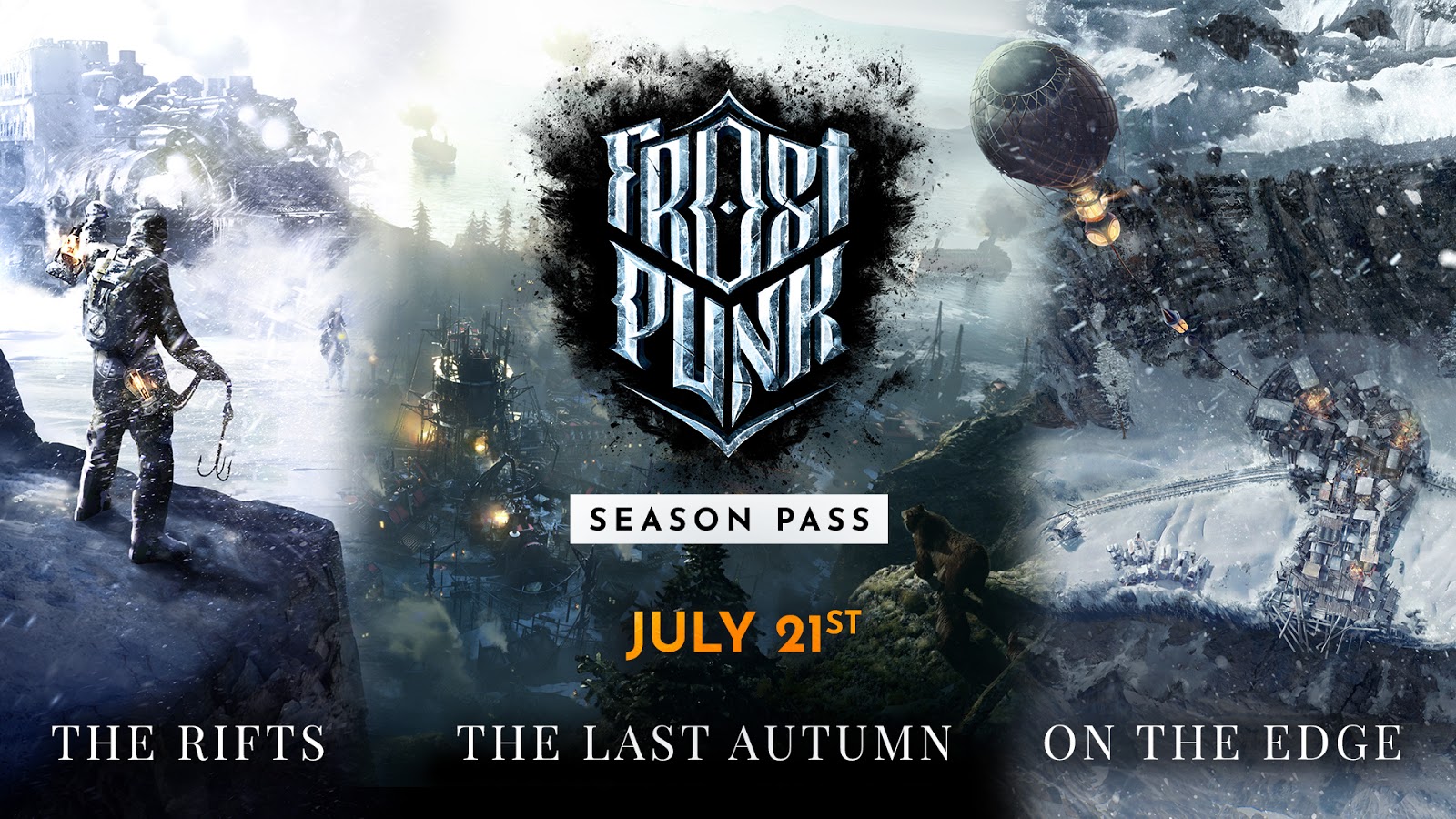 The Last Autumn, On the Edge and The Rifts, will be available separately or in the form of a Season Pass
Warsaw, Poland - July 7th, 2021 — New gameplay mechanics, new buildings, new stories and dilemmas - all that and more comes to Frostpunk: Console Edition with the arrival of three expansions for the acclaimed city-builder survival sim from 11 bit studios. The Last Autumn, On the Edge, and The Rifts are all launching on Xbox One and PlayStation 4 on July 21st.
See  bits of the expansions in a short date announcement video:
https://youtu.be/eNcZ4UY0AVM
“All expansions had to serve two purposes when we designed them. We wanted to broaden the lore since the game portrays people’s hardship in the fight with nature, and we put a lot of emphasis on narrative, but also introduce new mechanics. We didn’t want to go with delivering more fun that plays almost like the base game approach, and three expansions ended up being distinguishable from the base game but also each other. And we’re happy that console players, at last, have a chance to play them. Thank you for waiting so patiently” - states Kuba Stokalski, Lead Designer of Frostpunk.
Learn more about the Frostpunk expansions from this Lead Designer developer commentary:
https://youtu.be/Dqnw1CMwEUU 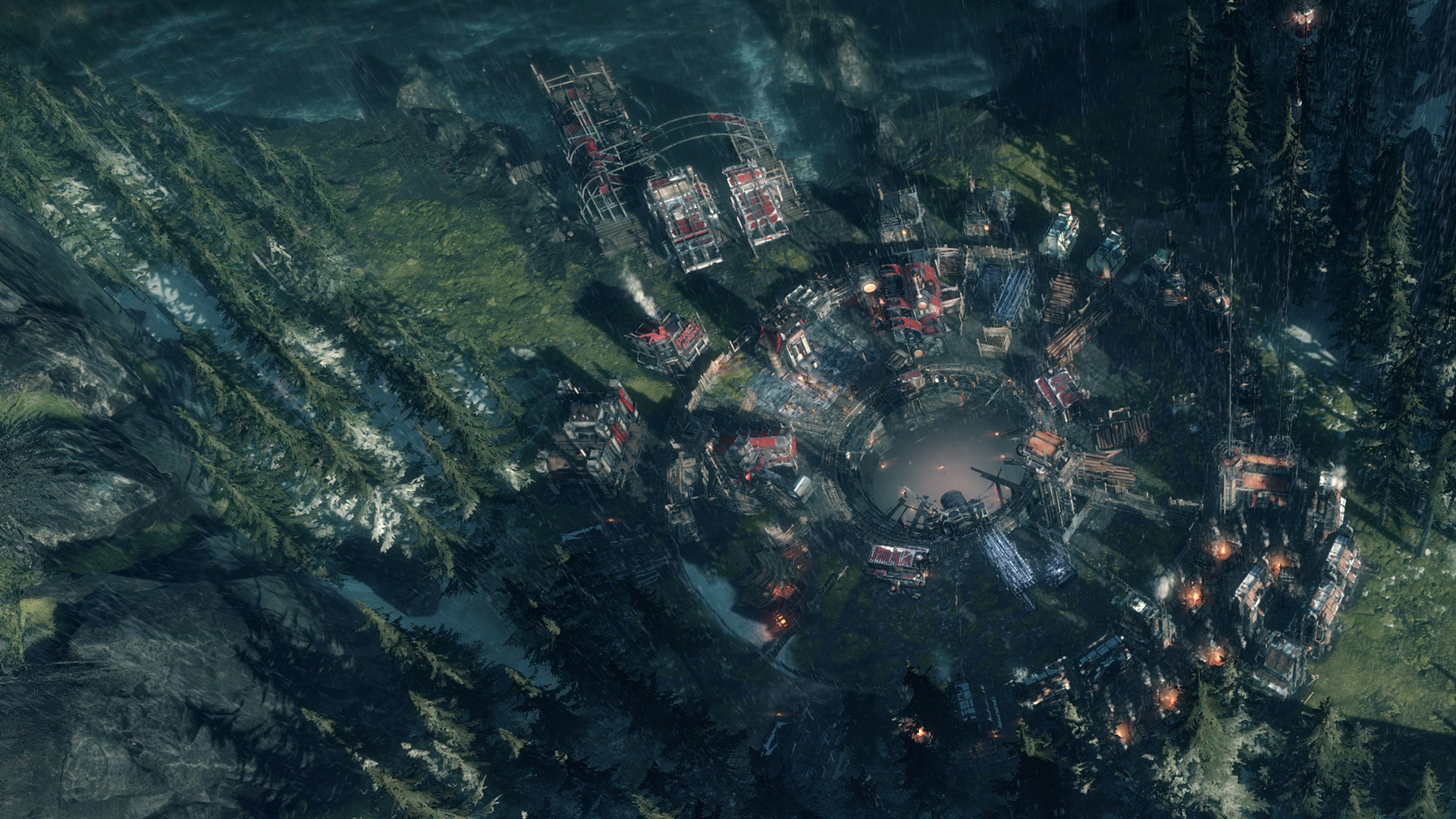 The most distinguishable expansion of the three is The Last Autumn. A prequel story set before the endless snow steers the game’s mood into entirely new territory. Featuring green trees, a ship dock used to obtain resources and a task for players to oversee the rise of the base game’s Generator - a miracle of technology that could save us all - the stakes are high and the deadline is short. You must decide how hard you push your people in a fight to construct a tool that could be humanity's last hope.
On the Edge narratively follows the events after the Great Storm and after the ending of the base game. Your mission is to build and maintain an outpost far outside of the city. You are on your own - without the Generator - but a possibility to extract resources from a recently discovered military warehouse seems to be worth the risk. Equally risky but also worth the effort is maintaining trade routes with other survivors' settlements.
Finally, The Rifts adds a new map for Endless mode and bridges, a new type of construction to gather resources scattered across islands.
All expansions will be available from July 21st on Xbox One and PlayStation 4. All can be bought separately and in a Season Pass. Frostpunk will also be available in a bundled Complete Edition that comes with the base game and three expansions.
More about Frostpunk and 11 bit studios: