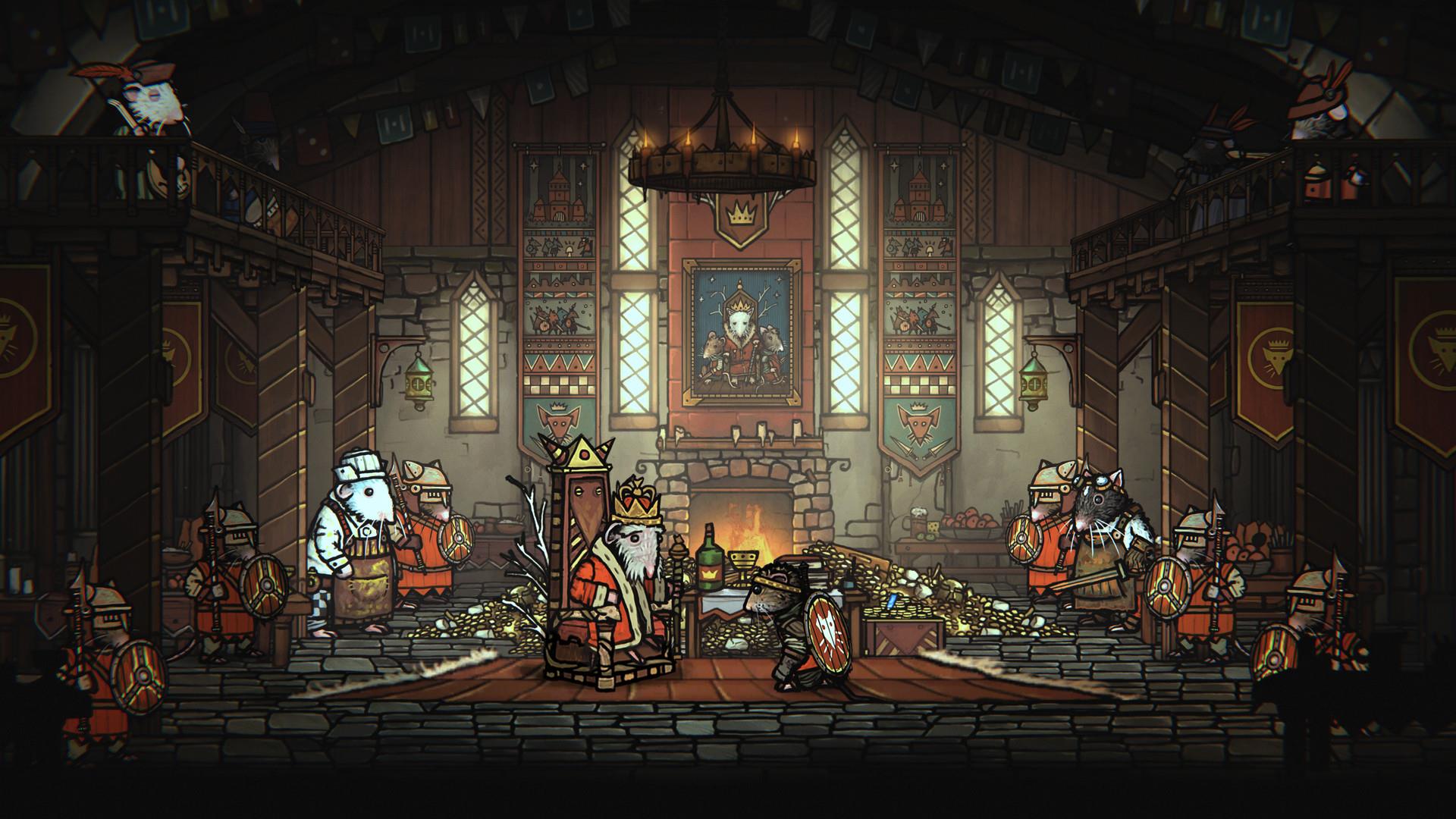 Look, if you've got a video game with a rat protagonist, then you've got to try and fit the word "tails" instead of "tales" in the title. And if you've found a voice actor that is doing his best Witcher impersonation, then you hire that voice actor. Tails of Iron (see what they did with the word "tales" there?) is a game that looks like it's art first, gameplay second. But it's good art.

Odd Bug Studio, under the United Label Games publishing house, has got a real 2D looker, here. Every scene looks lived in, the further and further you look deeper into the scene. Peasant rats toiling along high medieval walls. Santa Clause-robed rat kings seated before piles of treasure. Rat bards playing to the rat farmer, rat miner, and rat city watch alike. The narrator says it's a time of peace, and I see the rats throwing confetti into the air, but there's a grimdarkness on the periphery of these rat lives that seems even more hopeless than the Redwall novels it's inspired by.

Which is where we bring in the swamp frogs. The swamp, where things are green and poisonous, and bigger-than-you enemies have their own hallowed halls and piles of treasure to sit on. Being narrative-heavy is a two-edged sword. And we'll see if this one strikes a balance between letting the wonderful environments tell the story, if they let the gameplay tell the story, or if our Geralt of Rivia-alike voiceover is going to make every step a slog.

Tails of Iron is coming September 17 to PC, PS4 and PS5, Xbox One and Xbox Series X|S, and Switch.