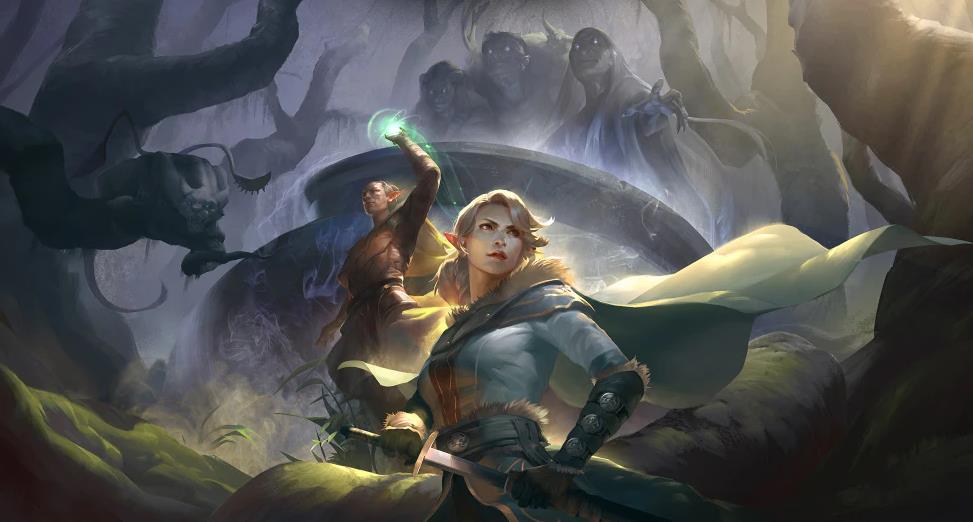 This trailer for Neverwinter: Sharandar – The Odious Court has enough "vocal fry" to make you scramble for a glass of water. I had to turn on closed captions to I could even get through the grating narrative. And hopefully you don't think I'm dissing on this voice actor, because the voice is excellent. It sets the Double Double Toil and Trouble tone perfectly for the upcoming witchy season of the free-to-play MMO.

Witchy is the wrong word. It's more about the fey, the feywild, though I'm not entirely sure what that means. It looks like fairies and big mushrooms and flying between tree branches. To me, it seems like a D&D-themed game of the 1992 Fern Gully. Which gives me the idea that they should've definitely gotten rapper Tone Loc to do this trailer's voiceover.

Neverwinter: Sharandar is also a good way to get at least a visual preview of the upcoming tabletop adventure for D&D, The Wild Beyond the Witchlight: A Feywild Adventure. I'll admit, I was puzzled when Wizards of the Coast announced it as the next major D&D book to come out. There's some joker and a circus tent on the cover. I mean, that doesn't exactly shout D&D to me. Not my flavor. But now I'm realizing that there's such a need for whimsy and lightheartedness in the world of D&D. Especially since my comeback to tabletop roleplaying was via Baldur's Gate: Descent Into Avernus, a decidedly not whimsical and not lighthearted adventure. "See you in hell!" might as well be its tagline. But Sharandar—and this Odious Court in Neverwinter the video game—should give me a wonderful preview into that upcoming adventure book.

Dungeons & Dragons: Neverwinter: Sharandar — Episode 3: The Odious Court is out now. (Did I get the entire name in there? Too much?)