Monster Hunter Stories 2: Wings of Ruin seems like a pretty big game from everything I've seen; I had zero expectation that this JRPG based on the world of Monster Hunter would offer any DLC or expansions whatsoever. But today Capcom revealed that not only is there a roadmap for future content, but it's massive. Check it out: 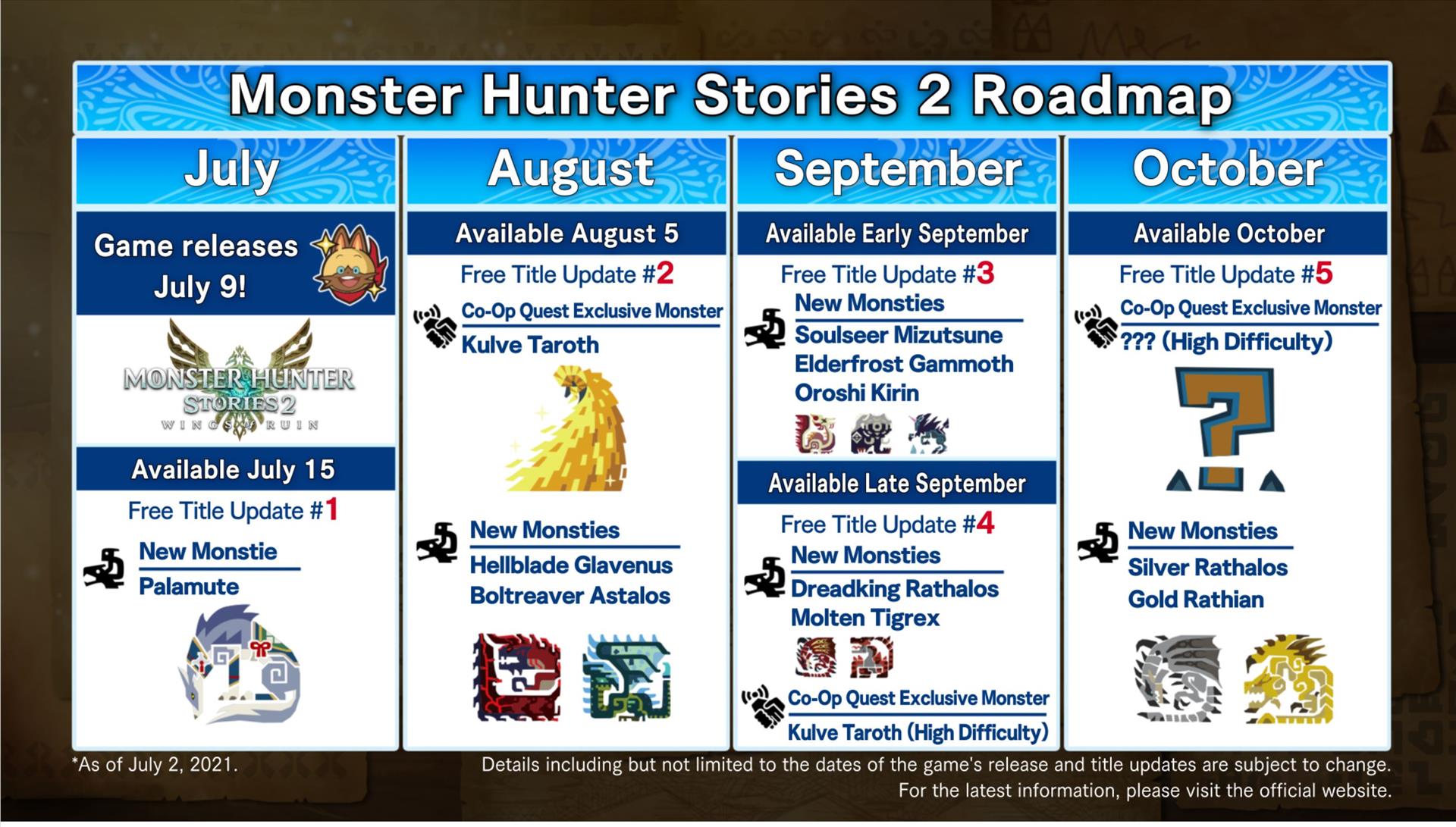 Wings of Ruin has players running around, slaying monsters and raising their eggs as helpful, ridable "monsties". To make a long story short, here's what's on the docket:

This being a JRPG, I'm surprised that there is a multiplayer component at all, but from the sounds of these updates it feels like co-op will be a major component of Monster Hunter Stories 2: Wings of Ruin.

Folks interested in trying out Monster Hunter Stories 2: Wings of Ruin can give the game a shot right now; a demo is available on Switch, and another will be arriving on PC on July 9. Your save file will carry over when the full game releases later this month.