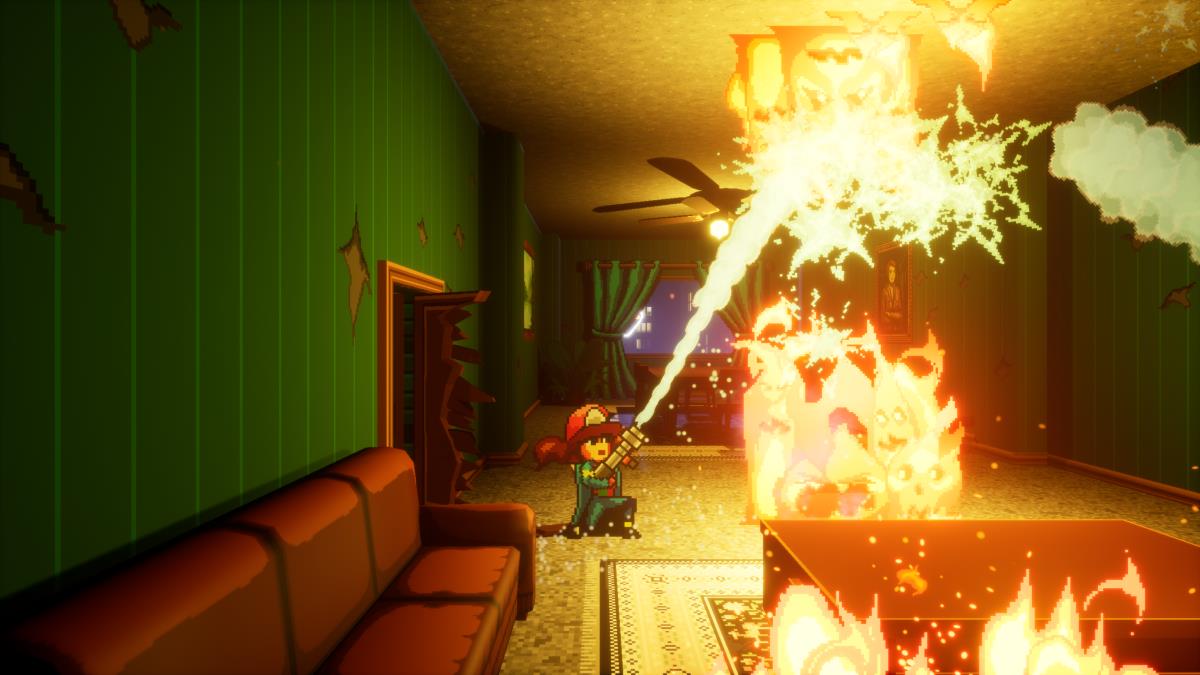 I'm all for this 2D/2.5D/3D hybrid side-scrolling action-platformer movement starting to happen (I'm thinking of Suikoden spiritual successor Eiyuden Chronicle: Hundred Heroes, specifically, as well as Octopath Traveler). But Firegirl seems to be taking on some of those camera angles, too. Like it's a two-dimensional sprite living in a three-dimensional world that's made up of two-dimensional sprites. The trailer shows it better than I can tell it.

I'm just glad there's now going to be a Fire Department-themed video game that doesn't look like it's stuck in alpha for some high school semester project. Firegirl looks awesome. As Firegirl, you are a young fire officer just starting her career. She's armed with a fire axe and a jetpack-like pressure fire hose, saving citizens across the city. The fires look possessed. She's going from tall apartment structures to wildland settings. She's running atop moving trains. She's recruiting, she's rebuilding. She's upgrading her stats and upgrading her firehouse.

Firegirl is scheduled for Fall 2021, and our streamer, Joseph Moorer of Games N Moorer, latched onto it immediately.