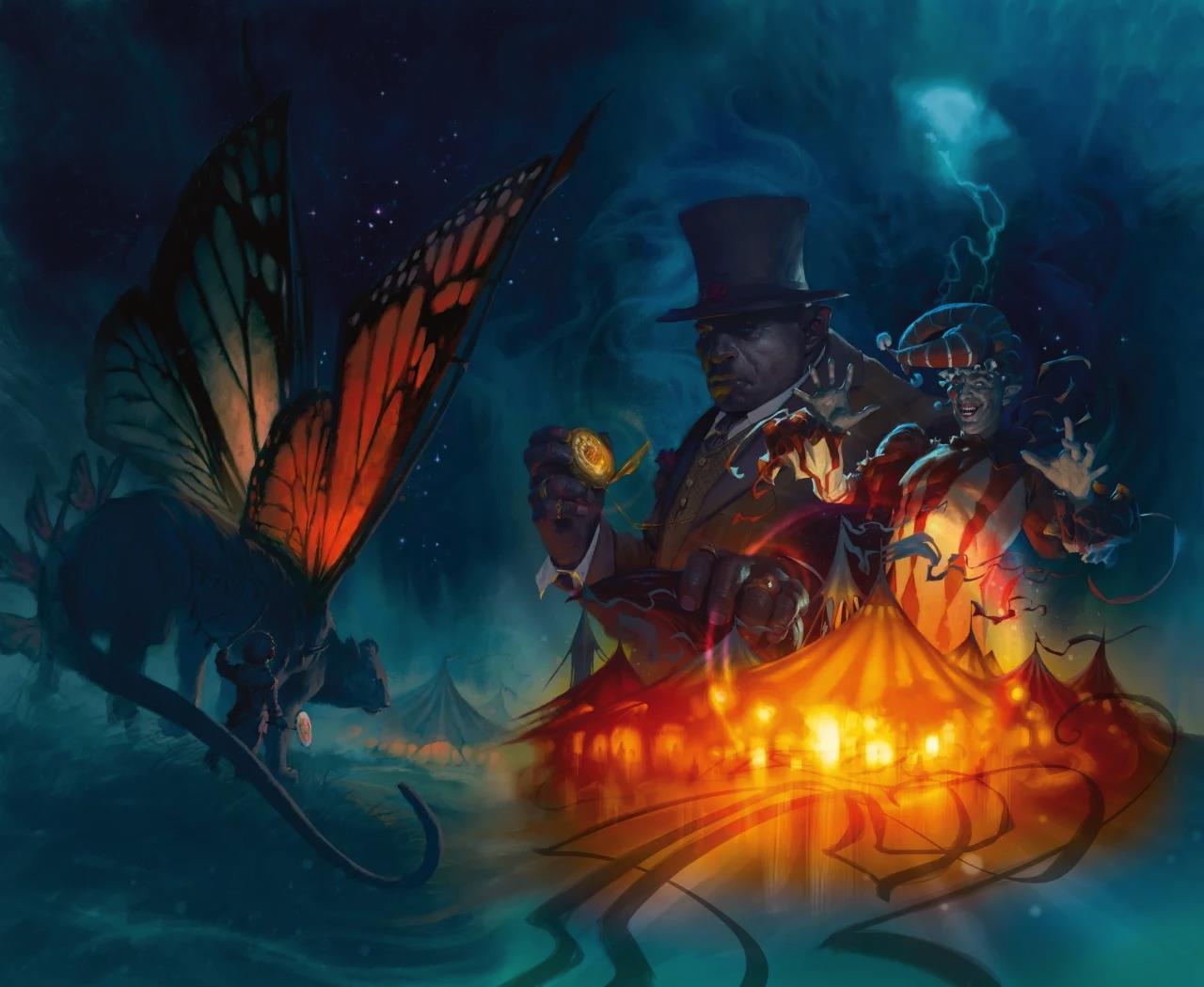 Seven years into the lifespan of Dungeons & Dragons 5e (Fifth Edition), the Feywild adventure book is coming. Described by publisher Wizards of the Coast as a land of "wicked whimsy," The Wild Beyond the Witchlight—wonderful name—puts a freaky jester spotlight and carnival barker spin on a fantastical theme that would typically picture just fairies and folklore. Yes, it takes place on the Plane of Faeries all right. But you can tell by the three-ring circus tents on the cover that one may be a gateway to the other.

All of it feeding a parallel plane of existence that thrives and consumes the emotions of its inhabitants. Though parallel in some ways, it's the polar opposite in others. Where a teeming metropolis lies in the Material Plane—where typical D&D adventurers live and die—the Plane of Faeries my have only a hunting outpost or a desolate ruin. A vast plain in the Material may be an impassible forest in the Faerie. The Feywild is made up of a whole lot of nature, is what I'm saying. And its sporadic magical nature can be as deadly as often as it is not. It is magic and chaos. It is not inherently good or evil: it is chaotic neutral. And time flows real weird over there. A day is like a thousand years, and a thousand years is like a day.

D&D Live 2021 presented by G4 on July 16 and 17 will have further details including new characters, monsters, mechanics, and story hooks suitable for all levels of characters. Personally, I'm looking for Jonathan Strange & Mr. Norrell. Or at least the "gentleman with thistle-down hair." Something tells me I might find something like them in this book. Or this book will give me the room to steal them. That or one heckuva FernGully campaign. If nothing else, it'll give Gaming Nexus Owner John Yan his dream role of reprising Cicero from Skyrim; just look at that jester on the cover.

The Wild Beyond the Witchlight: A Feywild Adventure will be available September 21.