In Lamentum, this man will go through hell to get back his wife 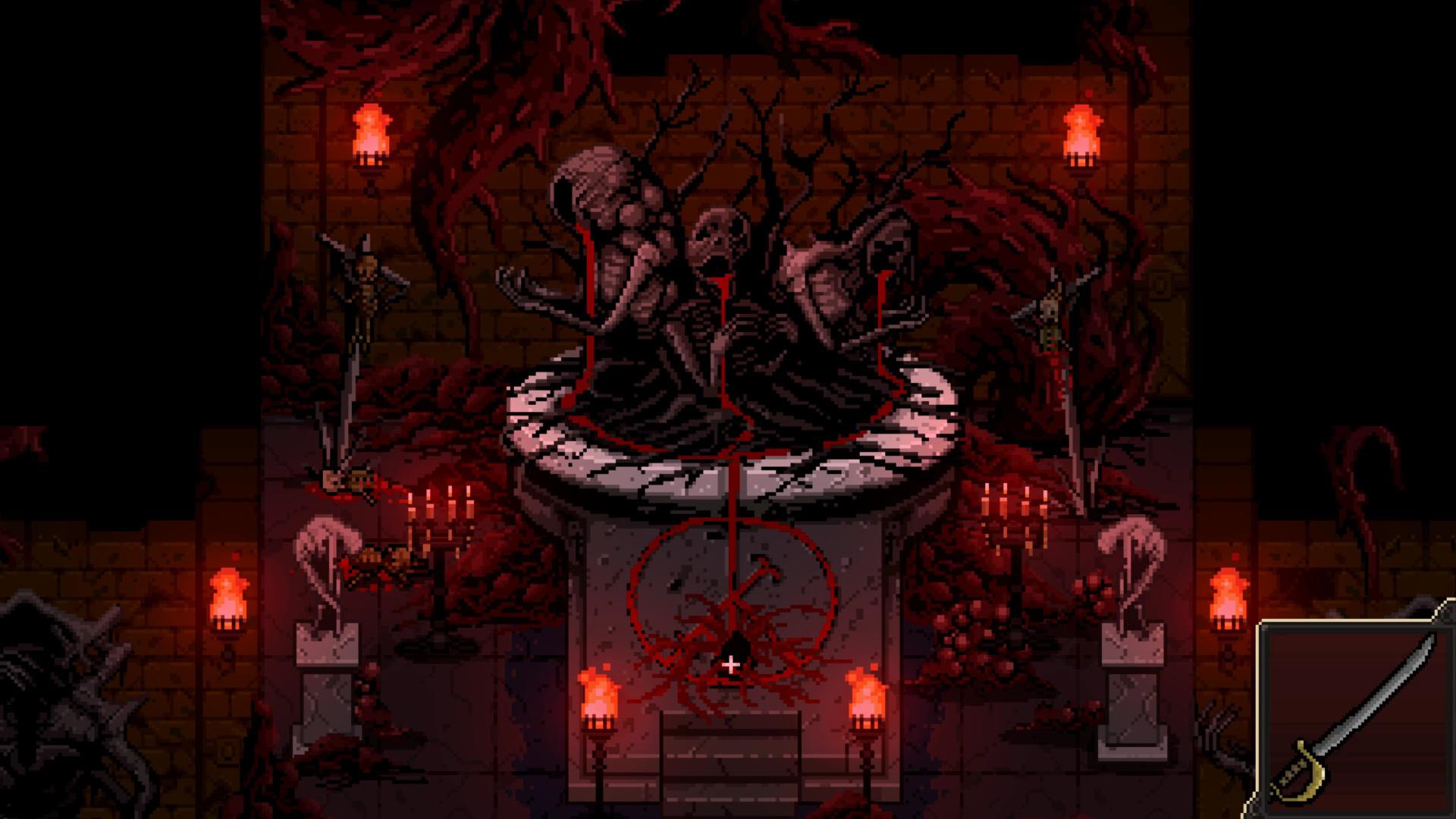 Taking visual cues from Darkest Dungeon, the slightly-less-grim and slightly-more-pixelated Lamentum fridges the wife and sends some poor sap off on a mission to bring her back. The screens are blackened around the edges, the music has cellos, and the characters all have long faces and heavy brows. It's good stuff if you're looking for something to scratch your gothic itch; something to salve your need for oil paintings of sailing ships, grandfather clocks, and shapeless masses of meat and teeth to chase you down the hallway. It looks like Carrion if you weren't allowed to be the monster anymore, you had to be the squishy, very-susceptible-to-teeth human again.

In addition to the grimdark tale told in visual novel form, you're a long coated man with a few hack-and-slash implements, and a few blunderbusses to bust. You're something of an alchemist, something of an astrologist, and something of a gravedigger when you put your back into it.

Coming Fall 2021, Lamentum will be on PC, Switch, PlayStation 4, and Xbox One.