I never played the first Chivalry game but once I saw a free open beta for Chivalry 2 pop up on the PSN store, I thought why not give it a try. Over the next few hours, I was glued to my PlayStation 5 engaging in massive multiplayer medieval mayhem. Firstly, though, players are encouraged to play through the tutorial and I’d go as far to say that it’s absolutely imperative new players run through the tutorial. Watching gameplay, it’s easy to think that Chivalry 2 is just a chaotic mess of slashing steel. In reality, there’s a ton of depth to the combat mechanics, most of which are covered in the tutorial.

Though, like anything with this much depth, it’ll take a little while to really master the various attacks and counters at your disposal. So, the first match I went into I unleashed my battle cry, scaled a castle wall, and ran into a group of enemies swinging my axe only to have my arm cut off and to bleed out on the ground. I didn’t start off too hot and this was a common occurrence in my first game where perhaps the naivety of a newcomer was on full display but boy was I having a bloody great time despite all the gruesome deaths. 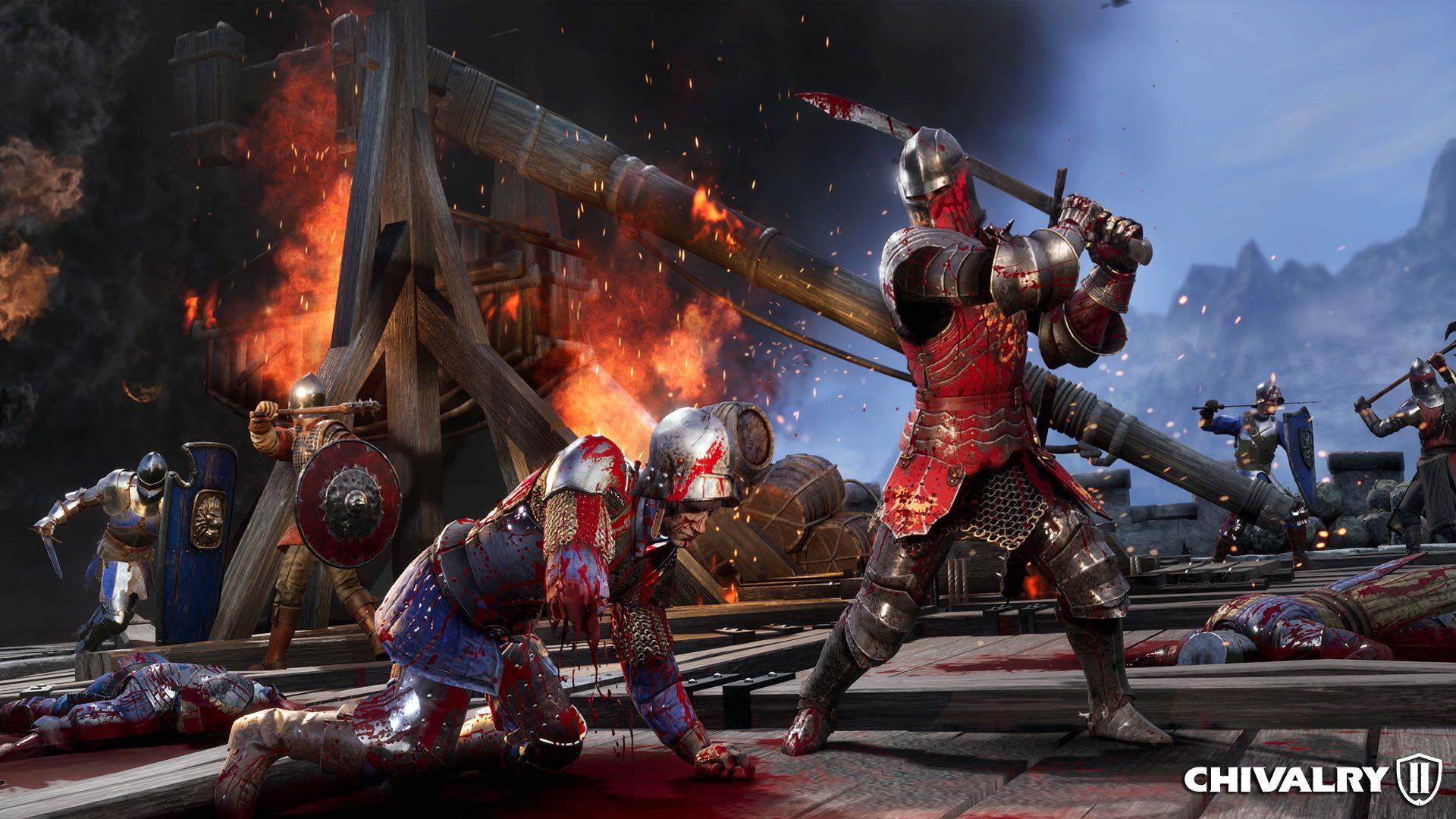 I came to learn that the beta has a respectable amount of content on offer to try out including my personal favourite, the 64-player mode. It’s a medieval version of Battlefield’s grand scale combat. Only, instead of tanks there’s siege equipment, instead of assault rifles there’s swords and axes, instead of sniper rifles there’s bow and arrows...you get the drift. It’s mass-scale carnage and I loved every second of it. The mode captures the intensity and brutality of “The Battle of the Bastards” from Game of Thrones.

Game modes are named after battles and there’s a few available in the beta, offering a range of team objectives. In The Slaughter of Coxwell, the Mason Order seeks to make a brutal example of the peaceful village of Coxwell after it declared support for Argon II. Burn the village, breach the gate, steal the gold, and kill the soldiers. In The Battle of Darkforest, Agathian forces lie in wait, ready to ambush the Mason army that marches forth to kill the Duke of Fogbern Keep. Destroy the barricade, push the convoy, capture and hold the gatehouse, and kill the Duke. In The Siege of Rudhelm, after weeks of siege, Agathian forces begin a final assault upon a Mason stronghold defended by the Mason heir. Push the siege towers, capture and hold the gatehouse, burn the tents, push the siege ramps, capture and hold the courtyard, and take down the heir to achieve victory. 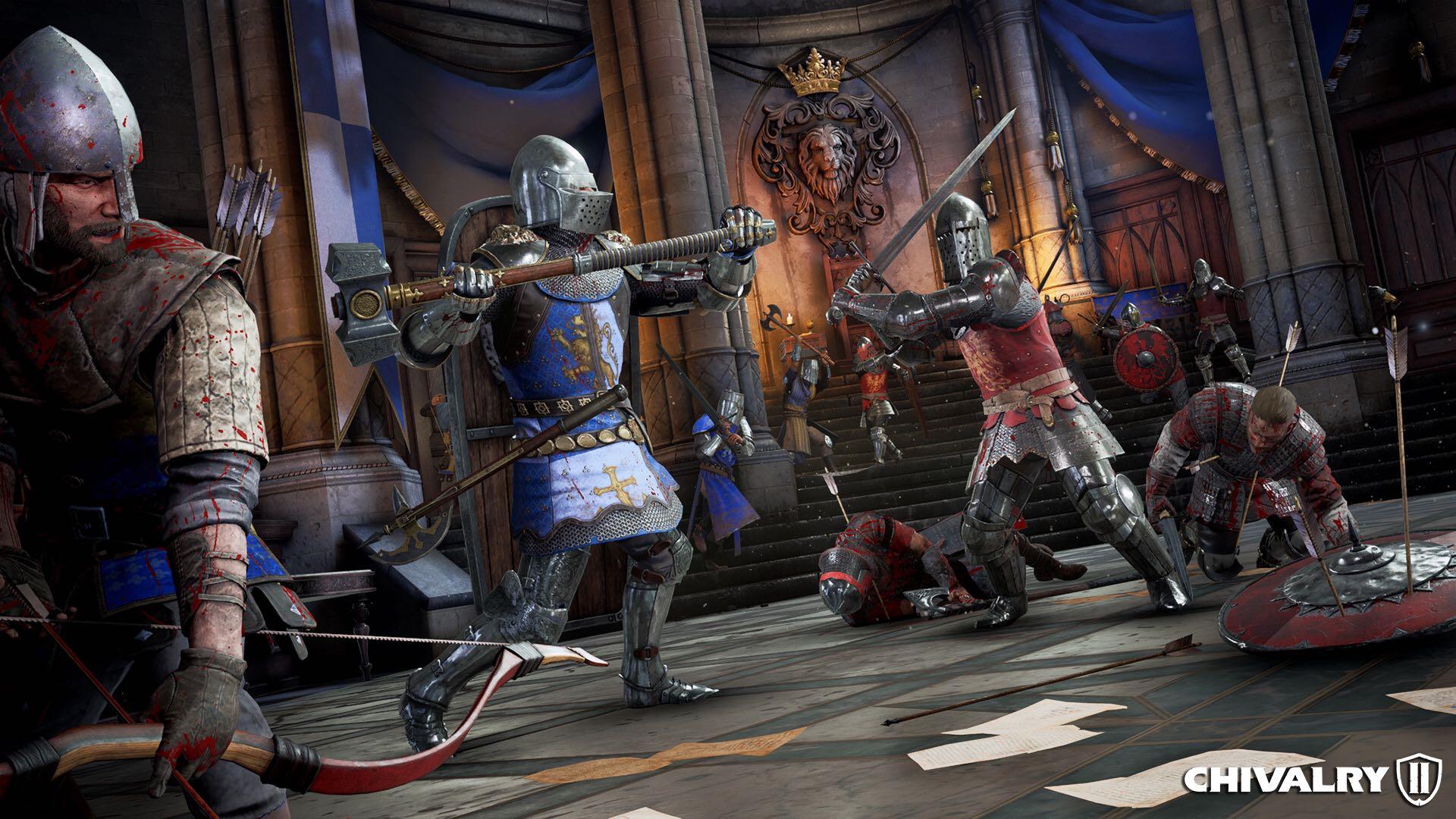 There’s also a few less objective focused modes more akin to simple, traditional modes found in PvP games. For instance, The Battle of Wardenglade is a Team Deathmatch/FFA map wherein the armies of the Mason Order and Agathian Knights meet in an evenly matched open field of battle. The Tournament Grounds is another Team Deathmatch/FFA map where Elite warriors of the Mason Order and the Agathian Knights fight for supremacy and adoration of the crowd. There’s also the ever so simple Free-for-All where it’s you versus everyone else.

The objective modes were indisputably my favourite to play, though taking a bit longer, as you really feel the comradery fighting together towards an objective. Running up a siege tower as you and your allies unleash battle cry’s to strike fear in the hearts of those atop the castle walls. The 64-player objective modes witness a large-scale battle filled with medieval gore of blood and limbs flying everywhere. It’s absolute madness but it’s brilliantly fun and engaging. Every time I died in some brutal fashion I was just rearing to charge right back into battle again.

The PS5 version of the beta was buttery smooth running at 60FPS which feels almost necessary for a game like this. The visuals looked great even for a beta and if this is how the finished product comes out, I won’t have any complaints. Well, other than the fact cross-platform parties aren’t possible yet which meant I couldn’t party up with my friends on PS4 but the devs are working on fixing that. If you want to jump into some massive multiplayer medieval mayhem yourself, the Chivalry 2 Cross-Play Open Beta is available now for free to all players on PC (via Epic Games Store), the PlayStation 4and PlayStation 5, the Xbox One and Xbox Series X|S.