There’s a game called Biomutant coming out in a few days on May 25. To be perfectly frank, I don’t know that much about Biomutant other than it looks seriously cool. In fact, I wrote two articles on just that. The first one, ‘I can’t get over how cool the world of Biomutant looks’ was after I saw The World of Biomutant trailer. I then posted ‘It turns out I still can’t get over how cool Biomutant looks’ shortly after watching a 12 minute gameplay video that blew me away. Not in the cinematic AAA blockbuster sense, but it blew me away that such a cool-looking game was made by a small team consisting of only 20 people.

Unfortunately, the biggest attention I’ve seen given to Biomutant on my social feeds was over silly, farcical controversy. THQ Nordic published PlayStation 5 and Xbox Series X footage of Biomutant. This followed a series of gameplay videos showcasing the game running on all platforms - welcome transparency in the wake of the Cyberpunk 2077 situation. Unfortunately, due to technical instability issues, native 4K was disabled on the PlayStation 5 version.

Most rational people would understand that such a small team ran into performance issues and forgive them for temporarily disabling native 4K for a stable upscaled 1080p at 60 frames-per-second. Rational people would be seriously impressed at how great Biomutant looks given how small the development team is. Well, those fighting an imaginary console ‘war’ are not rational and it’s mired the release of Biomutant that should otherwise be a positive time for gamers and the development team.

Instead, a simple look at the THQ Nordic Twitter account shows a torrent of negativity ranging from promises to boycott the game to personal attacks on the capabilities of the developers. It’s an ugly reminder that something so inconsequential can have a negative impact on the launch of a brave new IP from a small development team. Though, full credit goes to the THQ Nordic social manager who handled the situation with class. Just reading their replies shows how amicably they handled the abuse and probably deserving of a raise.

As someone who primarily plays on PlayStation 5, I’ve already pre-ordered Biomutant. It looks seriously cool and I want to show support for new IP coming from a small development team. There’s not enough risk-taking in this industry so I’ll support a game like this whenever I can. Biomutant will be released on PC, PlayStation 4, and Xbox One on May 25th, 2021. If something as inconsequential as native vs. upscaled resolution doesn’t bother you, consider checking it out. If it does bother you, THQ Nordic has promised that more information will be revealed “soon” on a native 4K PS5 update. 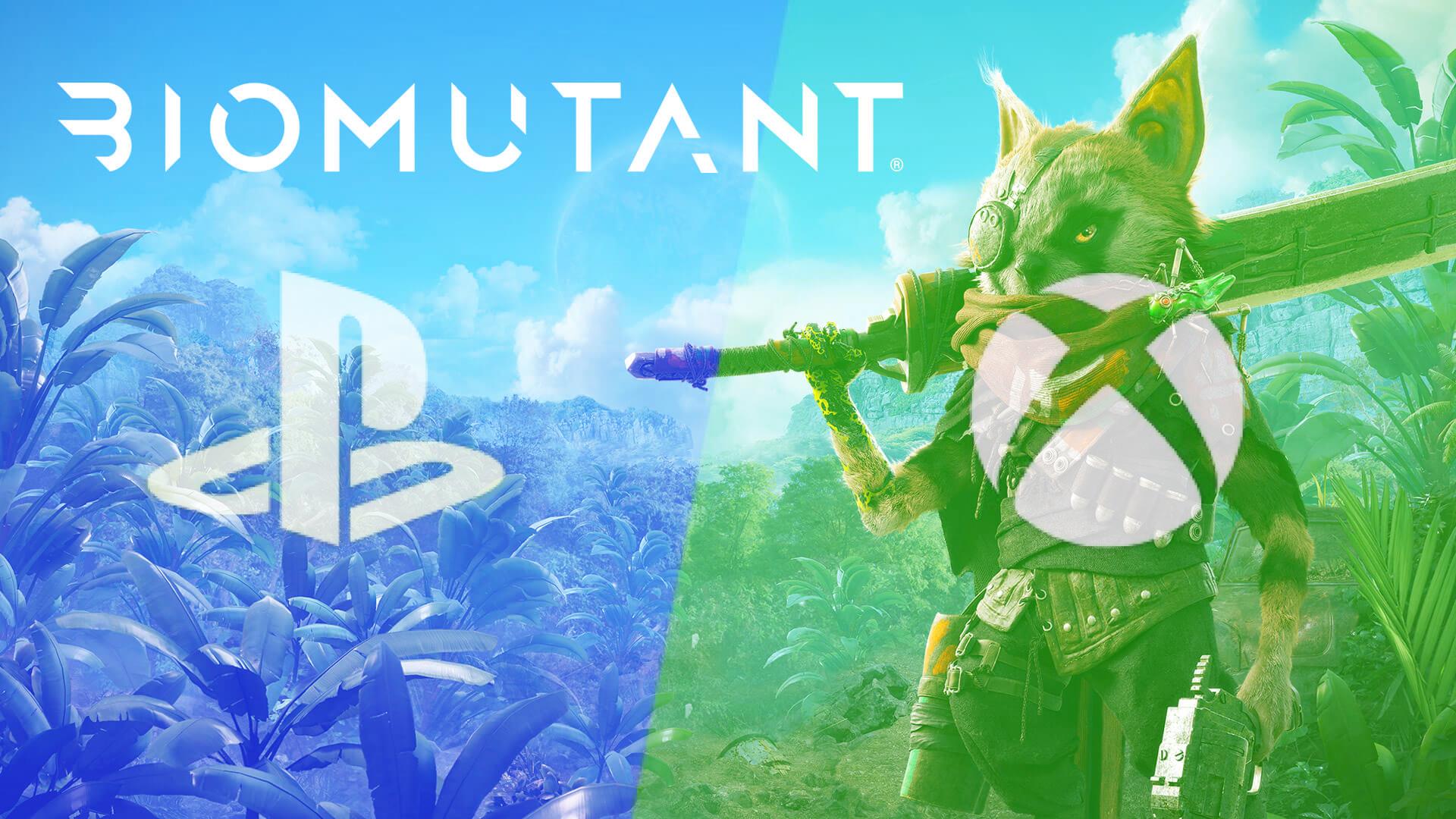