I'll pit Book of Travels up against any game you want, screenshot for screenshot 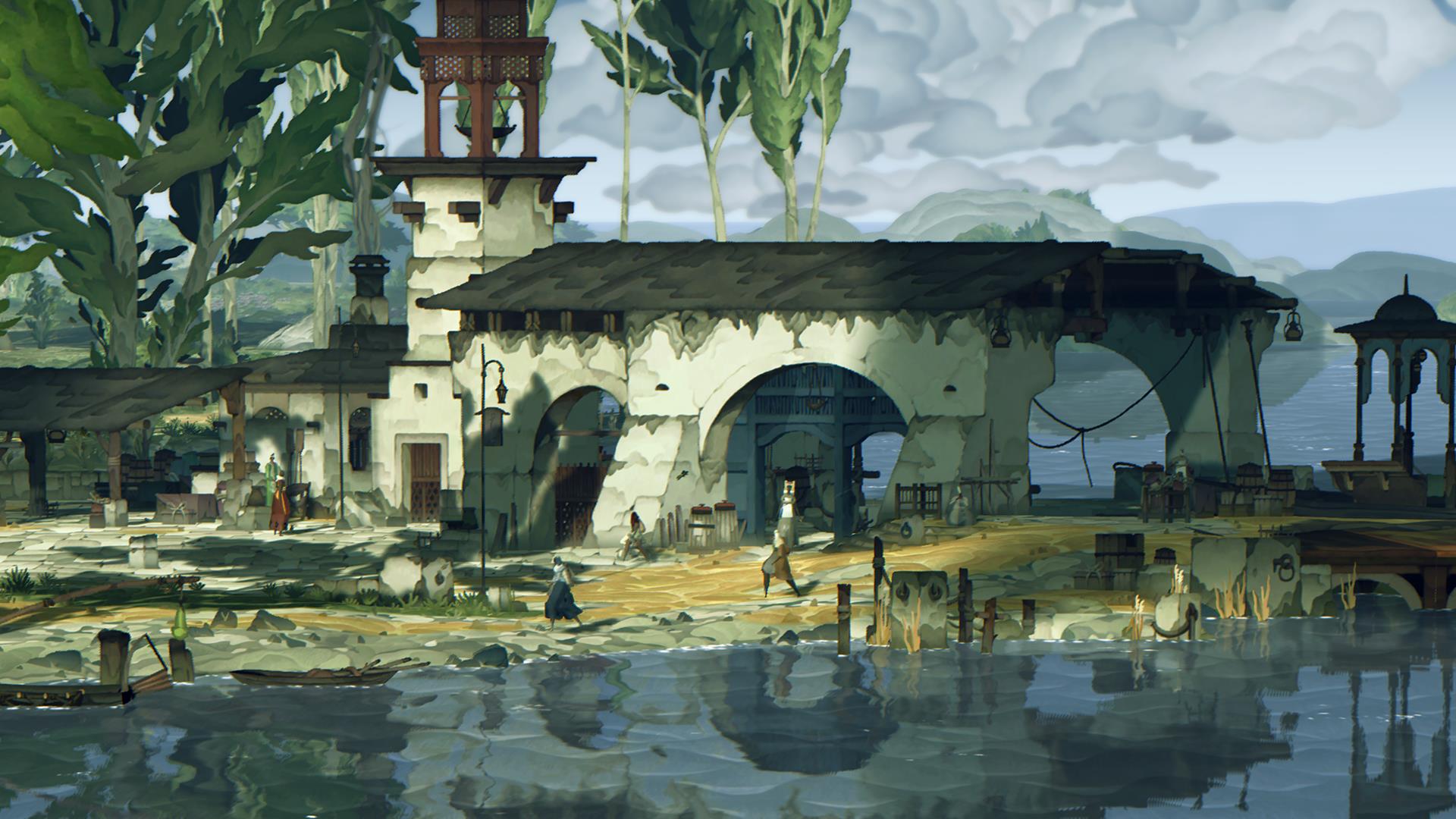 This isn't normally my style to just dump a folder's worth of screenshots into a news post. But this is Book of Travels we're talking about. It's a game that already knows where its greatest strength lies, and it's not even out yet.

Just look at the screenshots down there. Look at them! Maybe I've been struck by an art style like this once or twice before. Not in a copycat sense, but in the sense of me being floored and atypically speechless at what I'm looking at. One of those times was from The Banner Saga. All 1, 2 and 3 of them. Perhaps more recently, I'd concede that Harold Halibut is on that list, too. (Put that one on your radar right now.)

But Book of Travels, being not an MMORPG but a TMORPG—"Tiny Multiplayer Online Role-Playing Game," I'm guessing, due to its smaller groupings of players—also will make this fairytale world more breathable for folks like me. Folks like me that never were inspired by watching millions and millions of players hop around MMO environments, running circles around quest-givers, and shouting in all caps across the zone.

Ready your pack, grab your walking stick and step into a world of mystery and legend. Craft a unique character and immerse yourself in the enchanted lands of Braided Shore. Set your own goals and adventure alone or together with Travelers you meet on the road in this serene TMORPG.

While I can't seem to locate it on the official site, I swear I saw somewhere where it said one of the gameplay elements (as opposed to running and gunning) was to be polite to one another. I mean, yes friggin' please.