Ubisoft blows out The Division universe into full multimedia franchise

Ubisoft seems to be very busy lately expanding all of its franchises into giant multimedia properties. Following last year's announcement of an expanded Assassin's Creed universe (a Netflix show, more books, etc), Ubi today announced that the Tom Clancy's The Division universe is about to experience a metaphorical big bang, quickly expanding into a few very interesting areas.

The biggest part of this initiative seems to be the announcement of Tom Clancy's The Division Heartland, a new free-to-play game being developed for PC, console, and cloud platforms "in 2021-2022" (I'm guessing Ubisoft wanted to build in a little wiggle room on the release date). Division battle royale, anyone? Maybe?

Also announced were an eventual mobile title, a Netflix film with Jessica Chastain and Jake Gyllenhaal (Ubisoft and Netflix pulling out the big guns!), and new content for The Division 2, which will include "an entirely new game mode and new methods for levelling up agents with an emphasis on increasing build variety and viability".

Gaming Nexus will bring more details on this initiative as they develop. In the meantime, here's a delightful chart with many, many "The Division" logos: 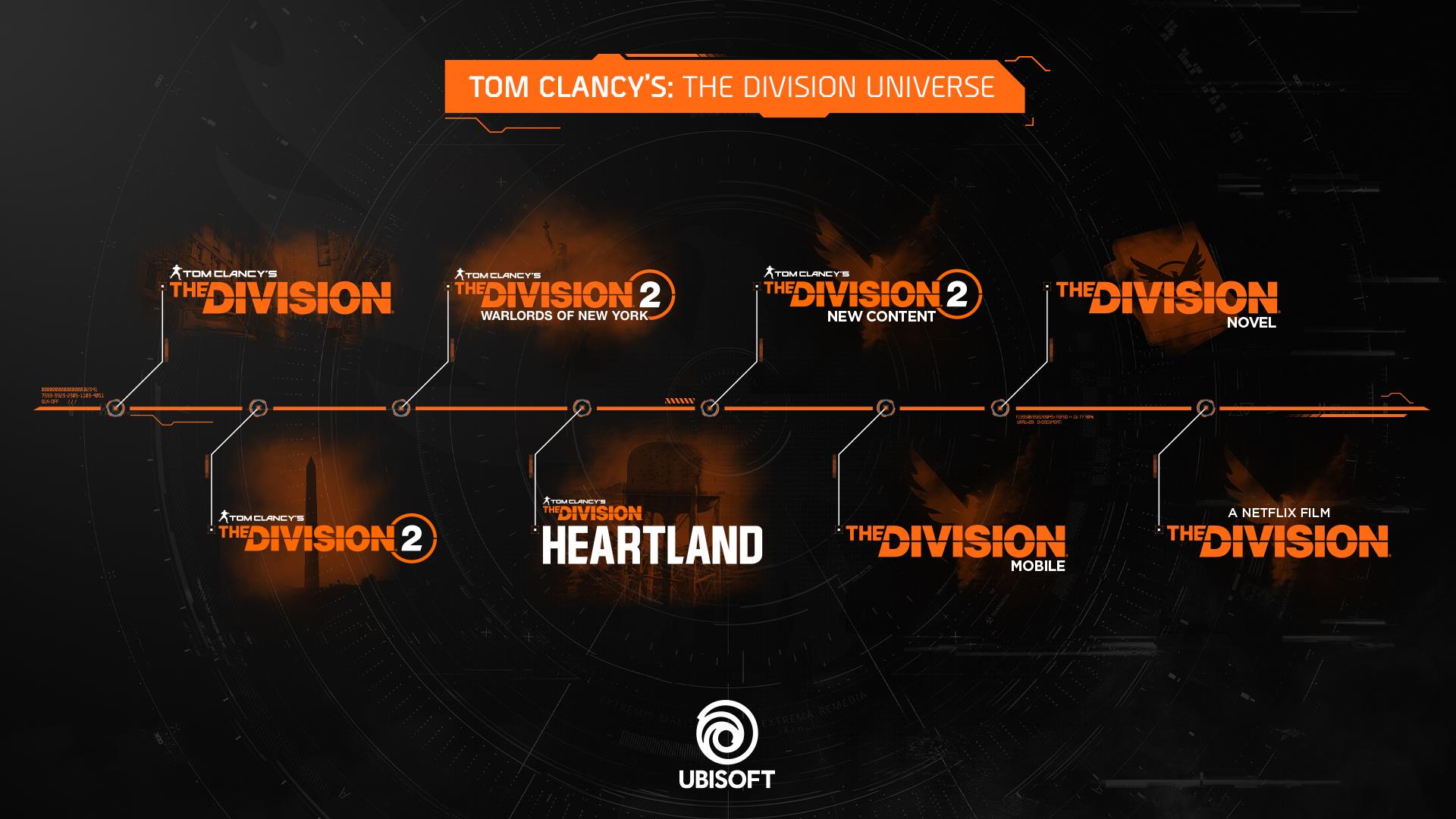