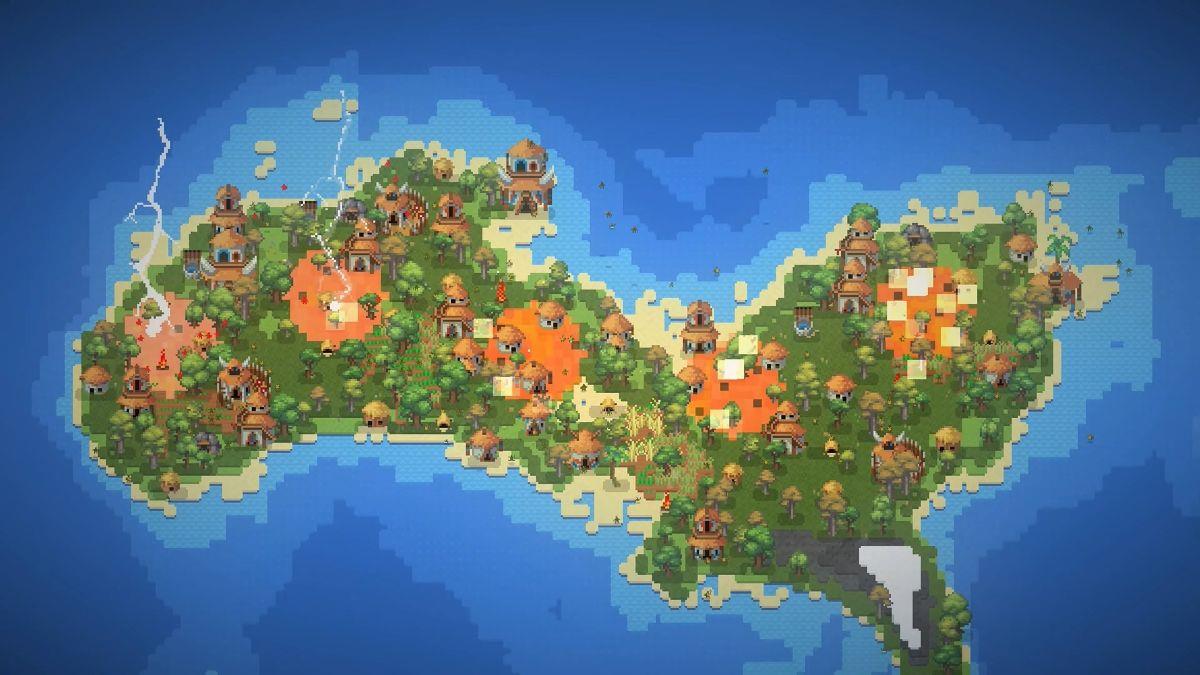 That's what WorldBox taps into. It's not the most exciting name. But the trailer convinced me of the inherent level of fun that exists in all destruction, especially when you're the one wielding those tools of destruction. Of course, it's always harder to tear something down when you were the one that built it up. But hopefully in your godlike travels, you come across a cat-killing tribe of orcs that have absolutely just asked for a smite.

It's also neat that these are cute-as-a-button, Super Mario Bros. 3-like maps. The maps likewise seem to be begging for a herd of tornadoes to be sent their way. Or a rash of lightning blasts that leave the countryside scarred and burning. Or even a good ol' UFO that's tractor beaming up a shepherd's flock, one bundle of future cotton at a time. Watch till the end for the enormous bowling ball drop. (And on the game's Steam Page, there's even a giant "Crabzilla" with laser claws and a Santa hat sending a lovely seaside town to the bottom of the ocean. I mean c'mon. Are you not entertained?

WorldBox is in PC alpha directly from the developer for $9.99. It'll hit Steam Early Access at some point later, TBD.