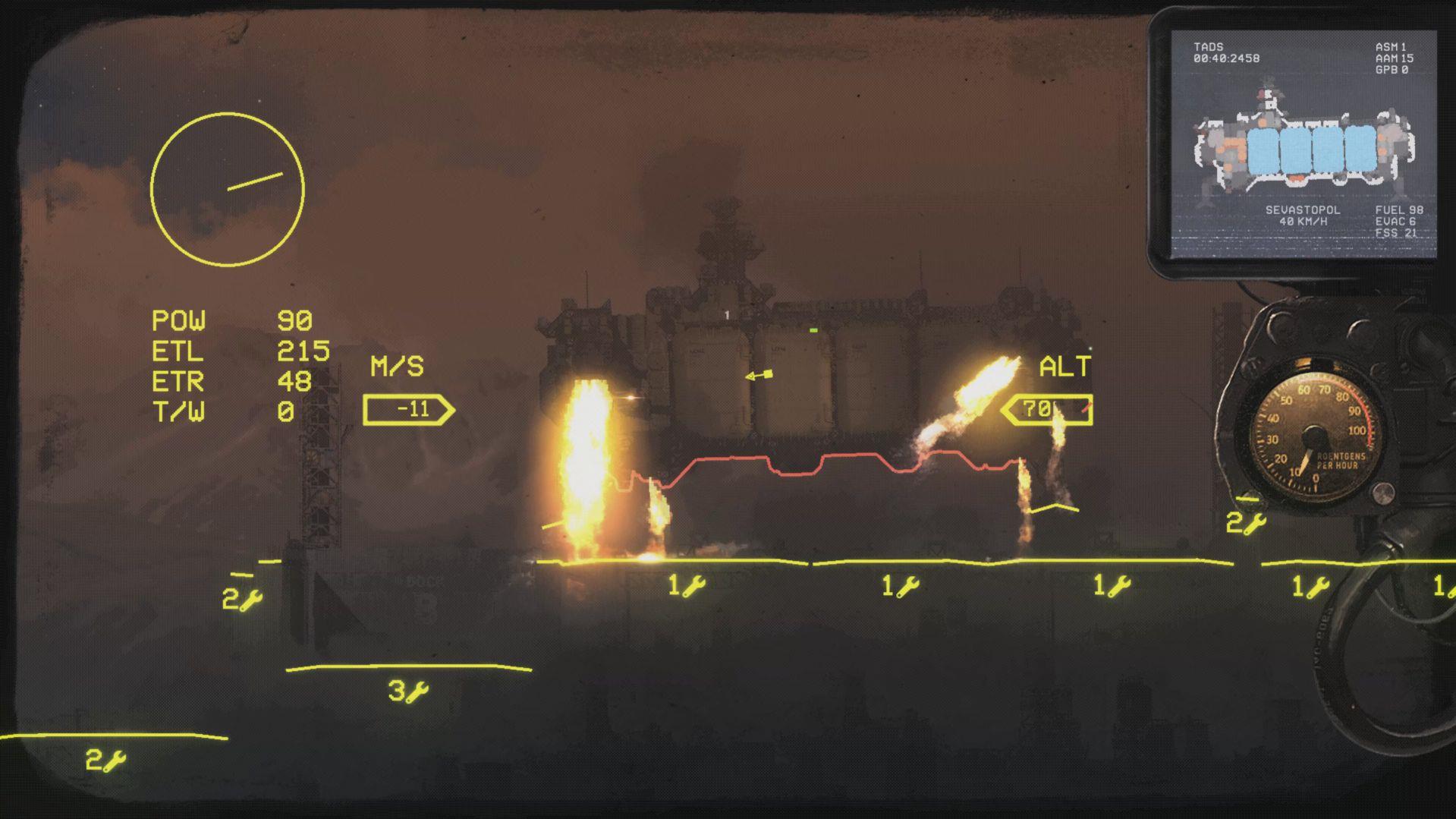 Two friends living in a very cold, very northern, very Russian town got together and started making a game called HighFleet. Back in 2016 it caught the attention of the Moscow DevGamm conference. They slapped a Best Indie Game of the show sticker right on the box. And then for years there was seemingly nothing. Sometime between then and now, however, publisher MicroProse picked up HighFleet. That five-year-old DevGamm conference could've very well been the last we ever heard of this awesome-looking roguelike. But thank you, back-from-the-dead MicroProse, for putting it back on the radar.

HighFleet looks like a low-atmosphere game of arcade Asteroids, maybe sprinkling in a little of the Commodore-64's ol' Jupiter Lander. Big, bright, explosions and lots of smoke perk things up between the  exploration, logistics, and diplomacy. Also, you just might be the answer to a world-saving prophecy? If I get to do all this in bulky, shapeless missile barges, too, all the better.