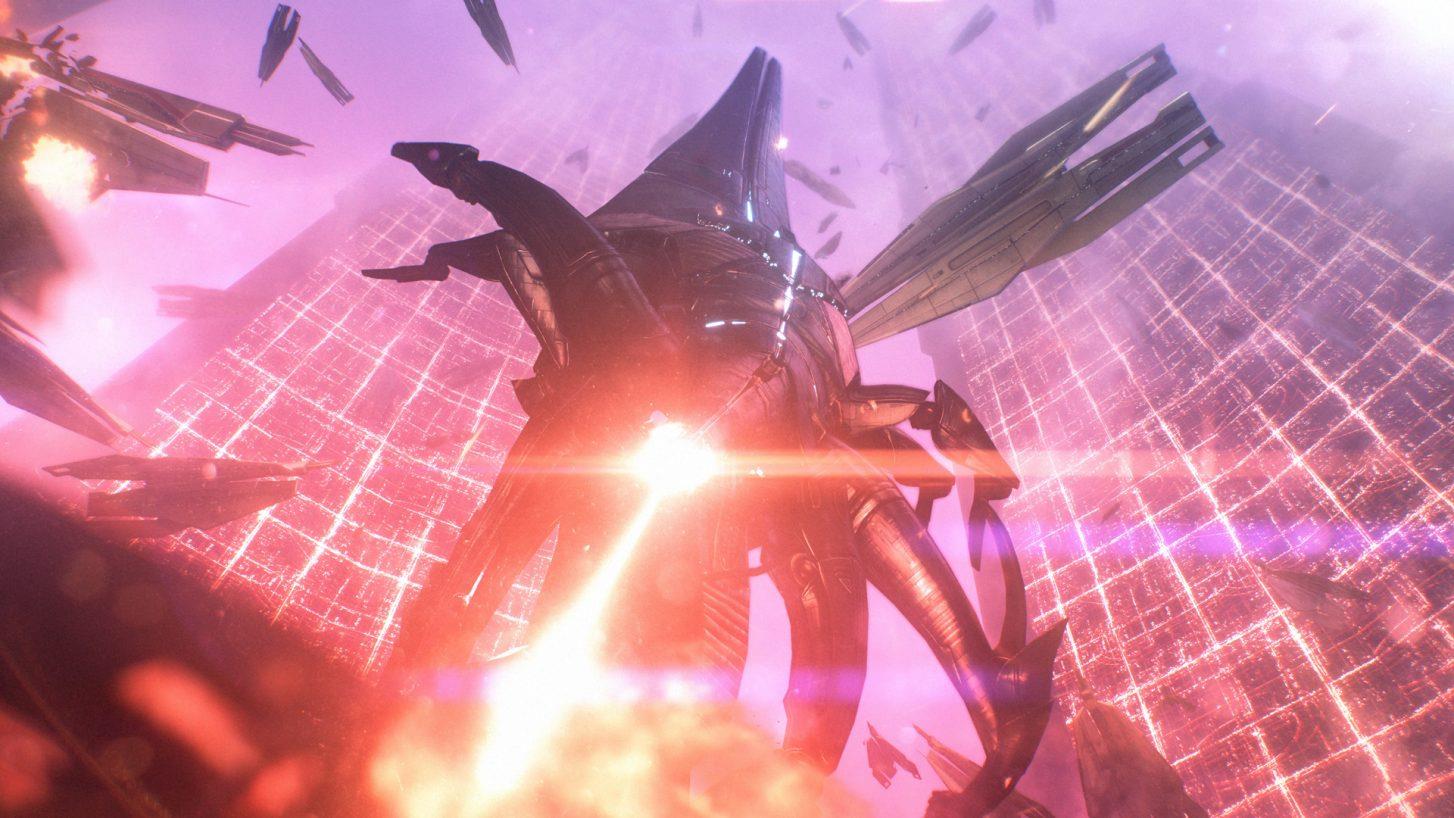 BioWare isn't just putting a fresh coat of paint on the Mass Effect Trilogy and then sending it out the door. In Mass Effect Legendary Edition, BioWare is making design tweaks that it learned during the span of all three games. This means that most changes affect the first game in the trilogy, Mass Effect 1. (Why don't games, movies, music, or books ever put a 1 in their first title? Even when a developer, director, musician, or author knows it will be a series and not just a one-off? Never knew the answer to that one.)

First major change to the series comes to ME1 in the form of combat. ME1 was developed to be more like an RPG, whereas ME2 and ME3 were more shooter oriented. While not giving up the spirit of what BioWare wanted to accomplish in ME1, it looks like gun combat will be at least a little bit less dependent on dice rolls to land hits. There are a lot of other tweaks to ME1 combat. Like being able to sprint out of combat, or melee attacks being mapped to a button rather than done automatically when it proximity to an enemy. Reticle bloom chills out a lot, which will be great for using automatic weapons. The spread on those was ridiculous. And all classes can use all weapons without penalty.

While ME1 gets the most combat improvements, some improvements apply across the entire series. Like having squadmates that can be independently instructed where to go, additional cover added to some encounters, and entering or exiting cover is much snappier, more reliable now. But not all improvements are all in ME1 or all across the board. Sniper rifle ammo drops, for instance, have been improved in ME2, since those bullets were a tad rare.

The Mako, the bouncy six-wheeler—that I fondly nicknamed Rubber Baby Buggy Bumpers—is a little less unpredictable now. They even threw a turbo boost on the thing, helping you jet up those vertical cliff faces on some planets.

Your Shepard's appearance, both male and female, will be more consistent through the trilogy now. I remember seeing people's customized Shepard looking unrecognizable from ME1 to ME2, and from ME2 to ME3 in some cases. Some folks were having real "Look how they massacred my boy" moments.

Achievements across the trilogy have been updated, if you're into that kind of thing. Weapons and armor DLC packs are integrated more organically throughout the campaign. Audio is remixed, hundreds of old, persistent bugs have been squashed, and—thank goodness—controller support has been added for PC players.

Remember how the "Galaxy at War" scenario had your readiness percentile spelled out on the main menu? Well, due to BioWare having to make the painful decision to leave out multiplayer, that readiness score is no longer affected by multiplayer or the old companion app for ME3. You'll still have to pump up those numbers. It just won't be affected by those no-longer-included items. If you only play ME3, getting the good ending will be harder than ever. If you play the entirety of the trilogy, getting the good ending will be more aligned with the stars. Oh, and the redone ending to ME3 is now the default ending.

It's always a bummer when one particular outlet gets special access to a game ahead of everyone else, but whatever. IGN put together some side-by-side comparisons of the original trilogy with the shiny new Legendary Edition. Video below.

Mass Effect Legendary Edition launches May 14 on PC, PlayStation 4, and Xbox One.