Peanut butter and jelly, peas and carrots, Lego and Star Wars, some things just go well together. Unfortunately if you were excited for the upcoming Lego Star Wars: The Skywalker Saga then it's time to make the sad R2-D2 beeps. TT Games has sent out a tweet saying that it will no longer be making the Spring 2021 launch it had aimed for. 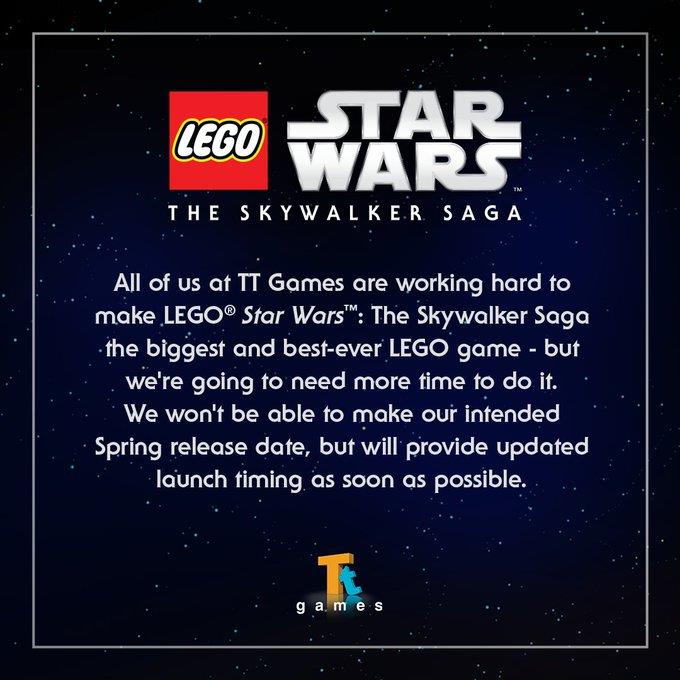 The worst part of the announcement could be the indefinite timetable they have given, zero word on when we might see a glimmer of a lightsaber. Lego Star Wars: The Skywalker Saga is expected for Switch, PlayStation 4 and 5, PC, Xbox One, and Xbox Series X when it does release. 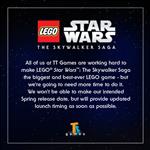