Double dipping - trophies in a time of cross-gen platforms

So a thing happened on my way to the Call of Duty: Black Ops Cold War platinum on PS5 - I noticed the PS4 version of the game was sitting there with a few trophies of its own. You see way back when the PS5 launched I was having trouble even downloading the next-gen version of the game and had started my review on the last-gen version. That small progress in the campaign had earned a few trophies but when I worked out my issue and swapped over I had to begin the campaign anew. My multiplayer and zombies progress went with me though, because that is data stored on Activision's servers, not locally like the single player campaign saves and progress.

So now that the multiplayer and zombies grind was over, wouldn't that just carry right on back? I had just one trophy left on the PS5 standing between myself and platinum, and a recent mode switch had made that particular beast's mountainous challenge more a series of molehills. I downloaded and jumped back into the PS4 version, and while none of my multiplayer trophies popped immediately, they all did just as soon as I did another of the thing required. So on my next kill the trophy for 200 kills dropped, my next victory the trophy for 50 victories, etc.

Zombies was a bit more work, but not terribly much. I did have to do a full Easter egg run to close the rift, and craft one of just about every item (but not really because new items have been added and the number remains 14 even if there are now 16 items total), and hang out in the yard for 15 rounds; but zombies is fun and I'm experienced enough by now to breeze through these. Besides closing the rift is dead easy solo, you can do it before you even hit round 15 and have a full arsenal to take down the final room. The only trophies I would be wary of is the upgrade a skill and upgrade 6 skills to Tier III, Socket-to-me and Six Pack. The latest season had introduced new skills to max and upgrade, so mine popped when I did those, but if you swap over after already maxed you may need to wait it out until another new skill is introduced to register...

A Veteran difficulty campaign run later and "dink, dink" platinum achieved, twice over. The game even saved my Dead Ops Arcade Solo Advanced run at the final hurdle so I didn't even need to grind my way to the Mamaback, just pick up at the mid-boss and take her down one more time.

This certainly won't be the case with every game, especially ones that are campaign heavy and running on different data files for PS4/PS5, but for ones where the majority of the grind is server-based, like in Black Ops Cold War, there is an opportunity to double dip with relatively little extra effort. This should also work in the other direction. So if you're still on last-gen waiting for that next-gen upgrade, the rules should still apply. Keep it in mind, because of course the only thing better than a shiny platinum trophy... is two shiny platinums! 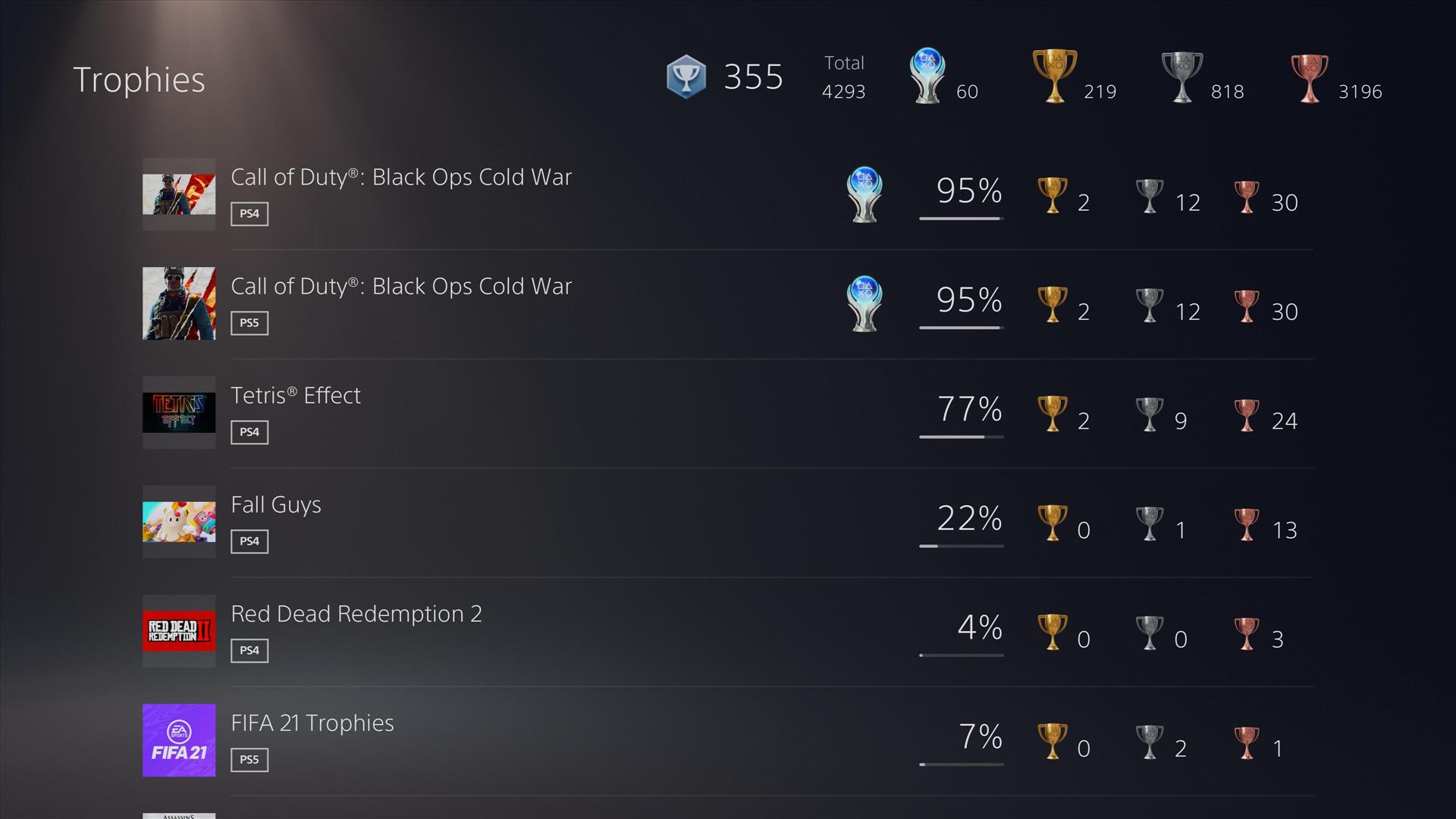