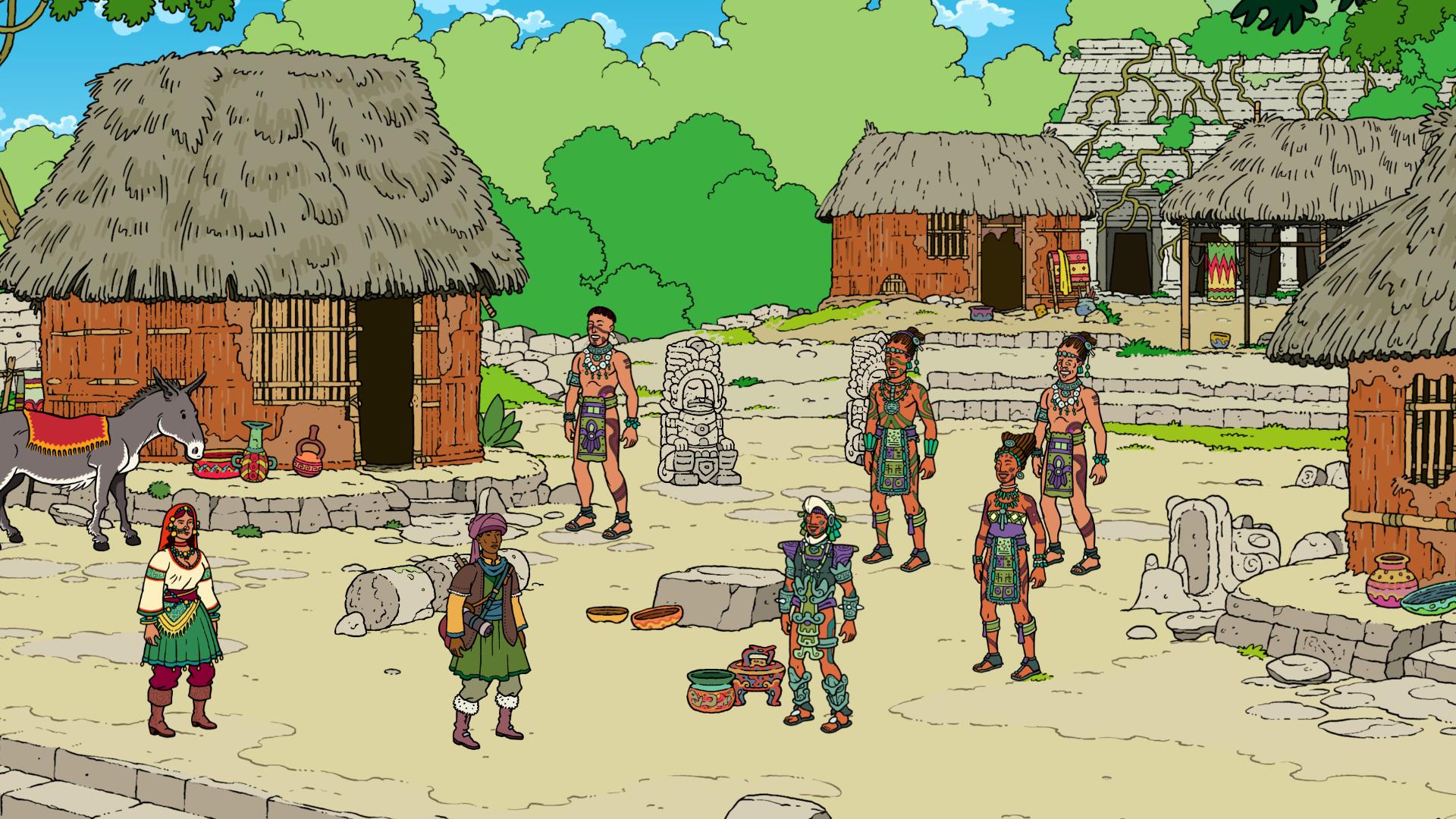 Lo-fi is seemingly a musical genre unto itself, and it's perfectly primed for video game soundtrack remixes. It takes about two videos for you to realize: yes, okay, Oblivion NPC Dialogue is definitely in on its own joke. And here's someone's best argument for Monster Hunter (Milla Jovovich, Tony Jaa) being the best video game movie ever.

Having had my left knee replaced yesterday, I'm taking the week off of my usual hectic review schedule. Instead, I'm enjoying a nice, drug-fueled good time with Skyworld: Kingdom Brawl on the Oculus Quest 2.

I have the original Skyworld on PS VR, which my son and I played the heck out of. This new version strips out all of the base title's board game strategy mechanics, instead focusing on the card-based battle system. It is simple, fun, and tough as hell. Skyworld: Kingdom Brawl has got me playing on Very Easy mode till I build up my deck a little bit. Or maybe it's the narcotics.
I'm also using the Quest 2 to catch up on The Boys in the Amazon Prime app. If you own a Quest and you haven't tried it, it is a lovely way to pretend you are at the movies by yourself when you are in too much pain to sit up all the way. It places you in a theater with an IMAX-sized screen, which is way better than sitting in my bedroom. Next up: Coming 2 America.

After this week I have finally given up on Sword of the Necromancer. I kickstarted the game and began playing it when it finally dropped. I quickly gave up as I wasn't feeling it. A patch came out recently and fixed a lot of the gripes I had with it. So I had been devoting time to it.

I was recently given my first review, Curious Expedition 2, so all of my time is now going into that review. Let's just say I'm curiously surprised by what I've seen so far.

It's Holy Bethesda Batman Day over at the Game Pass offices. That means my weekend starts off with an eeny, meeny, miny, moe between 18 games over there, but I've narrowed it down to Prey, Oblivion, or Dishonored. Prey because the term "immersive sim" can be so hard to pin down that the Waypoint Radio podcast crew spent an entire episode defining what, exactly, is an immersive sim, and Prey was central to that discussion. Oblivion because I've tried playing that one probably a dozen times over the years, and I've only gotten out of the main city in the beginning just once. And Dishonored (which I pronounce dish-honored for no reason) because I like the Half-Life mixed with a What Will We Do With a Drunken Sailor vibe. It'll be a very busy weekend if I can wean myself off Loop Hero. That's Bethesda's biggest challenge.

I'll be jumping on some newer games with retro looks this weekend. I've put a few hours into the early access of Revita, and I'm thoroughly enjoying the change from the card based roguelite games into a twin-stick shooter. Don't get me wrong, I'm still terrible at the game, but I love the challenge it presents. When I'm feeling like using fewer inputs I'm going to be jumping over and checking out  Dragonborne. I mentioned in a previous article that the game was released this year but was developed for the Game Boy. Luckily for me you can still play it on Steam so I'll be opting for that, but I'm looking forward to diving back into this game and reminiscing on the old Dragon Quest entries I grew up with.

I am getting that itch to go full into VR again, so I installed both The Elder Scrolls V: Skyrim VR and Fallout 4 VR to get back into those worlds. I mean, it's Bethesda week for Microsoft so I might as well pop into two of their highest-profile games and actually "be" in those worlds. Hopefully, the installation of all the mods I use won't take too long, but I'm looking forward to dragon shouting into my mic and navigating the Pip-Boy map by raising my left arm and looking at a virtual recreation of it.