The latest entry in the Harvest Moon series is now available and is the largest Harvest Moon game to date. In Harvest Moon: One World the Harvest Goddess, queen of crops, has vanished. This leaves the player with nothing. No cabbage, no carrots, nothing. However, before she disappeared the Harvest goddess imbued the Harvest Wisps with the knowledge of the various seeds, ensuring that the various fruits and vegetables would not be lost. You'll explore five unique areas as you attempt to locate the Wisps to unlock those seeds while you grow your farm and raise animals such as cows, sheep, and even reindeer. In addition you can use your Expando-Farm to easily travel from one area to another.

Along with the standard edition, a collector's edition is also available that includes a chicken plushie and a music diorama that features a song from the game, "Spring on the Beach". Harvest Moon: One World is now available on the PS4 and Nintendo Switch for $49.99 along with the Interior Design and Tool Upgrade Pack for $2.99 and the Season Pass for $14.99 that will include all four DLCs as they release. 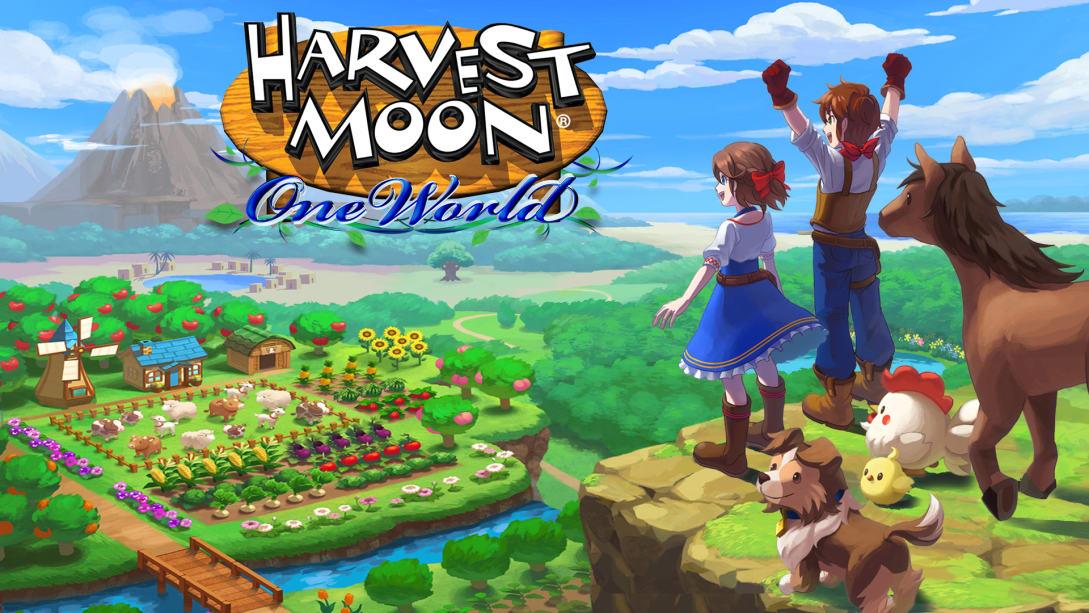 Harvest Moon: One World is Available Now on Nintendo Switch and PlayStation 4!

Burlingame, CA. – March 2, 2021 – Natsume Inc., a worldwide developer and publisher of family-oriented video games, today announced Harvest Moon: One World is available now in North & South America on Nintendo Switch and PlayStation 4.The game is rated E for Everyone by the ESRB and is available for $49.99 USD.

"Harvest Moon: One World is our largest Harvest Moon game yet," said Hiro Maekawa, President and CEO of Natsume. "With five different lands inspired by real life places, mystical Harvest Wisps, innovative tools that helps you quickly travel and take your barn with you, and new rare and exotic animals, this is truly a new world for players to explore."

A New Harvest Moon with Global Appeal! Take a trip around the world in the latest entry in the long-running Harvest Moon series! Players will ride camels across the deserts of Pastilla, venture deep into the snowy mountains of Salmiakki, and even visit a volcano near the cozy mountain town of Lebkuchen!

Can you imagine a world without cabbage, tomatoes, or even carrots? Believe it or not, that's the world you'll find yourself in at the beginning of Harvest Moon: One World, as the Harvest Goddess, the queen of crops herself, has vanished...

However, before the Harvest Goddess disappeared from this world, she imbued the tiny Harvest Wisps with the knowledge of various seeds, thus ensuring the various fruits and vegetables of the world would not be lost. Using the power given to these Harvest Wisps, you'll unlock various seeds as you progress through the game! But the Harvest Wisps can be tricky to find, as they all appear at different times and places. You'll need to use your noggin to make sure you seek out as many of them as you can!

The Harvest Moon: One World Collector's Edition is also available today. The Harvest Moon: One World Collector's Edition includes a chicken plushie and a music diorama that features an original song from the game, "Spring on the Beach". The diorama depicts a scene from the game with the male and female main characters and animals set to music. The animals are magnetized and rotate while the music plays.

Live your best life! Customize the interior of your house with five fabulous designs! You will also be able to upgrade your hoe, watering can, hammer, axe, and fishing rod an additional level, making growing crops, fishing, and mining easier and faster! This pack includes an additional level for all of your tools and five Different Interior Design Sets: Farm, Castle, Steampunk, Spaceship, and Starlight!

The Interior Design & Tool Upgrade Pack is available now for $2.99.

Purchase the Season Pass today to receive access to all four DLC's for $14.99. DLC's launching after March 2 will automatically update in-game on their release dates.

To learn more about all DLC Packs, visit the Natsume blog.

Harvest Moon: One World is rated E for Everyone by the ESRB and is available for $49.99 USD on Nintendo Switch and PlayStation 4.