The Lich has thrown the world into a timeless loop and plunged its inhabitants into never ending chaos. Wield an expanding deck of mystical cards to place enemies, buildings, and terrain along each unique expedition loop for the brave hero.

I'm going to be honest with you, card games start at a deficit with me. You've really got to be something special to even make me turn my head in your direction if you're a card battler. Not because I'm a connoisseur of cards, but because I can't be bothered. I've dipped my toes into some of the biggies. I've sampled Hearthstone, I've sampled Gwent—both in and out of The Witcher 3, I've sampled The Elder Scrolls: Legends, and I even bought a tabletop copy of Wingspan just yesterday, in fact. I go neither deep nor wide in this particular genre.

Doesn't matter. I saw the trailer and had to get my hands on Loop Hero. There's something different going on here that I'm not seeing in the average card battler, and I want to figure out what it is. 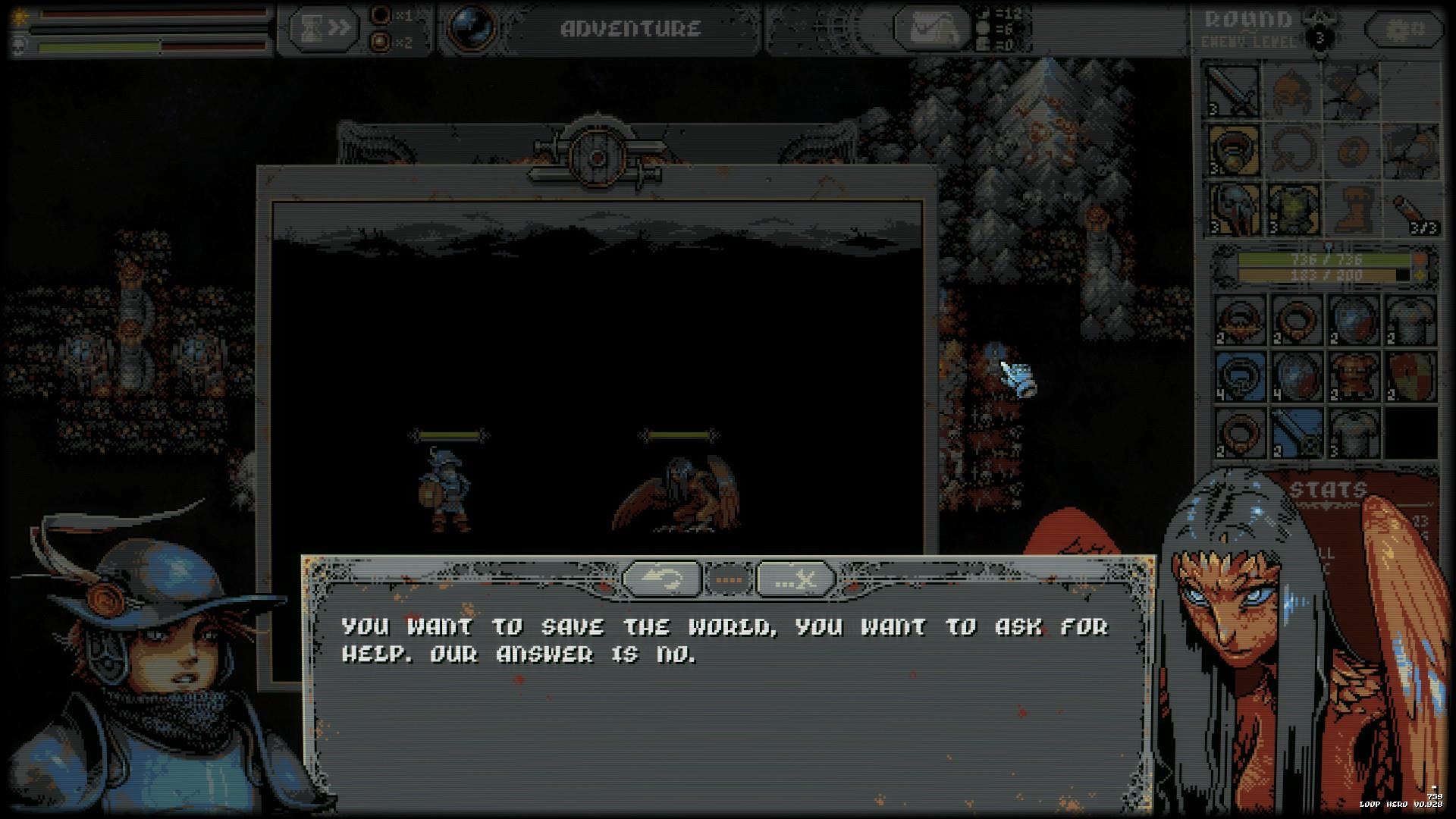