Along with announcing the game, Square Enix released a demo in the Nintendo eShop. As has been Square Enix's practice lately, the demo allows players to experience a healthy chunk of the game for themselves, then give feedback to Square Enix about their experience. I've noticed on Twitter that a lot of folks have been playing the first battle in the demo, then deciding that the game is "pretty cool" before setting it down. This is a mistake. Continuing on with the TRIANGLE STRATEGY demo reveals a complex and mature narrative that reminded me more than anything of Game of Thrones.

Once you get into the story of the Project TRIANGLE STRATEGY demo (which starts, like Star Wars, with chapter IV), you realize that this is a story about the great houses in a larger kingdom vying for control of the throne. Almost immediately, the king is beheaded, and the Prince that you assume to be the main character turns out to just a pawn in the others' political machinations. Alliances are strained, and the lords in charge of the great houses are forced to make hideous choices between unthinkable options to keep their populace safe.

There is a lot of story that takes place between battles, but as you start to get comfortable with the characters, the extended cut scenes become downright intriguing. There are lies and betrayals, twists and turns. Hostages are taken, and the good guys are forced to go to battle against their allies. There's an advisor that sacrifices himself for the royal house member he is sworn to protect. And then there are the mysterious merchants out in the desert, who seem to be plotting against everybody. And how about the sex-addicted villain? Don't believe me? 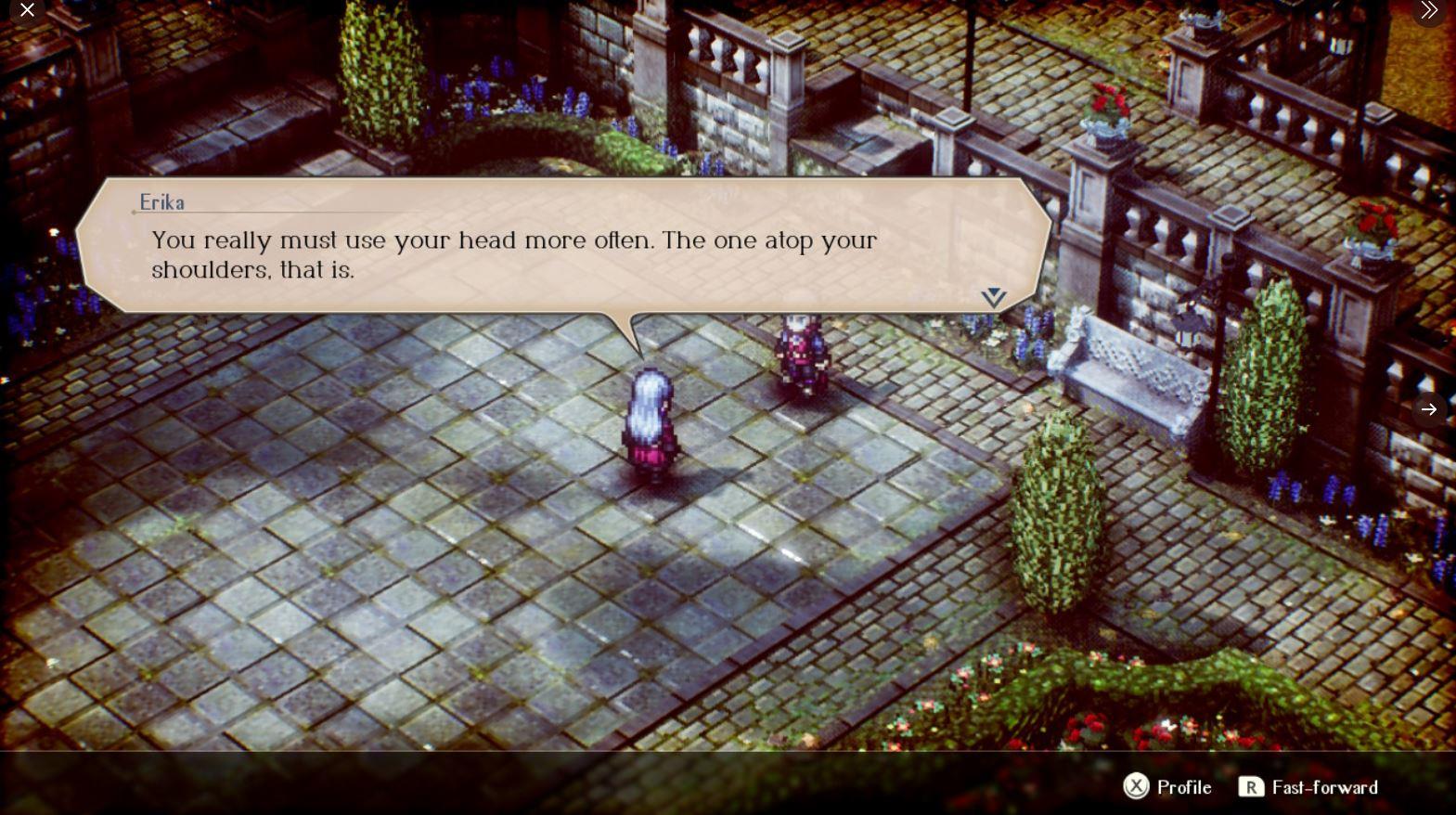 Yeah, that happened. She totally just caught her brother getting busy with the help over in the bushes. And this is just the demo.

Beyond the mature plot (by which I primarily mean "adult and complex" as opposed to "MA for Adults Only"), there are a number of richly drawn character that feel like they just stepped out of a fantasy novel cycle. The narrative seems to be drawn in shades of gray, featuring moments of indecision where the characters are forced to make choices when there are no good answers.

Gameplay-wise, Project TRIANGLE STRATEGY looks like something special. For a demo, there are some great abilities these characters take into battle. My favorite is the Spy, who can attack in battle and then take another turn - and she has the ability to vanish. So she can run up on a fool, shiv  them from behind, and then just...disappear. Then there's the guy who can throw up an ice wall in the middle of the battle field, blocking paths and creating choke points. Every character in the demo is totally unique, and the way their powersets work together is downright delicious. And more characters arrive into the fold as the demo goes on. I just found this shaman lady, who seems to have weather-based powers (lightning attacks!). 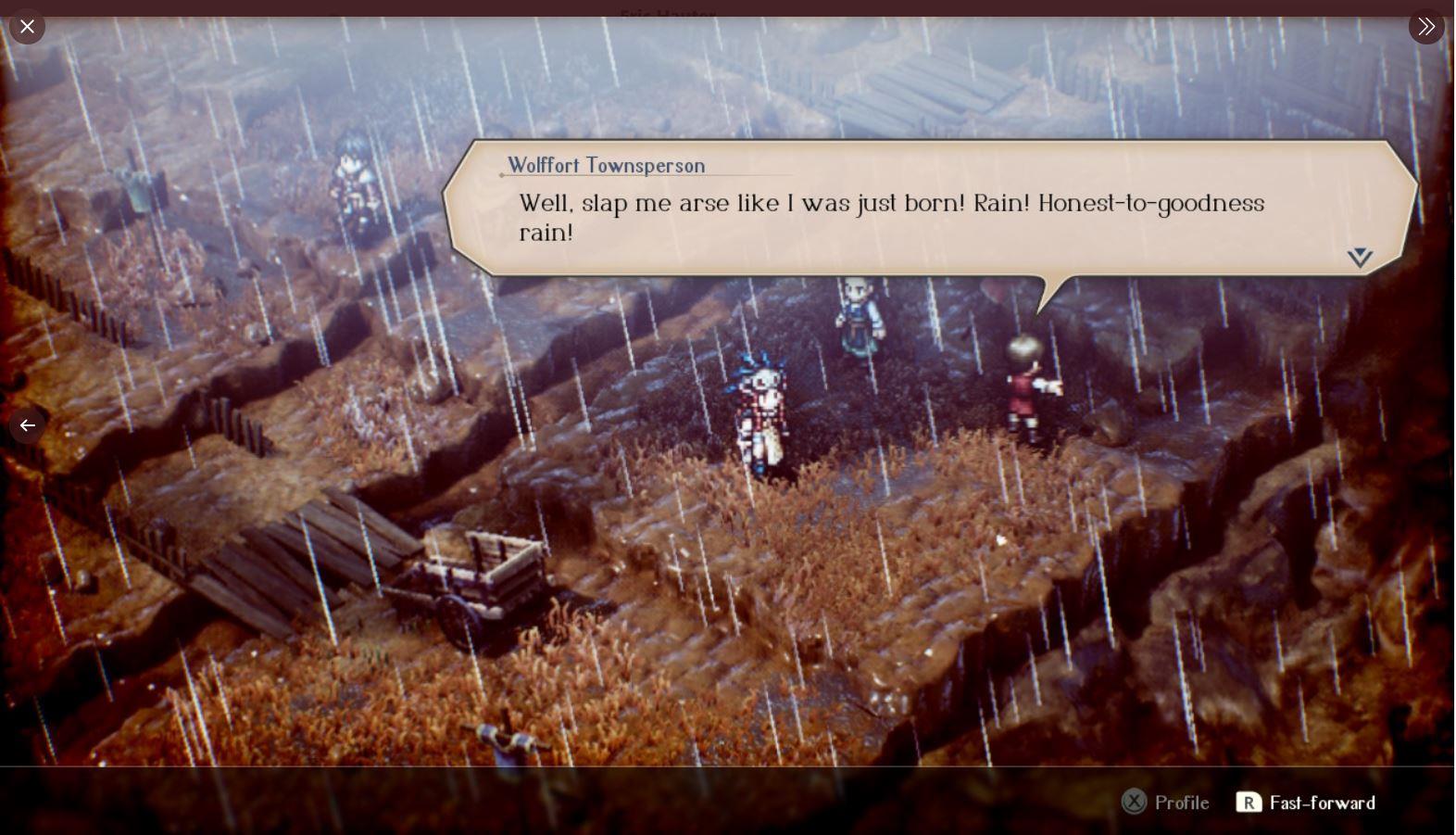 I am totally impressed by what I have seen of Project TRIANGLE STRATEGY so far. This demo feels like a slice taken out of a complete game - fully fleshed out and ready to go. But more than that, the game seems to take place in a fully realized fantasy world, with a narrative that is dense and mature. I can't wait to see what the final product looks like. If it is as rich, deep, and complex as the demo is, Project TRIANGLE STRATEGY may well be another Square Enix classic.