Study finds that the pandemic has led to more Americans playing video games. Yet there's a good chance that video game you were looking forward to this year gets delayed—thanks, Covid. And Embracer Group, a company that owns a number of video game studios (including Gearbox and Volition) is creating a comprehensive archive of every video game ever made.

So, this is what we're playing:

I completed Little Nightmares 2 this week. It's certainly an intriguing game and one that builds on the first game in some significant ways. Intriguing because no matter how repulsive it gets, I was just unable to put it down. Kudos to a game that can achieve that.

On the side, and feeling like I'm missing out on the Valheim craze as I don't game on PC, I've been returning to another Viking game, Assassin's Creed Valhalla. I should've beaten it by now but I keep getting distracted off the main path by the wonderfully weird side quests and mysteries that litter the land.

Yes, I'm still playing Red Dead Online. And yes, I've joined the vast majority of the GN staff on our private Valheim server (everyone seems to have abandoned my sweet lakeside house for some sloppy shack put together by Randy and GN alumnus Dan Keener). But the real game that is taking up most of my mindspace this week is Assassin's Creed Valhalla. I started the game on Amazon Luna, more to test out the platform than to engage with viking adventures. Then, due to the magic of cross-progression, I swapped my playthrough over to Stadia. I put in a couple of hours, and promptly forgot all about my bald Eivor and her adventures in England. But last week I was inspired to pick the game back up, and I'm now about 20 hours in. I've made a couple of allies, defeated Grendel (sad times), and pulled that axe out of that guy's head. I'm absolutely loving Valhalla - though I am sometimes bewildered by the differences between it and AC Odyssey. Why can't I mark bad guys with my bird? Why is the skill tree so sprawling? Should I focus on just leveling up one set of armor, or switch it out for other stuff? What, exactly, does my second-in-command do? The only way to find out is to keep playing, I suppose.

Valheim sold 3 million copies in less than three weeks? Better make that, like, 3 million and five when you include us Gaming Nexus crew. Once in a while we stumble upon something that captures our fancy. Sometimes it's a dud, like us trying to replay Neverwinter Nights. Sometimes it's a perennial hit, like 7 Days to Die. Sometimes it's one we all remember fondly, like Elite Dangerous, back when we each had our HOTAS dialed in. This time it's Valheim. Which, for me, has mostly been Red Dead Online's house-building song set to an Assassin's Creed Valhalla backdrop. I'm leveling up logging skills faster than you can say, "That tree just killed me."

I am all aboard the multiplayer survival and sim train right now. Quite literally in fact with my regular Thursday night group jumping into Satisfactory and using trains to transport our precious precious resources. The engineer side of me is absolutely stoked that I can now play a game that revolves so heavily around logistics and efficiency while also providing some zany mechanics to allow us to still do incredibly dumb but rewarding things. My plans for now include slowing down our factory's advancement in order to build a racetrack for our factory cart, because they're tiny and incredibly hard to control, aka perfect for racing. I've also been brought a great deal of entertainment by Valheim so far. I think I've done as much reading up on the game as I have playing so far but am looking to change that this weekend. There's definitely some frustrating components (one day we will have flattened the ground successfully) but that is to be expected with a game in early access. I'm looking forward to being able to take on some of the games bosses with the GN crew, and to start up a boar farm for our meat and leather needs.

So despite getting the Xbox Series S, and my PlayStation 4 back, I dove back into Super Mario Galaxy and forgot how good that game really is. I have it on the Switch now, a part of Super Mario 3D All-Stars, and I'm flying through it, knowing it's going to get more and more difficult. I also went back to Age of Calamity: Hyrule Warriors, which has so much to do. In my opinion, it's very underrated. Also, I have been going back through the NES Online catalogue and using muscle memory to play through Kid Icarus and The Legend Of Zelda.

Control, Ginga Force, Miles Morales, The Medium and Cathedral are all on deck. Stay tuned.

A lot of us have jumped on the Valheim train and I am also one of them. This weekend I'll be trying to level up my Viking and looking to take down the first boss so I can get a pickaxe to bust stones. Stones seem like a very hard thing to come by early on. It's a nice change from the 7 Days to Die way of survival, and we got a lot of people in the game so it's pretty fun to play with a bunch of the Gaming Nexus group.

I spent last weekend updating my arcade fight stick with trackball, which houses a Raspberry Pi 4 inside and I'm going to do some retro gaming with the family. It took a few weeks to get all the parts necessary to put all the external ports I wanted and I finally have it all put together. Time to do some old school gaming. 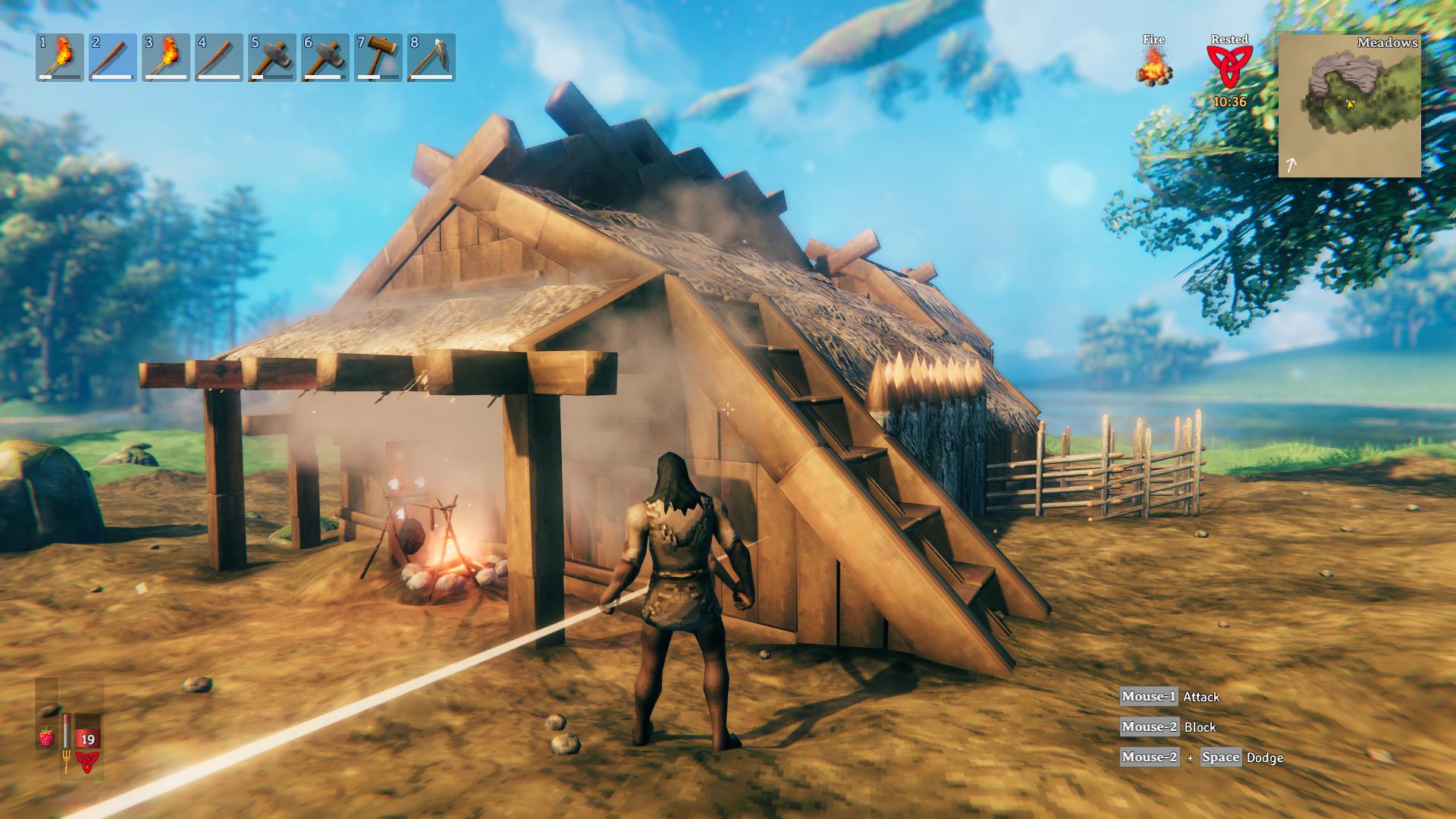