The Super Seducer games have been lurking online - and has been an ongoing in-joke at Gaming Nexus - for several years. The product of "RLR Training", Super Seducer 3: The Final Seduction puts players in the shoes of Richard La Ruina - a "dating coach" of questionable qualifications. After years of snickering at the idea of covering Super Seducer games, we finally caved in and asked Games N Moorer to stream the game. 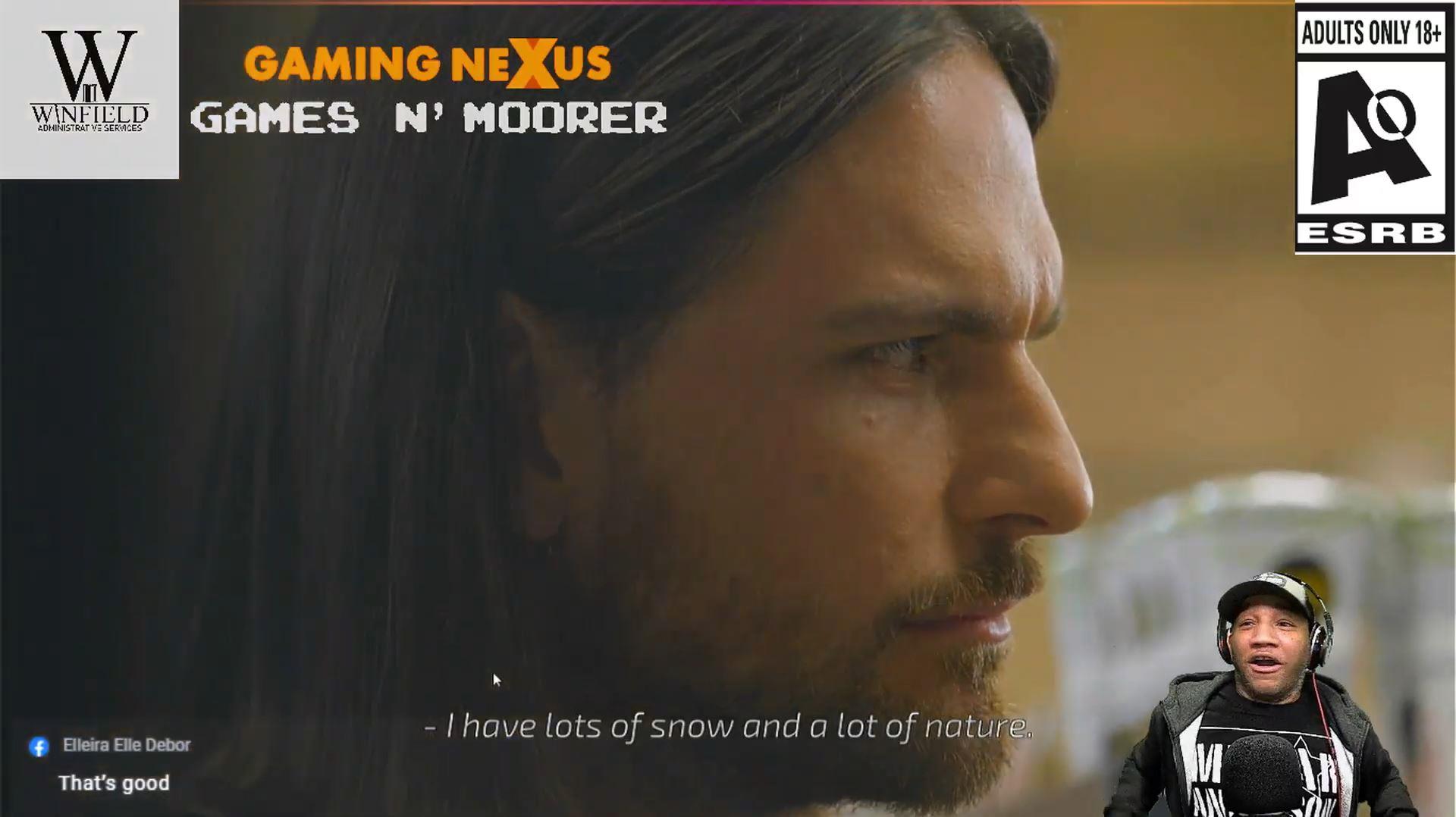 Wildly out of touch with the current culture, Super Seducer 3 allows players to maneuver several scenarios in ill-advised attempts to pick up women and take them home. There is no question that the game is off-color, offering players wild options that are clearly only in place to provoke. After choices are made, La Ruina pops in with feedback on whether the player is moving in the right direction or not. Of course, it's tough to take him seriously when he is sitting in a room of unclothed women.

Games N Moorer's Joseph Moorer took the best possible route when we asked him to stream Super Seducer 3: he asked a woman to join him and help him make the choices, and took input from the rather sizable group of viewer that joined him. Many of the choices are so off-color that Joseph refused to read them out loud. At one point early on, a wrong choice is made, causing La Ruina to scream "I'll beat you like I beat my children" to a woman he just approached in the grocery store. The moment was shocking, but watching Joseph's reaction was howlingly funny - one of the most hysterical moments I've ever seen on a stream.

The entire game is incredibly inappropriate, with the camera constantly leering over women's bodies. While language is very adult, nudity in the version of the game we used has been blurred out. Still, this is not a stream for kids, and you will have to click through to YouTube and confirm that you are adult to actually watch the video. Watching Joseph's face is kind of worth the clicks.

Super Seducer 3: The Final Seduction is coming soon to Steam, with an expected release date of "as soon as Steam approve us." It seems that the game was scheduled to release on February 14, but Steam rejected it.

According to a post on Super Seducer's page, "Unfortunately we had some issues getting the game approved by Steam. The game is relatively sexy, although we thought it wasn't too sexy. Steam have some rules relating to games with "real people" and that is the reason why our game was rejected.

"We have submitted a revised version of the game that censors the things that Steam didn't like. We expect this to be accepted but unfortunately can't be 100% sure how long they will take. We submitted it on Friday 12th and the usual review process is 2-3 days. Possibly it'll be fast because they already reviewed the game, or maybe it'll be slower because they are very sensitive about our type of game."