So there I was, just meandering down a swampy road in the middle of nowhere, hunting for alligators on my trusty horse Enchilada. (Wait, you say! Aren't your horses named Nacho Cheese, Taco Meat, and Salsa? No, Nacho and Taco are my Red Dead Online horses. Salsa is the dog.) It was a pretty day. The sun was shining, the alligators were plentiful, and me and Enchilada were in a good mood.

Suddenly, from out of nowhere, this guy comes riding up on a sad-looking horse to ruin the pleasant vibes were were throwing into the universe. The guy and the horse were both looking so rough that Enchilada and I couldn't help but judge them for their sorry state. "Look at that, girl," I say. "Lucky the alligators didn't get them." Enchilada snorted in agreement. She has no tolerance for fools. The guy mumbled some nonsense about getting ambushed, and then he just fell off of his horse and into the mud. Sad.

My first instinct was to shoot that sad horse and allow Enchilada to trample the guy and leave his body for the swamp critters - I could tell she wanted to. But I'm a man of mercy, so I took pity on this pathetic soul. I scooped him up, and threw him over Enchilada's back, even though I knew how insulted she would be. I figured if I could get this guy to a doctor, maybe they might find a way to save him. I've been shooting a lot of folks lately, and I needed a good strike or two in the books. Jesus is watching, and all that.

Enchilada and I tore ass through the swamp, knowing that the closest doctor was in Saint Denis. The guy kept falling off the back of the horse, which was making Enchilada mighty impatient, but as much as she wanted to just leave him, I kept stopping and tossing him back onto the horse. There was a bit of moaning and groaning, but I was able to block that out all right.

When we finally arrived at the docs, the guy was in pretty sad shape. I carried him through the door, hollering for help. The doc saw us and shouted for me to take the poor fella to the back. The doc had me place the guy into a chair, and then advised that I leave, thinking that I wouldn't want to see what came next. The doc thought wrong. 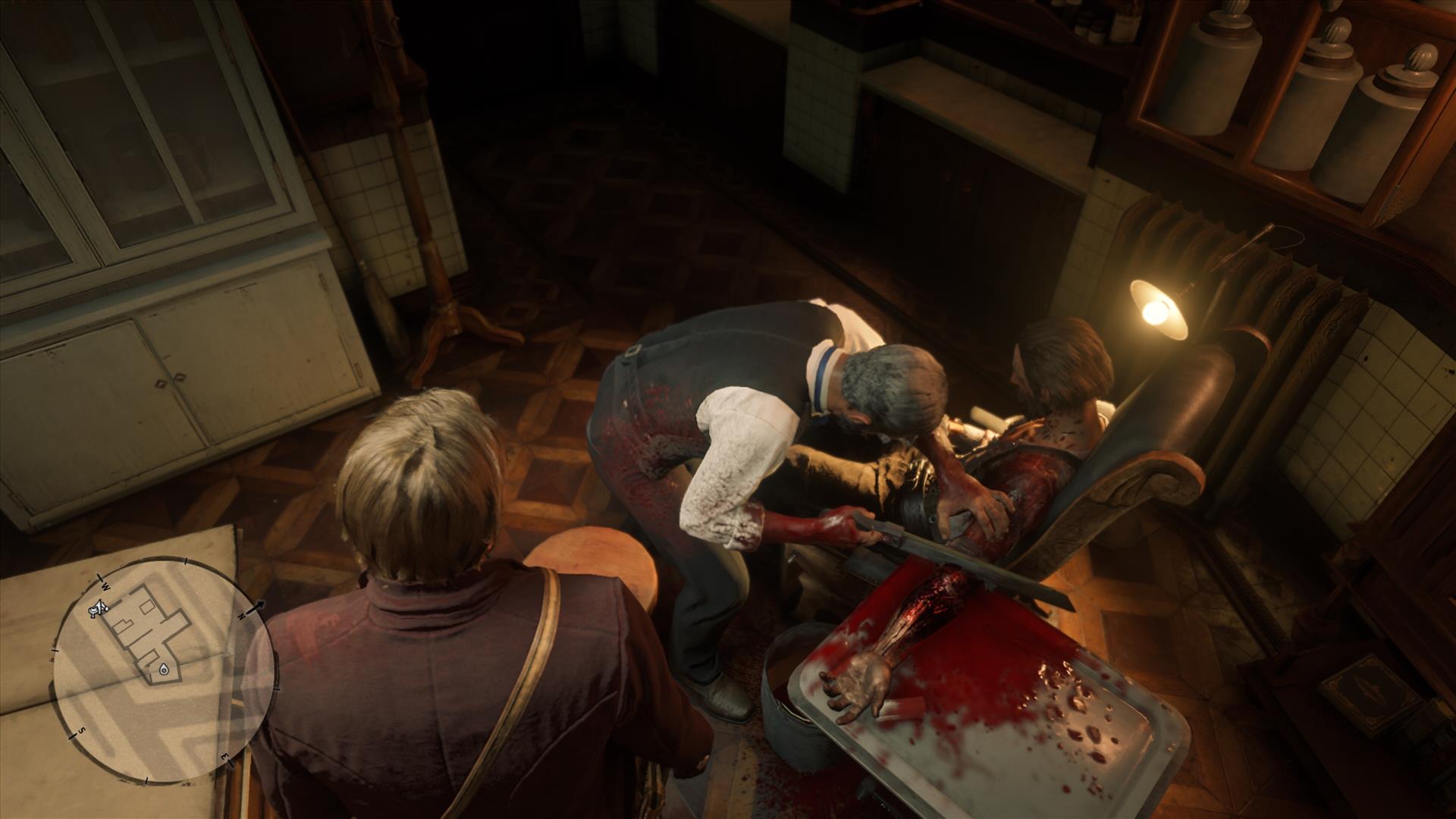 Real talk, it's pretty astounding the lengths to which Rockstar went to make little scenes like this realistic in Red Dead Redemption II. The player is perfectly free to stay and watch the doctor operate or simply walk away. Many games would have just run a little cutscene, and then spawned the player right outside of the doctor's office. But nope, Red Dead lets you stand right there and watch the doctor hack someone's arm off, then unceremoniously chuck it into the trash.

Thank goodness I had the presence of mind to remember to hit the capture button on the Stadia controller. Now I get to watch this whenever I want. And Enchilada gets such a tickle out of it.