Well, CD Projekt RED's having a rough few months. Not only has Cyberpunk 2077 getting the brunt of gamer's wrath, but now they a breach on their servers and had their source code and some important documents stolen.

As detailed by their post on Twitter, their servers were breached and encrypted with ransomware, but not before the culprits copied source code for games like Cyberpunk 2077, Gwent, The Witcher 3, and others as well as having some HR and accounting documents stolen as well.

Luckily, their backups were fine and they are in the process of restoring their servers. This goes to show that you should be prepared yourself in case something like this happens to you and seeing a large company like CD Projekt RED go through this really enforces the need to have your system secured as best as possible and important data backed up.

They are saying none of the servers compromised had personal information on players so that's some good news.

CD Projekt RED's situations hasn't gotten better with the new year, but hopefully they can pull through all of this and also fix the problems that Cyberpunk 2077 has as well. 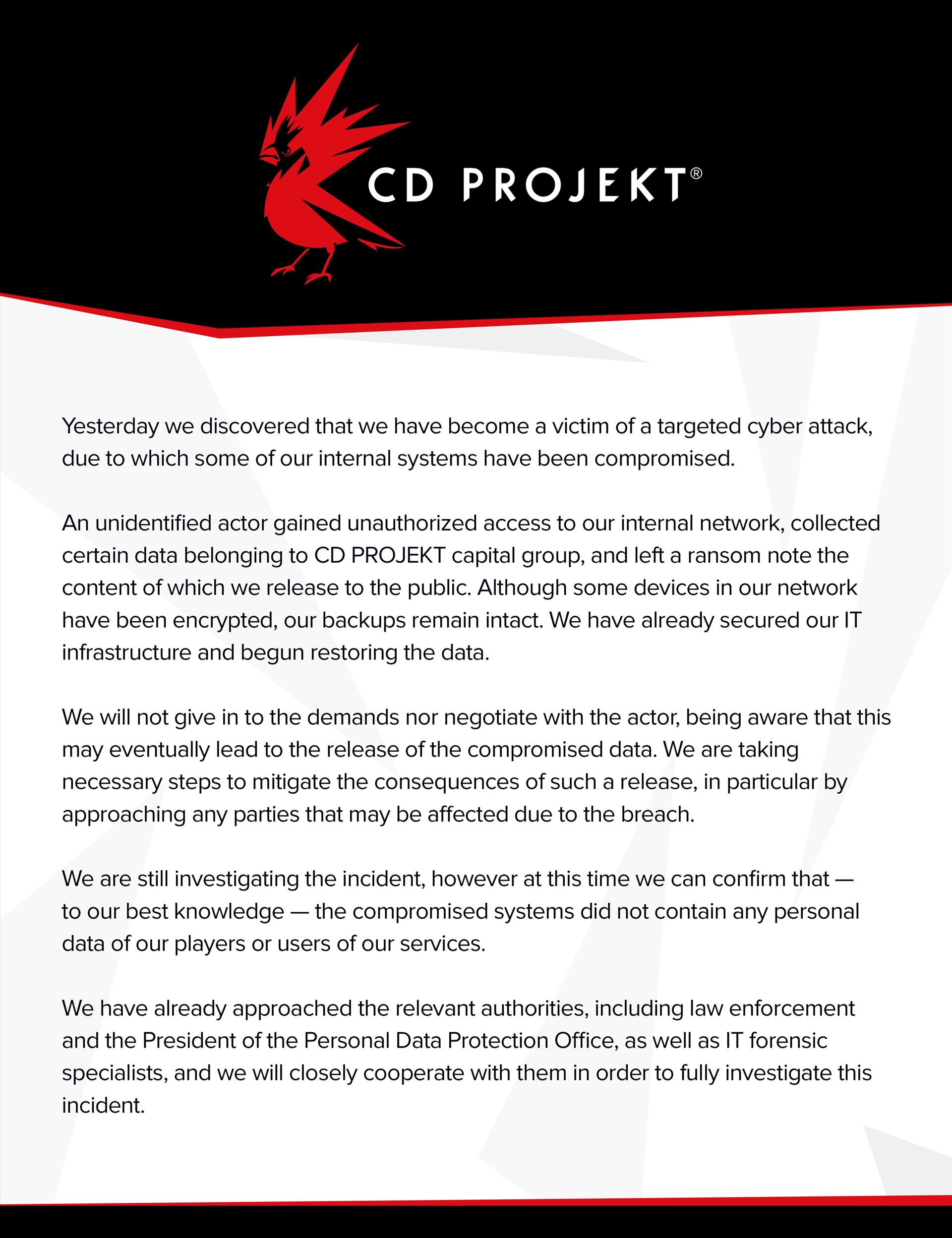