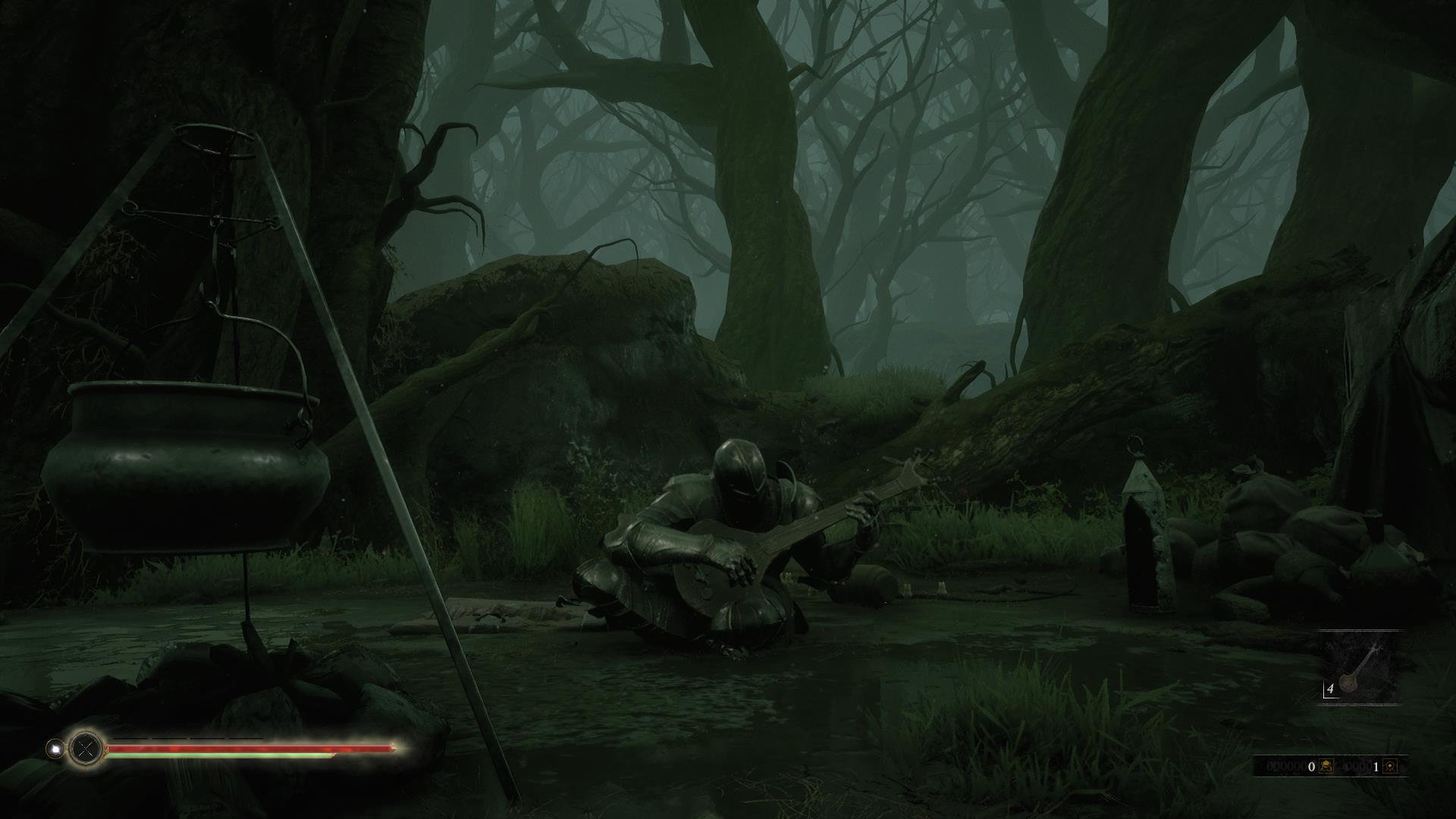 With 48 hours to go before my Werewolf: The Apocalypse – Earthblood deadline, I'm doing that thing critics sometimes do and playing anything but my review assignment. That's not an indictment against Werewolf. It's an indictment against my work ethic. And the game taking me out of the correct headspace is Mortal Shell.

Mortal Shell is not affiliated with developer FromSoftware, and doesn't have its checks signed whenever a Soulsborne game is sold. It's not Demon's Souls, Dark Souls, Bloodborne, or even Sekiro: Shadows Die Twice. But Mortal Shell owes its existence to these games. Games defined by their commitment to full-golf-swing sword animations, boss fights with health bars longer than your ultrawide monitor, and even low-tiered enemies with a forgiveness that I'm going to say is rather unforgiving.

Yes, this is another so-called gamer having a "coming to Jesus" moment with the Souls-like genre. I didn't like 'em. I didn't want to play 'em. What I'd watch on Twitch only reaffirmed my distaste for this whole category of video games. Even the streamers that kept their cool during death screen after death screen. Why play into your own frustrations? What's on the other side of that wall you're bashing your head against? Who do you think you're fooling, you fake Mahatma Gandhi? Then again, people drink alcohol, a downer, in the club, trying to keep the party going; and people drink coffee, an upper, in coffee shops, trying to keep quiet. It's part of the challenge, I suppose.

Here I am, too. Encased in this Mortal Shell. Getting beaten by this downer, trying to keep my head up. Reminding myself of what it's like to be afraid of the game I'm playing. Nearly reliving the sense of loss that used to come 25 cents at a time in loud, dark arcades that smelled like ash trays and sticky soda. Exploring, now, a game that expects me to walk slowly into each room, but dares me to become a speed runner like everybody's watching.

Then, after having nothing to listen to but the wheezing, dying breaths from my enemies, I sit down, take out my lute, and pluck away at a tune. It's not even good at first. My playing is notably bad. But I get better, simply by playing the thing. It's a brilliant touch. Playing some four-string melody to myself in the middle of the swamp. Sitting crisscross applesauce, rocking gently to the music, articulating notes through my gauntleted hands like a medieval Rodrigo y Gabriela (either one).

I don't know whose bright idea it was to let your Mortal Shell pack around an acoustic instrument in a land that wants to kill every part of you. But whoever thought of it, I'd like to thank them. Playing that lute let me pace myself. Sitting down, strumming a tune, and panning the camera around let me acclimate to this frightening, exhilarating new-to-me genre. I come from a long line of vanilla RPGs. I cut my teeth on level scaling and difficulty sliders. I'm just now realizing that Mortal Shell may be the first game I've played in 20 years that doesn't let me pick between Mr. Rogers Story Mode and 187 Murder Death Kill. Don't tell anyone, but I would've gone with Mr. Rogers.

So, thank you, Mortal Shell. Thank you for the lute. Without it, I might've never found my pace through Mortal Shell. Might not have even gotten my foot in the door without it. Playing it doesn't make me good at Mortal Shell, oh no. But it's kept me invested longer than I thought I'd be. Kept me wondering, If they included this as the singular bit of music I get to take in during this harsh, spartan gameplay session, what other flashes of brilliance are there to be found? I do, it seems, want to find out.

The video below is me learning how to die—to the tune of a secretly hard-rocking lute player. Now if you'll excuse me, I have to write up a review for an entirely different game.