Outriders was supposed to release this February but it has been delayed for a few more months. However, there is goo news as a demo for the game will be released and will be available to everyone in February.

On February 25th, 2021 there will be a free demo of the game released giving everyone a chance to play the first few hours of the game with all four classes in both single player and co-op. Also your progress will carry over to the full game. 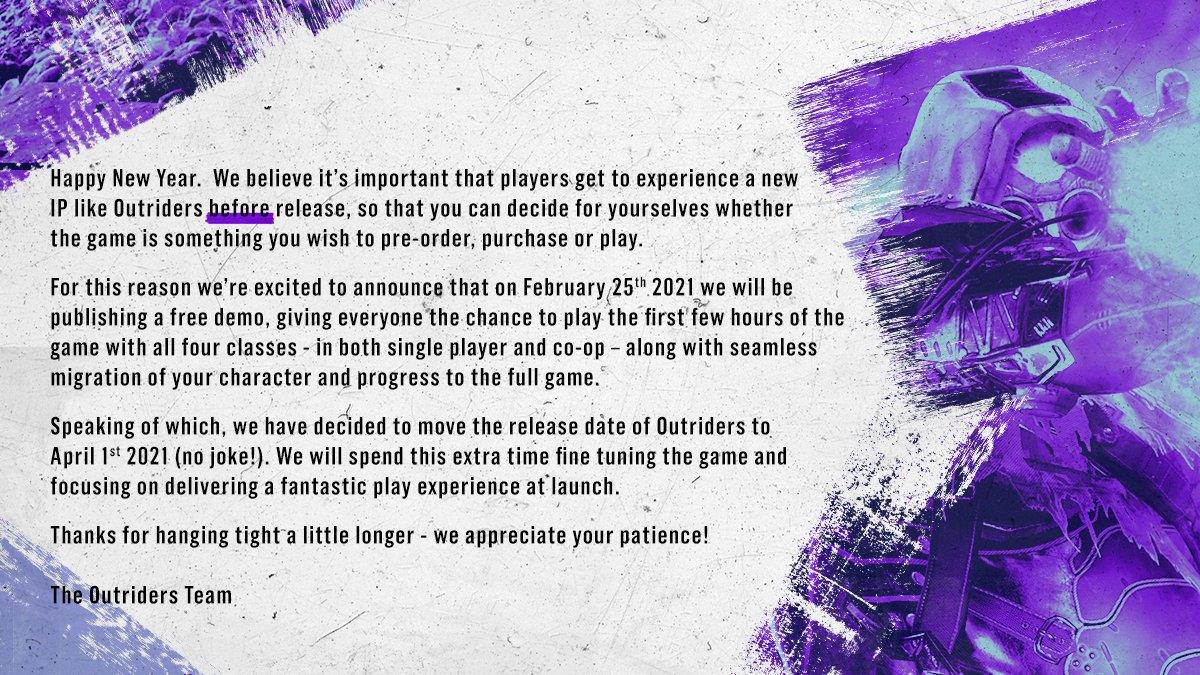