With a week off between Christmas and New Years, a pandemic raging outside, and cold, rainy weather keeping the family in the house, I was hoping to find a game to sink into to help ease my soul and pass the time. After trying a few different titles (Monster Hunter World, Days Gone), it turns out that the game I needed was Red Dead Online - though I'm probably not playing it the way that most folks do. 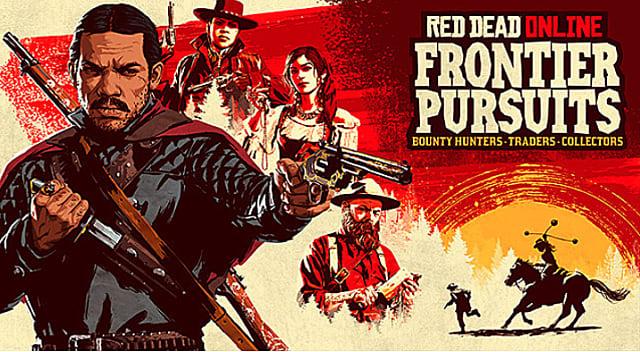 My time with Red Dead Online has been spent primarily engaging in the Trader role. Sure, I've spent a few hours running around the Wild West, bandit-ing out and rampaging with my son and my GN staff-mates. But during my solo time (which is about 20 hours at this point), I've been taking my horse Nacho Cheese and setting off into the mountains on hours-long hunting expeditions.

I dismount Nacho and pull out my bow, and then creep around, silently killing anything that moves. I've slowly learned Red Dead Online's three-star animal rating system, and taking down a three-star prize is a great thrill. But I go ahead and bag anything I can get. I've been saving up for a more powerful rifle, as my bow isn't strong enough to take down the bison and elk that hang out near my camp, and I have to blast them so many times with my repeater that I ruin their pelts. 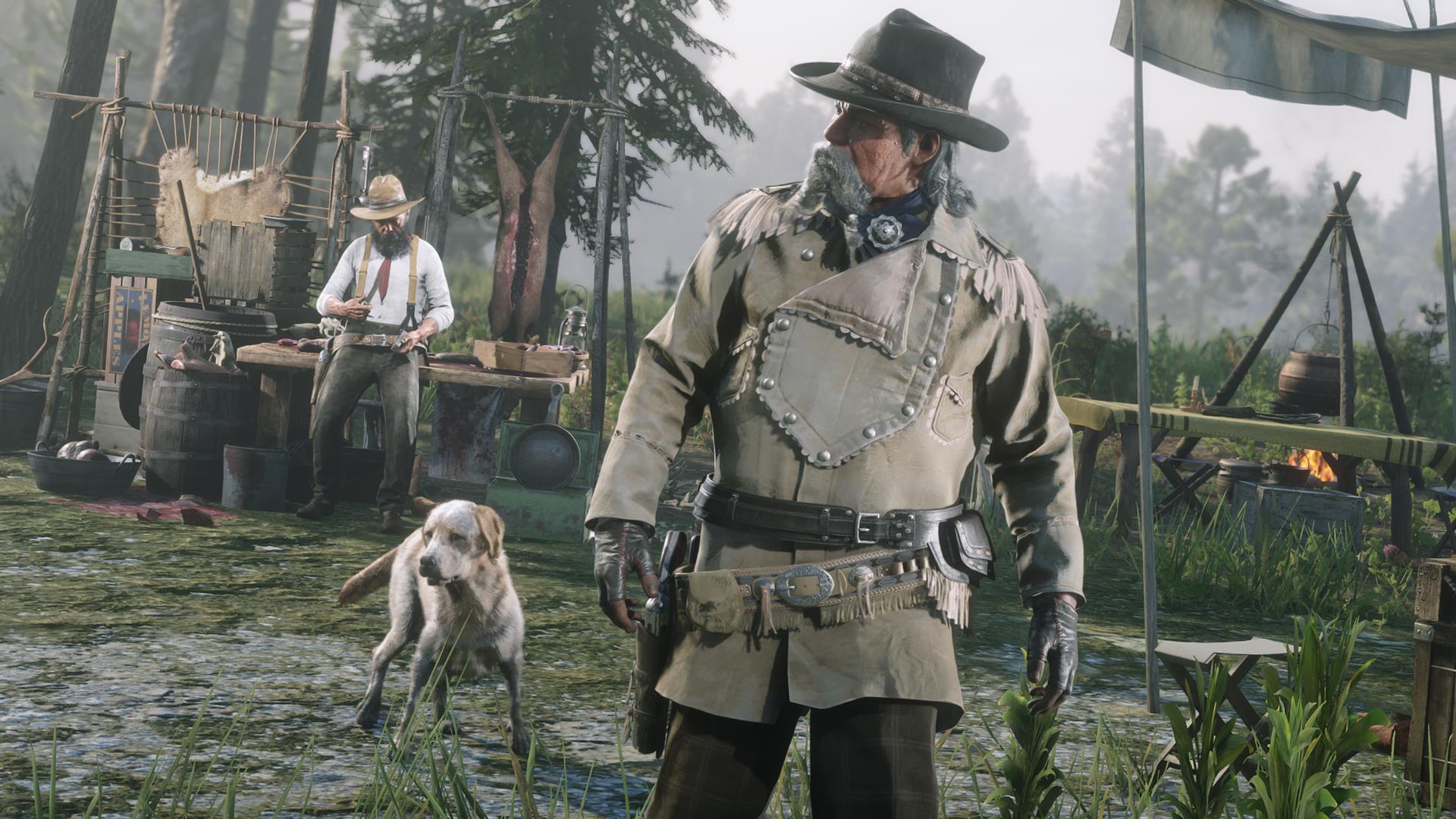 I've hunted deer and coyotes, quail and skunks. My bags are so overpacked with meat that I have to run to the butcher once every 90 minutes or so to sell it all off. The money is flowing nicely, but that's not the point. For me, its the thrill of the hunt - something I've never enjoyed in a video game before now.

Strangely, I've found this aspect of Red Dead Online to be family appropriate. My wife doesn't seem to mind the kids watching me hunt and bloodily skin any number of animals - she seems to feel that it's more realistic than most games I play, and teaches the kids about where food comes from. And my 8- and 4-year-olds are having a great time keeping their eyes peeled for prey, and they get a sick kick out of shrieking "Eeeew!" when I skin a bear.

I'm utterly unconcerned with other players. I've only been bothered by them a few times, when a posse rolls up on me and kills me repeatedly. For a while, I was simply using the game's parlay system to get them to leave me alone, but I've since decided to change my stance to "Defensive" to prevent random attacks while hunting. It just sucks too much when I have a three-star buck on the back of Nacho Cheese and I'm moseying back to camp, and some dude shows up and kills me and Nacho. I don't mind being killed (nothing really bad happens, you just spawn a short distance away), but I hate losing my kills. I'm a recluse hunter - I just want to be left alone while I supply my small company with pelts and antlers.

Red Dead Online is providing me a lot of quiet fun during this holiday season. I'm actually finding it relaxing - which is something I never thought I would say about a Rockstar game. I've got the full game on Stadia (I'm playing the Online portion on PS4/PS5), and I think I may circle around and give the story mode another look. If the hunting is that strong in the story, I may pivot over that way, and eliminate other players from my experience altogether.

But for now, I'm content to stalk the frozen Rocky Mountains, blasting away at elk and shooting ravens out of the sky. Red Dead Online's accurate representation of wildlife is simply stunning, and I'm having a marvelous time living off the land in this wondrous wild world Rockstar has created. This is the best five bucks I've ever spent.