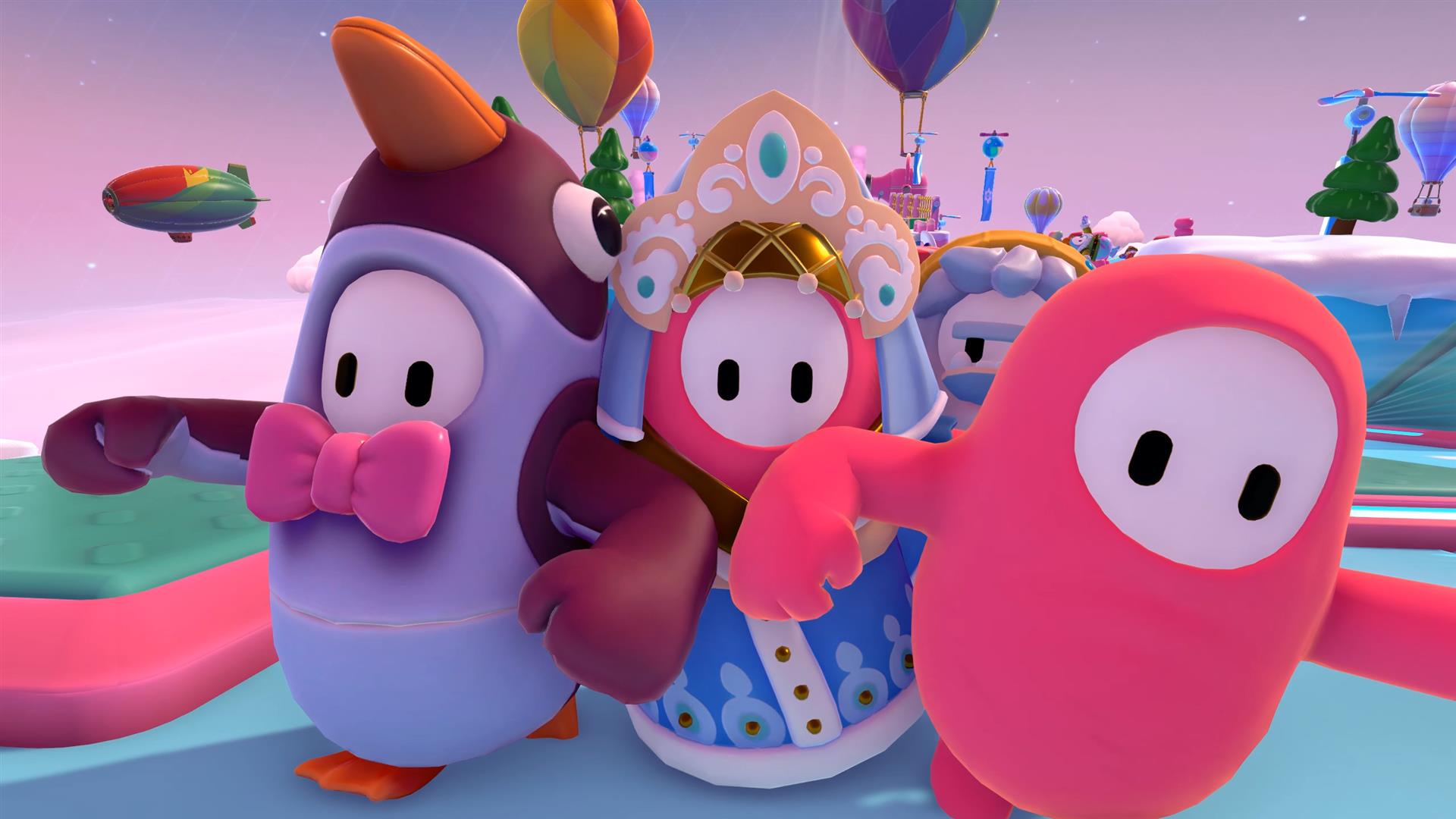 If there's been one constant during These Uncertain Times, it's been the sound of my 10-year-old booting up Fall Guys for a few rounds of Sucky Slime Level, Fruity Memorization, or Teeter Totters. I know that Among Us came along and stole the quarantine crown from Fall Guys, but there's no way I'm having my daughter hop online in order to get better at accusing and/or deceiving randos and/or friends on the internet. So, letting her play a few minutes of Bean Dudes each day has been by far the more wholesome experience for us.

And hey, Season 3 of Fall Guys is here! With its wintry theme and even more prominently featured slippy surfaces, things are getting cool and slick. The levels look like candy cane-coated games of Candyland, there are punchy gloves that basically turn you into a Mario Bros. coin block, and the oversized soccer balls now look like gumballs. It's snowier than Skyrim up in here. There are cute penguin, candle (?), and floofy beanie costumes, entirely new levels, and even gold-plated versions of prior-season favorite outfits. Neon glow and marijuana leaf skins are no doubt not far behind.

If your Zoom Fatigue has evolved into Lying to Other People Fatigue (Among Us) or Developers Lying to Gamers Fatigue (dare I say Cyberpunk?), then do kindly remember that Fall Guys is out there for your far more warmhearted Holiday gaming. Jelly Boys Season 3 is out today.